Perrier and Warhol Celebrating 150 Years of Bubbly Water With Art

on September 05, 2013
With material from a media release:

Perrier and Warhol
Celebrating 150 Years of Bubbly Water With Art 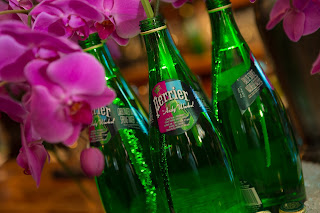 TORONTO - Last night I helped to celebrate the 150th anniversary of Perrier in Andy Warhol style at a private club downtown. Tomas Longo of The Andy Warhol Foundation (pictured below with Bonnie Hillman, President of Arts & Communications) was on hand and he described how the Foundation works for artistic freedom around the globe by giving out grants for curatorial research fellowships, program support and scholarly exhibitions (currently accepting applications to March 2014). The Perrier packaging is very cool.

PERRIER AND WARHOL: A LONG RELATIONSHIP
In 1983, Andy Warhol created over 40 works of art inspired by the iconic Perrier® bottle. Perrier 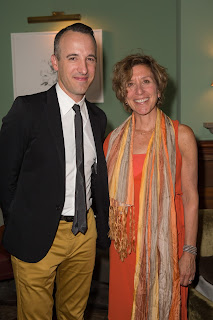 reconnects with this legendary artist through the Andy Warhol Foundation for the Visual Arts and presents exclusive limited-edition Perrier packaging based on Warhol’s brilliant art.

More than 20 years after his death, Andy Warhol remains one of the most influential figures in contemporary art and culture. Warhol’s life and work inspires creative thinkers worldwide thanks to his enduring imagery and celebrity.

As the preeminent American artist of the 20th Century, Andy Warhol challenged the world to see art differently. Since its founding in 1987 in accordance with Andy Warhol’s will, The Andy Warhol Foundation has established itself as among the leading funders of contemporary art in the United States having distributed nearly $250,000,000 in grants. The foundation’s ongoing efforts to protect and enhance its founder’s creative legacy ensure that Warhol’s inventive, open-minded spirit will have a profound impact on the visual arts for generations to come. 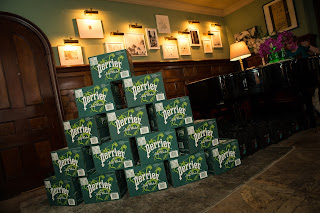 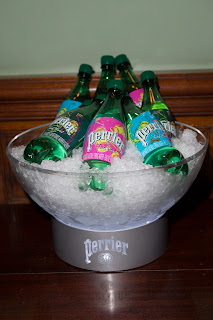 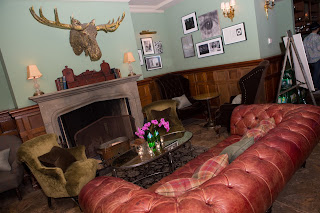