September’s programmes include works to celebrate Benjamin Britten’s centenary,
performances by Itzhak Perlman and a Gala Evening with Lang Lang

TORONTO - Peter Oundjian launches his tenth season as Music Director of the Toronto Symphony Orchestra, with a feast of rich and powerful music. On September 18 and 19, the inaugural concerts of the season will feature the first of several works by Benjamin Britten to be performed this season in honour of 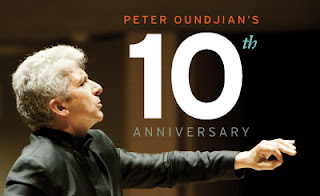 One of Britten’s best-known pieces, Variations and Fugue on a Theme of Purcell (The Young Person's Guide to the Orchestra) is paired with Antonín Dvořák’s lyrical Symphony No. 7. Guest cellist Alisa Weilerstein, who "performs with soulful expression and physical abandon," (The New York Times) will take centre stage for Elgar’s Cello Concerto.

The celebration of a new season continues on September 21 with a dazzling Gala evening, featuring renowned pianist Lang Lang as he performs two 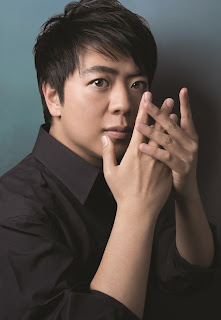 Mozart Piano Concertos (No. 17, K. 453 and No. 24, K. 491). The evening’s repertoire also includes the stirring Overture to Wagner's Tannhäuser. Following the concert, everyone is invited to stay for a special post-concert lobby party with DJ Brendan Canning of Broken Social Scene.

Few soloists would tackle Tchaikovsky's violin concerto when it was first composed in 1878, yet today it remains an admired classic. A beloved guest of the TSO, Itzhak Perlman takes on Tchaikovsky’s piece for two engaging evenings of Masterworks performances, September 25 and 26. The programme also includes a fascinating clarinet concerto that Britten began composing during World War II for Benny Goodman, but never finished. The final arrangement by Colin Matthews will receive its Canadian première with the TSO, conducted by Peter Oundian and featuring TSO Principal Clarinet Joaquin Valdepeñas. Pre-concert Chat in the Lobby at 7:15pm on September 25. 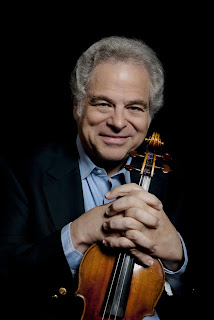 On September 28, the first Casual Concert of the season marks the TSO début of young violinist Ray Chen in Mendelssohn’s Violin Concerto, the composer’s last large orchestral work. In 2011, The Times of London wrote, "[Ray Chen] plays with a maturity that scarcely suggests someone still only 21. Colours dance, moods swing, and Chen's artistry blazes."

• Casual Concerts  are performed without an intermission and are followed by a party in the lobby with more live music.

The same programme, with the addition of Britten’s Variations and Fugue on a Theme of Purcell, is repeated at the George Weston Recital Hall, Toronto Centre for the Arts, on September 29.

Join the Toronto Symphony Orchestra for a behind-the-scenes look at how the Orchestra prepares for a concert. Culture vultures are invited to a special Culture Days Open Rehearsal on Saturday, September 28th at 10am, led by TSO Music Director Peter Oundjian. The Orchestra is joined by violinist Ray Chen as they prepare Mendelssohn’s dramatic Violin Concerto. Culture Days participants will have a special opportunity to sit in the choir loft, allowing for an up-close look at the rehearsal process.

• Seating is limited, to avoid disappointment, please RSVP in advance to RSVP@TSO.CA or call 416.598.3375.
• Access Roy Thomson Hall through the backstage entrance off Wellington Street West at Simcoe Street.