TORONTO - One of Canada’s most renowned figures in performing arts, Robert Lepage creates a new production of his acclaimed Needles and Opium. Presented as a hypnotic series of vignettes, this fascinating, introspective show explores the complex relationships between displacement, drug addiction and the creative 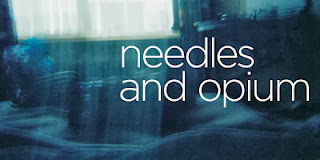 drive, as revealed through the lives of Parisian poet/filmmaker Jean Cocteau on his way to New York, and American jazz legend Miles Davis during his stay in Paris in 1949. The most startling technical wizardry at the service of a true emotional journey.

One night in 1949, on the plane bringing him back to France, Jean Cocteau writes his Lettre aux Américains in which fascination and disenchantment intertwine: he has just discovered New York, where he presented his most recent feature film L’Aigle à deux têtes. At the same time, Miles Davis is visiting Paris for the first time, bringing bebop with him to the old continent. Parisian jazz fans are ecstatic. As the notes of Je suis comme je suis linger in the air, Juliette Greco 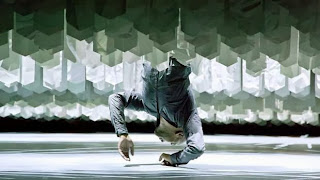 opens her arms to him.

Forty years later, at the Hotel La Louisiane in Paris, a lonely Québécois tries in vain to forget his former lover. His emotional torments echo Cocteau’s dependence on opium and that of Davis’ on heroin. There begins a spectacular withdrawal experience where the drawings of the prince of poets and the blue notes of the jazzman accompany his leap into nothingness, the desperate effort of a man looking inwards in order to vanquish his pain and liberate himself from his love addiction.

Through highly visual staging, which is as much magic as it is theatre, Robert Lepage revisits, 20 years after its first production, Needles and Opium. New scenography, original images, and the Miles Davis character 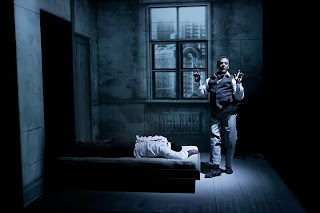 onstage complement Cocteau’s words and Marc Labrèche’s sensitive and ingenious performance. The result is a production with mesmerizing effects, a journey into the night that puts us under a spell and leads us into the light.