• Tickets
• Tickets for the Gala are available only online here, and at the door 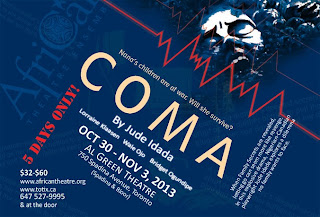 British Nigerian film and stage actor Wale Ojo (pictured below) is best known for his series Meet the Adebanjos, an award-winning British TV sitcom about a British Nigerian family living in London, UK. The show follows a larger-than-life Dad (Ojo) struggling to instill his old-fashioned African values in his black British household.  Ojo won a Nigeria Entertainments Award for best actor for Phone Swap. Other film credits include Johnny English Reborn  and The Guard alongside Oscar winner Brendan Gleeson. TV credits include guest appearances in the Emmy-Nominated No 1 Ladies Detective Agency and NBC's The Philanthropist.

Nigerian born Torontonian Bridget Ogundipe has recently appeared as 'Mayme' in Neptune Theatre's Intimate Apparel. Toronto stage credits include Language of the Heart  at Factory Theatre and  For Colored Girls Who Have Considered Suicide When the Rainbow is Enuf  at Theatre Passe Muraille. AfriCan Theatre Ensemble patrons will remember her from The Marriage of Anansewa. Ogundipe's television work includes 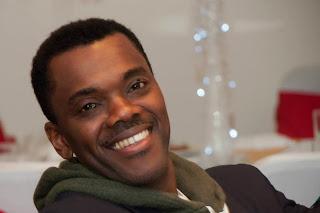 ABOUT THE PLAY:
For 15 months, Nana (Lorraine Klaasen - pictured below) has been lost in a coma in an upscale Lagos hospital room. Her doctors say she will never awaken. At the end of her rope and crushed by medical bills, Nana's daughter Ifueko (Bridget Ogundipe) makes the painful decision to end her mother’s life…but everything changes when she informs her exiled brother in Canada.  Osasu (Wale Ojo) rushes back to stop his sister.  Highlighting the power of love over hate and the healing that comes with forgiveness, COMA is an odyssey into a mother’s prolonged nightmare, a son's desire to make amends for a lifetime of neglect, and a daughter’s need to be 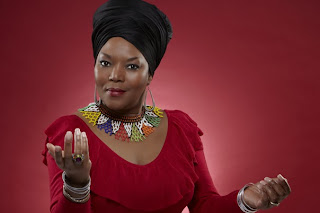 Gala: COMA’s Friday November 1 performance includes a pre-show Cocktail Gala Reception beginning at 6:00 pm, during which Juno winner Lorraine Klaasen will perform two songs for the attendees. Tickets for the Gala are available only via www.picatic.com/event13765891797372, and at the door. 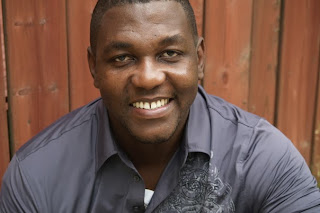 AfriCan Theatre Ensemble (ATE) recognizes the power of live art to inspire and renew the human spirit and to forge human relationships across cultures, creeds, ethnicities, ideologies, genders, and social classes. Our work presents the theatrical idioms, traditions and experiences of Africa and creates an avenue for cultural exchange between Africa and Canada. More information is available at africantheatre.org.

COMA has been generously sponsored by Radio Regent.