The Train to Basra: Salaam Plays Music from the Middle East of the Heart
Train to Basra and Other Stories
Tour dates: October 25, 2013 in Washington, October 26 in New York City, October 28 in Boston

A locomotive whistle sounds out across the desert, long and lonesome, and the engine gathers steam. Men ride on the roof of the carriage, their laughter spilling out into the night. Curled up on the luggage rack, a young boy on his first train trip alone is too excited to sleep, listening to all the voices and watching the faces, 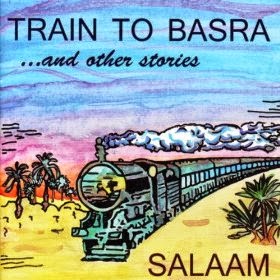 the stunning bride returning from a trip to gather her dowry, a striking and friendly family of African-Iraqis. He knows he’ll remember every moment of this journey from Baghdad to Basra. He did, and many years and miles away it became the bedtime story he told his daughter, and the inspiration for Salaam’s new album, Train to Basra and Other Stories (release: October 29, 2013).

“It’s my childhood,” explains Dena El Saffar, the daughter who grew up hearing this and similar tales and became the founder of Salaam with percussionist Tim Moore. “It’s the story my father would always tell me. It made me interested in Iraq,” El Saffar remembers.

His tales have become hers. Every track is a story she weaves, from the hopeful strains of “Awakening” and the grand sweep of “Kashaniya” to the personal connection that inspired “Iraqi-American Blues,” a track that builds on the innovative Iraqi-Blues fusion that emerged on their previous album.

“It came completely spontaneously,” El Saffar laughs. “Growing up in Chicago, my parents would take us to Blues clubs like the Checkerboard Lounge on the South Side. We were under 21, but somehow we were allowed in. We were thrilled to be there, taking in the music. My brother Amir was obsessed with it. My dad felt a connection to African-Americans, so this is me expressing how it fits together.” Her brother Amir 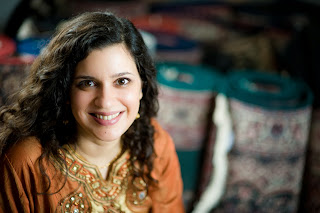 ElSaffar is a frequent collaborator with Salaam and is also known for his solo work on jazz trumpet and santoor and as programmer for New York City’s Alwan for the Arts, which presents performing arts from around the Middle East.

Train to Basra and Other Stories is the album where Salaam really spreads its wings and takes flight, one that celebrates the band’s 20th anniversary—a remarkable achievement for any band—and how deeply they’ve assimilated Middle Eastern music to the point where it’s become second nature. On “Kashaniya,” an ode to an idealized Middle East, El Saffar, classically trained on viola and violin, brings in sweeping strings to power the rich melody.

“It was like writing for an orchestra, big sounds,” she says. “It would be great to perform this live with a full orchestra one day.” Other songs on the album are more intimate.

That intimacy and understanding shimmers on “Joza Tears,” which features El Saffar on joza, the Iraqi spiked fiddle. 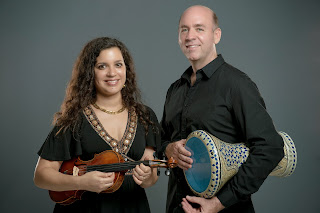 “The name joza means little coconut; a coconut shell is the resonator. To the west of Iraq it’s called the rebab, to the east the kamancheh. My brother brought me one back from Iraq. Sometimes it sounds like a person weeping. Iraqi history is full of weeping. Hearing Iraqis sing their songs, it’s like the Blues; there is a lot of heartbreak.” On “Joza Tears” she encapsulates that sorrow in the music.

The track began with just El Saffar and Moore. “If our other compositions are nods to Ethiopian music, the Blues, and Mariachi, this is our nod to electronic production as we layered and looped live drums and electric bass.,” Moore explains. El Saffar composed the rhythm and the bassline and then brought Moore into the studio on her dad's birthday. “Those special days have extra magic,” El Saffar explains, “so I try to compose and record on them when I can.” The rhythm line became a bed for her to improvise on the joza and add her melodic stamp, flowing from one Iraqi maqam (traditional music scale) to another.

Salaam has put their own fingerprint on the music they’ve played from their earliest days, when they were still exploring Middle Eastern music. It’s been part of a process of discovery that started in 1990, when El Saffar went to visit family in Iraq.

“I brought my viola and played Rimsky-Korsakov’s Scheherazade, based on the Arabic collection One Thousand and One Nights. It was the closest thing I knew to Middle Eastern music. Then they played a tape of Iraqi music and asked me to play the melody. When I did their response was so enthusiastic, some of 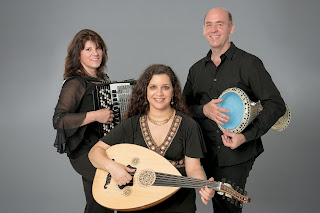 them getting up to dance…That was all the encouragement I needed. I was going to go back but then after the invasion of Kuwait it became impossible. I was so stimulated; it set me on this path. It changed my life. Back home, though, Iraqi music was hard to come by, so I listened to and played other Middle Eastern music. My brother eventually acquired thousands of Iraqi recordings and shared them.”

Now the music has become ingrained in her, and she’s telling her own stories. Perhaps none is stranger than “The Mariachi Stole My Heart,” where Mexico and the Middle East unite in the glorious declaration of the melody by the trumpet. “Not all my songs have protagonists, but that one does and it’s Amir’s trumpet.” At its core, the foundation of the tale is the connection the music makes in El Saffar’s heart.

“I love finding connections,” says El Safaar. “In Mexico, I felt like I could be in Morocco. I lived in Mexico for a semester in college and I feel close to the country in a lot of ways. The music there affects me. On my last trip there, I hired a Mariachi band and when they found out I played violin, they put an instrument in my hands and we played together. They just gathered around me and played and it overwhelmed me.”

But El Saffar’s most personal story lies in the final cut, “Mesopotamia,” which chronicles the way her understanding of her father’s homeland has grown.

“In the liner notes, I talk about what we learned in history class when I was at school. No one ever said Mesopotamia was Iraq. Going there, I fell in love with the history and I realized they could have made the 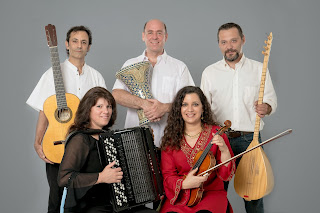 That’s exactly what Salaam does when they get invited to present Middle Eastern music and culture to thousands of school children. “I’ll never forget when we went to a school in Kentucky right around the time the U.S. was going to war with Iraq,” El Saffar remembers. “The children spontaneously began clapping along with our music. It was a visceral reaction that went far beyond the conflict that was going on between governments. I’ve connected to so many people across cultures through music and story and, whether through our compositions and recordings or through educational programs, that’s our contribution to the world.”

Stories have magic. They both transport us and show the common ground we all share. And with the tales on Train to Basra and Other Stories, Salaam takes the listener to the Middle East of the heart and soul.