TORONTO - The co-production team of Real to Reel Productions Inc. and a&o buero filmproduktion gmbh is excited to welcome the support of actor and UN Goodwill Ambassador Jackie Chan to its newest 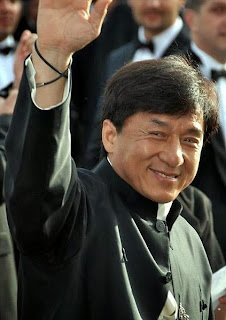 Gambling on Extinction is an investigative documentary about the illegal trade of wildlife products, specifically ivory, rhino horn, and tiger parts.

"I know Jackie supports many worthy causes," says Real to Reel Producer Anne Pick, "and we along with our German partners at a&o buero, couldn't be happier about his support for our film and this international wildlife crisis."

"The number of elephants poached in the last year is one every 15 minutes." says Jackie Chan. "That is shocking and for what? Another trinket, another carving? Everyone should dispel the myths that ivory jewelry and carvings are made from tusks that have fallen off the elephant or from elephants that have died of natural causes. This is simply not true. Elephants are being hunted and killed for their tusks. The only way to stop the slaughter is to cut the demand. We are all consumers so we can all make a difference."

Gambling on Extinction reveals the lethal mechanisms of the global trade in rare and endangered species, and investigates the structures behind it. Moreover, it serves as a wakeup call for consumers; without them there would be no market for these products and therefore no trade.

Award-winning documentary filmmaker Jakob Kneser treks across the savannahs and jungles of Africa and Southeast Asia to trading hubs in China, Vietnam and Europe to uncover the major players in this deadly game, and meet with the people working to put an end to it.

Image of Jackie Chan was taken by Georges Biard on May 17, 2012 at the Cannes Film Festival