• COST: FREE, OFFERING FOR THE ARTIST TAKEN AT THE DOOR 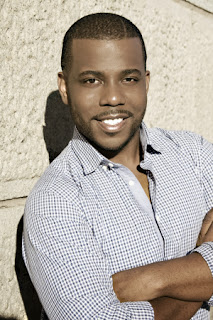 calendar, The Riverside Church will showcase the talents of Sidney Outlaw (baritone) for a concert of music on Sunday, October 27, at 3:00 p.m. in the Church’s Christ Chapel, 490 Riverside Drive (bet. 120 & 122nd Sts.), Morningside Heights.

A native of North Carolina and regular soloist with The Riverside Choir, during the concert Sidney Outlaw will perform selections by Wagner, Brahms, Strauss, Rossini and more.

Lauded by The New York Times as a “terrific singer” and The San Francisco Chronicle as “an opera powerhouse”, Sidney Outlaw was the Grand Prize winner of the Concurso Internacional de Canto Montserrat Caballe in 2010 and continues to delight audiences in the U.S. and abroad with his rich and versatile baritone and engaging stage presence.

A recent graduate of the Merola Opera Program and former member of the Gerdine Young Artist Program at Opera Theatre of Saint Louis, this rising American baritone from Brevard, North Carolina recently finished his first Operatic recording for Naxos Records recording in its entirety Darius Milhaud’s Oresteia of Aeschylus singing the role of Apollo. Mr. Outlaw was a featured recitalist with Warren Jones at Carnegie Hall this season performed Elijah with the New York Choral Society. He holds a master’s degree in vocal performance from The Juilliard School and is a graduate of the University of North Carolina at Greensboro.

The concert is free to attend, however, an offering for the artist will be taken at the door.  For more information contact the music department at 212-870-6722 or email music@theriversidechurchny.org. 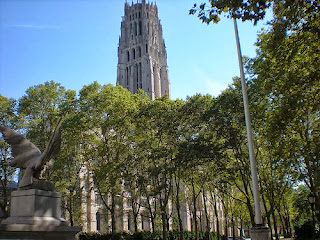