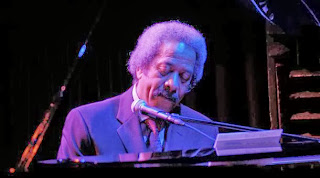 NEW YORK CITY - New Orleans musicians laid the cornerstone for a large swath of American music, and Allen Toussaint is among the city’s most gifted players.

As a composer, arranger, producer, pianist and singer, Allen has created an enduring body of work that includes local hits by Irma Thomas and Lee Dorsey; songs covered by Glen Campbell, the Rolling Stones and Robert Plant & Alison Krauss; national hits by Ernie K-Doe and LaBelle; and collaborations with Paul McCartney and Elvis Costello, all in addition to his own recording career. He was inducted into the Rock and Roll Hall of Fame in 1998, and was awarded the National Medal of Arts by President Obama in July, 2013.

Songbook presents Allen Toussaint as many of his fans have longed to hear him, in an intimate solo setting, performing many of his best-loved songs. His piano playing is a marvel, with its orchestral conception and effortless New Orleans syncopation. But what comes across most strongly is the warmth of Allen’s performance. The gentle Creole lilt in his voice brings a resonance and a smile to his songs, rivaling the versions he produced for others. Recorded live at Joe’s Pub in New York, the deluxe edition of Songbook includes a DVD.