OPERA ATELIER
2013-2014 season features the return of two jewels in Opera Atelier’s crown
- Plus an engagement at the Palace of Versailles, France -
Season Kicks Off with Mozart's Abduction from the Seraglio - October 26 to November 2, 2013

(Toronto, ON) – Opera Atelier’s founding co-artistic directors Marshall Pynkoski and Jeannette Lajeunesse Zingg are about to launch the company’s 2013-2014 season, which will include a return engagement at the Royal Opera House in the Palace of Versailles. The spring 2014 production of Lully’s Persée will travel to Versailles for three performances, following its run at the Elgin Theatre in Toronto (Apr. 26 – May 3, 2014).

Persée is a landmark production for Opera Atelier. The company’s 2000 production was the first fully staged incarnation of the opera since it inaugurated the Royal Opera House at Versailles in 1770 during the wedding celebrations of the future King Louis XVI to Marie Antoinette. Opera Atelier’s 2004 remount of Persée was the subject of a documentary which has subsequently become an international calling card for Opera Atelier, both for the public and for presenters around the world.


Following the astounding success of Armide in 2012, The Royal Opera House has invited Opera Atelier back to Versailles with Persée, which will mark the first time the opera has appeared on that stage since 1770. Persée will be performed three times at The Royal Opera House, Versailles on May 23, 24, and 25, 2014. This prestigious engagement has allowed Opera Atelier to enhance Persée’s visual 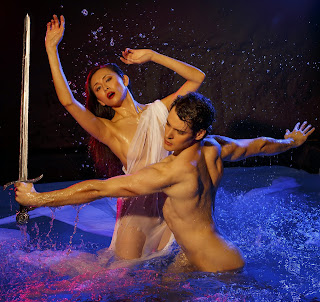 elements, making it the company’s most lavish production to date. The moving story of a man’s ascension from his questionable beginnings to his rightful place as a god, Persée is a retelling of the classical Greek Perseus myth.

“Persée was recognized in its day as the crowning achievement ofFrench lyric theatre,” say Pynkoski and Zingg. “We are honoured that Opera Atelier has been chosen as the company to bring Persée back to the Royal Opera House, which it officially opened almost 250 years ago.”

The role of Persée will be performed by Chris Enns making his Opera Atelier debut with his first haute-contre role. Mireille Asselin will take on the role of Andromède, whose rival Mérope will be played by Peggy Kriha Dye, who returns to Versailles after her star turn as Armide. They are joined by Olivier Laquerre (Céphée/Méduse) Carla Huhtanen (Cassiope), João Fernandes (Phinée), Lawrence Wiliford, Curtis Sullivan, Aaron Ferguson, Meghan Lindsay and Vasil Garvanliev. Persée runs April 26, 27, 29, 30 and May 2 and 3, 2014 and is sung in French with English surtitles.

Opera Atelier’s 2013-2014 season begins with Mozart’s Abduction from the Seraglio, a colourful comedy that tells of the charming antics of Belmonte and Pedrillo, a master and servant who must rescue their beloveds from the harem of the Pasha Selim. A revival of Opera Atelier’s highly successful production, this opera features some of Mozart’s most demanding arias and is grounded in the commedia dell’arte tradition, making it the perfect showcase for our artists’ vocal prowess and comedic acting chops. Appealing to children, youth and families, Abduction from the Seraglio is part of Opera Atelier’s ongoing commitment to cultivate the opera-lovers of tomorrow. 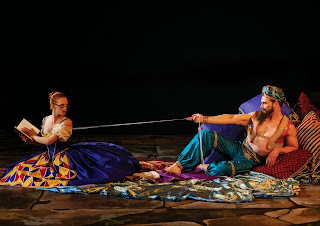 Abduction from the Seraglio will feature Lawrence Wiliford as Belmonte, Ambur Braid as Konstanze, Carla Huhtanen as Blondie, and Adam Fischer as Pedrillo. They will be joined by Gustav Andreassen (Osmin) and Curtis Sullivan (Pasha Selim), reprising their roles. Abduction from the Seraglio runs October 26, 27, 29, 30, November 1 and 2 and is sung in German with English dialogue and English surtitles.

Abduction from the Seraglio and Persée will be directed by Marshall Pynkoski and choreographed by Jeannette Lajeunesse Zingg, with set design by GerardGauci and lighting design by Bonnie Beecher. Both productions will feature the Artists of Atelier Ballet and Tafelmusik Baroque Orchestra and Chamber Choir under the baton of David Fallis.