ON BROADWAY:
ROMEO AND JULIET

• Strictly limited engagement; tickets on sale through January 12, 2014
• Get Romeo and Juliet Tickets 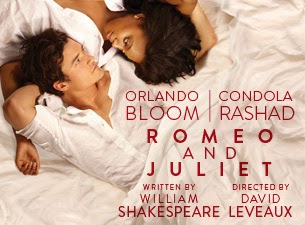 While ROMEO AND JULIET is the most famous love story of all time, this production – directed by five-time Tony Award nominee David Leveaux – marks the first time in 36 years that the play has been produced for Broadway.  This version of the classic tale retains Shakespeare’s original language but has a modern setting in which members of the Montague family are white, and the Capulet family are black.

One of Shakespeare’s best known and most beloved plays, ROMEO AND JULIET belongs to a tradition of tragic-romances dating back over 500 years.  The famous youthful lovers first appeared in Italian novella in the 1500’s and gained popularity in England after being adapted and translated into English by Arthur Brooke in 1562. As described in Brooke’s poem, “The Tragical History of Romeus and Juliet” – on which Shakespeare’s “Romeo and Juliet” is based – while the Montagues and Capulets are from different “races” or “stocks” their deadly feud is not based on their race, but rather on the “grudging envy” of men of “equal state.” In this new production, the members of the Montague household will be white, and the blood relatives of the Capulet family will be black. While race defines the family lineages, the original cause of the ‘ancient quarrel’, passed down by successive generations to their young, has been lost to time. Shakespeare’s 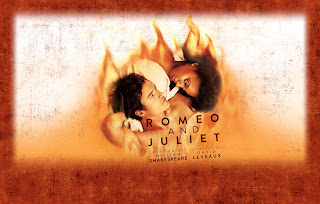 dramatization of the original poem sets the two young lovers in a context of prejudice, authoritarian parents, and a never ending cycle of ‘revenge.’ Against this background, the strength of their love changes the world.

TICKETS
Tickets are available now at The Richard Rodgers Theatre Box Office (226 West 46th Street) or at Ticketmaster.com/1-800-745-3000. In order to make this production accessible to all, 100 tickets per performance will be set aside at $20* for purchase by students and educators, available at the box office with valid ID or students may access tickets online in advance exclusively through TIX4STUDENTS (www.tix4students.com).

ORLANDO BLOOM (Romeo) had his breakthrough roles in 2001 as the elf-prince "Legolas" in the Academy Award-winning film trilogy The Lord of the Rings and in 2003 as blacksmith "Will Turner" in the Pirates of The Caribbean film series.  He subsequently established himself as a leading man in Hollywood 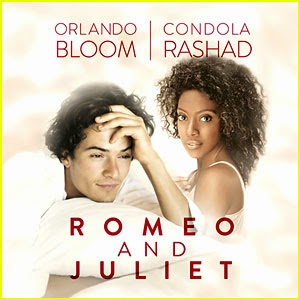 films, including Cameron Crowe's Elizabethtown and Ridley Scott's Kingdom of Heaven.  His other notable films include Black Hawk Down; Troy; Haven; New York, I Love You; Sympathy For Delicious; The Three Musketeers and The Good Doctor.  He recently reprised his role as "Legolas" in The Hobbit trilogy and just completed filming Zulu with Forest Whitaker.

CONDOLA RASHAD (Juliet) received a 2012 Tony Nomination for her performance in Stick Fly, produced by Alicia Keys and Nelle Nugent and directed by Kenny Leon.  Previously, she received rave reviews for her performance in Lynn Nottage’s Pulitzer Prize winning play, Ruined, for which she received a Theatre World Award as well as a Drama Desk and Outer Critics Circle Award nomination.  Rashad recently starred opposite Queen Latifah and Alfre Woodard in Lifetime’s “Steel Magnolias” and appears on Broadway this season in The Trip to Bountiful with Cicely Tyson, Vanessa Williams and Cuba Gooding, Jr.  Ms. Rashad is branching out into music with a forthcoming solo album the letter9.

• Strictly limited engagement; tickets on sale through January 12, 2014
• Get Romeo and Juliet Tickets