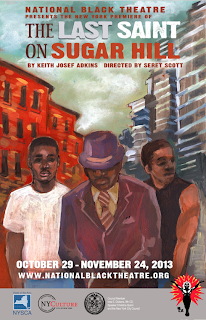 Harlem - a mecca for black culture is now home to fancy eateries and a myriad of new residents. Napolean Pettigrew and his sons are die-hard Harlemites and feared property owners who hope to make a profit from this NEW Harlem. However, when they discover one of their properties is a real money-maker, everything they hold sacred—family, loyalty & community—falls apart. Sitting on a gold mine, the Pettigrew men are faced with the biggest decision in their lives—save or destroy the last untouched neighborhood in Harlem.

The Last Saint On Sugar Hill is part of NBT’s Main-stage Series Harlem Now, which celebrates the voices and issues impacting Harlem today. In conjunction with the production, there will be a photography exhibit in NBT’s lobby curated by photographer Paul Rocheleau whose photographs appeared in the historical architecture book Harlem Lost and Found. With a 2012 Jeff-nominated Best Script by playwright Keith Josef Adkins and direction by award-winning director Seret Scott, the cast of The Last Saint On Sugar Hill includes Danny Johnson, Jaime Lincoln Smith (Hip Hop Theater Festival/CTH’s Seed), Yaegel T. Welch, Terrell Wheeler and Chinaza Uche. 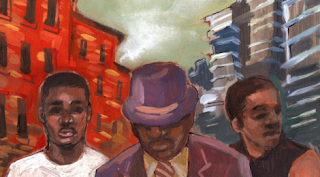