• Get the CD here

Nowhere do the parallel cultural identities of South Africa and the United States—nowhere does our parallel racial ethos—speak to us more intriguingly than through jazz. The jazz vernacular has thrived in both 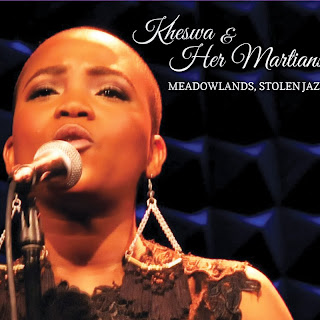 countries thanks to a visceral connection to abstract truths and cultural realities owned in common by our two countries. If you are hip to the richness and renaissance of jazz in today's South Africa, or just curious, you will not want to ignore Nonhlanhla Kheswa, an actress and vocalist who has reinvigorated a "fourth pole" for the music (after Cape Town, Johannesburg, and London) in New York City.

For more than a century now, by a once physical, now also virtual, exchange among musicians, fans, critics, and other enthusiasts, a common jazz vernacular has been nourished. Since the birth of jazz, South Africans have been loquacious, respectful yet self-respecting, partners in a spirited dialogue with the American head office.

For a thirty-year period or so, however, framed first by the self-imposed exile of a significant part of the country’s jazz talent in the early 1960s, later by the restrictions of the anti-apartheid movement’s “cultural boycott” through the 1970s and 1980s, the nerve centers of South African jazz were displaced to London, the most popular exile destination, and to New York’s Chelsea Hotel, where pianist and composer Abdullah 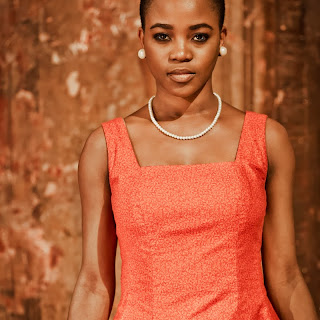 Ibrahim (called “Dollar” for his youthful enthusiasm for the American jazz records traded for with U.S. seamen), lived with his wife, singer and composer Sathima Bea Benjamin, in semi-secluded effervescence, spinning improbable beauty from dreams nourished as much by memories of Cape Town as by the vocabularies of Duke Ellington, Thelonious Monk, Ornette Coleman, and John Coltrane.

Twenty years into post-apartheid South Africa, South Africa’s jazz has awakened from the slumber of that earlier period, yet is still finding its footing in the new political, social, and cultural terrain.

Discovered for the stage by the British director Peter Brook (former artistic director of the Royal Shakespeare Festival and founder of the Théâtre des Bouffes du Nord in Paris), Kheswa has starred worldwide in an adaptation of Can Themba's iconic Sophiatown parable “The Suit.” Her performances are at once anchored in the music's history yet beguilingly original.  In 2014, “The Suit” will tour the United States, with nearly a hundred performances in Los Angeles, San Francisco, Seattle, Nashville, Philadelphia, and Ann Arbor.

Kheswa & Her Martians fit hand-in-glove with South African jazz's current youth movement. The group's live performances—such as the one captured on this record—sing electrically, and always with an 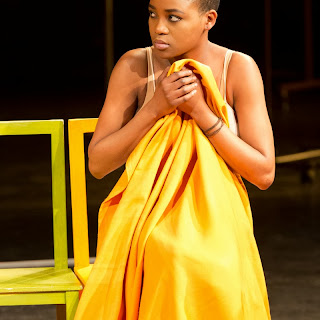 undercurrent of that uniquely South African “crying sound” that one hears in all the great saxophone soloists like Kippie Moeketsi, Dudu Pukwana, and Winston Mankunku Ngozi, in the so-called “sax jive” of players like Thomas Phale and David Thekwane, and in Hugh Masekela's or Mongezi Feza's trumpet.

The album's title has threefold significance and is willfully cross-generational. At a poignant moment in the fifth track, “Nonhlanhla's Kofifi Medley,” Kheswa introduces, for the live audience, a thumbnail history of Strike Vilakazi's resistance doublespeak tune, “Meadowlands” (written in 1955), and spontaneously baptizes her album.

Kheswa & Her Martians play jazz that is “Stolen Jazz” in three ways: The music is “stolen” or “hot” in the criminalized sense Kheswa refers to because, as she says, the jazz gatherings held in apartheid-era Meadowlands—an area outside of Johannesburg—were illegal. Secondly, the jazz played in Meadowlands had been “stolen” or “removed” from its rightful geographical locus in Sophiatown before the forced exodus that Vilakazi's song had satirized in code. Lastly, and in an altogether more sanguine vein, Kheswa & Her Martians have “stolen” this album's music in the positive sense of Picasso's famous aphorism, the way “great artists do,” giving new life through their “theft” to a winning selection from the inexhaustible treasures of the South African jazz legacy.

Kheswa's vocal range and clarity, her grace and timing, and her pixie wit should rank her immediately among the music's most interesting newcomers.