The O'Brien, the Witches, and the Wardrobe

NEW YORK CITY - Director Jack O'Brien will bring Shakespeare's MACBETH, with Ethan Hawke in the title role, to Lincoln Center Theater this fall. If you saw either of his Tony winning LCT productions, 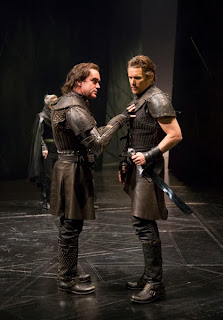 HENRY IV or THE COAST OF UTOPIA, you know that this will be not just any MACBETH, but a searing and spectacular vision as only Jack can create. Here's just a taste of the world he is conjuring, in his own words:

"MACBETH contains some of the most exquisite and articulate language in Shakespeare's canon, coming, as it does, just before HAMLET. Like all masterpieces, the play is, or can be about more than one thing: in this present telling, we are looking at the script from, if not a contemporary point of view (it will not take place in Ottawa during the French and Indian War, for example!), surely from an abstract one. Because in this play one of Shakespeare's great heroes and one of his most brilliant minds goes astray and the result is a nightmare. And so "nightmare" will be the departure point of this production.

Swollen with pride and gleaming with the adrenalin the result of two separate and astounding victories, Macbeth arrives from his battles at the very point Fate warns us most to be vigilant about - the apex of success! And in this larger-than-life persona, he encounters the three witches, who, with wordplay and malevolence, begin to move his brilliance just a quarter turn to the left; and it is a direction from which he never recovers. A super-hero can do anything, right? He believes he alone is in possession of a kind of delirium of success that allows him to do virtually anything he wishes. 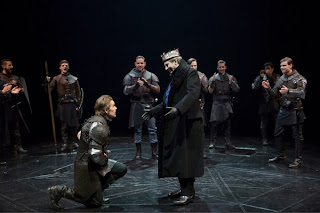 Just so tenderly, just so subtly do the witches work their magic upon him, Macbeth disappears further and further down the path to destruction and despair - the great and blinding difference being that he doesn't simply act out his blackened fantasies - he tells us about them, in some of the most probing, glorious, and revealing text ever penned.

In a production drenched in black, and glinting with blood red and dazzling white, MACBETH reveals itself to be Shakespeare's most powerful and darkest nightmare; a terrifying parable for our own time in which we, too, are urged to take more and more chances, whatever the consequences. Shakespeare has the answer: MACBETH is the consequence. We must beware!"

Ethan Hawke, in the title role, is the star and co-author of the current hit film, "Before Midnight." He is well known to LCT audiences from both HENRY IV (Hotspur) and THE COAST OF UTOPIA (Michael Bakunin). Anne-Marie Duff, as Lady Macbeth, is one of England's finest actresses and makes her 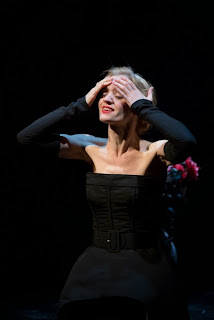 American debut with this production. In addition to HENRY and UTOPIA, both of which brought him the Tony Award, Jack O'Brien has directed THE NANCE and THE INVENTION OF LOVE among many LCT shows, plus HAIRSPRAY (another Tony!), THE FULL MONTY, DIRTY ROTTEN SCOUNDRELS and many more.

Opening night for the production, directed by Jack O’Brien, is Thursday, November 21 at the Vivian Beaumont Theater. 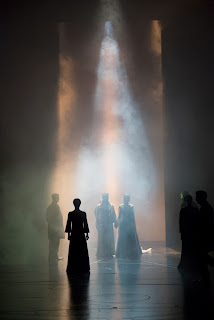 • MACBETH will be performed Tuesday through Saturday evenings at 8pm, with matinees Wednesday and Saturday at 2pm and Sunday at 3pm. Beginning November 26 all Tuesday evening performances will begin at 7pm.
• Tickets, priced from $77 to $137 are available at the Lincoln Center Theater box office, at telecharge.com or by visiting www.lct.org. A limited number of tickets priced at $32 are available at every performance through LincTix, LCT’s program for 21 to 35 year olds. For information and to enroll, visit LincT.org 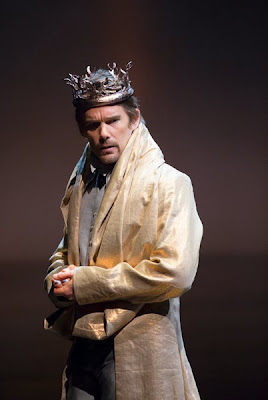