Kaleidoscope Theatre Montreal Presents: None of the Above - November 26 to 30 2013

Montreal, November 2013 – Kaleidoscope Theatre Montreal is proud to present their third production, the Canadian premiere of Jenny Lyn Bader’s None of the Above, directed by Trevor Barrette and Michelle Lewis. The company’s two successful past productions of the classic plays, Sophocles’ Antigone and 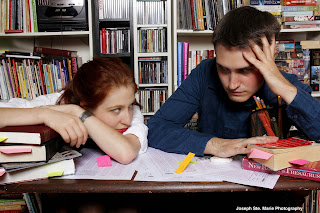 William Shakespeare’s The Tempest, were presented at the Casgrain Studio Theatre in Sainte-Anne-de-Bellevue. They are very excited to be making their work more accessible by bringing None of the Above to Montreal’s MainLine Theatre from November 26th to the 30th. The show features a soundtrack created by Montreal musicians.

Set in present day New York City, Jenny Lyn Bader’s almost romantic comedy is a two-hander battle of the wits that deals with the stresses of student life, issues of entitlement and the assumptions we make about each other. Jamie Silver, 17, is in her final year at Billington, a high-end private school in the Upper East Side. She is a party-going socialite, a small time drug dealer on the side, and her very last priority is doing well on her SATs. Enter Clark, 22, a genius, no-nonsense scholarship kid with big debts, who is hired by Jamie’s father to get her score from an 1800 to a perfect score of 2400 or he sees none of the money. They seem to have very different values and priorities, but they may just have more in common than they think.

Every day we are faced with many pressures - the pressure to do well, to make ends meet, to stay up to date. Things are moving faster and faster with no sign of slowing down. “At its core, this piece is about two things for me: how we learn to trust, and how to play.” says actor Scott Humphrey, who plays Clark. He continues, “When we meet Jamie and Clark, they both feel pressured to work hard in order to succeed, but 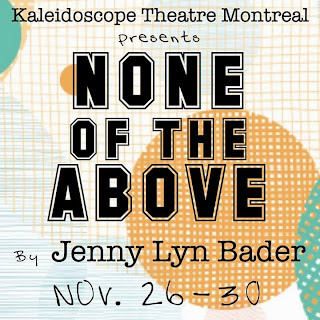 both have lost their willingness to just ‘play’.” Jenny Lyn Bader’s piece presents two characters who are faced with these issues and who learn how to overcome them together.

“One issue that we can all relate to is the growing gap between rich and poor.” says co-director Michelle Lewis. “The two characters in this play are at opposite ends of the spectrum. Jamie comes from a background where up until recently money was just something she always had. To Clark, money is something he's had to fight and work for; while he watched others throw it away. Whether we identify personally with either of their situations, the concepts of entitlement and the disparity between the richest and poorest is on the world's mind right now. If someone walks away from the play thinking they should be a little less quick to judge someone from a different background, social class, or whatever the case may be, then the play has done its job.”

For Lily Maclean, who plays Jamie, None of the Above’s relevance revolves around the way the characters experience pain together, boosted by the line in the play, ‘Pain is not quantifiable’.  She explains, “The play teaches us very simply that our pain cannot be greater or lesser than another's, but it can be an aid to helping us understand other people's pain, healing it, and through this, our pain gets better too.”

The text is witty and engaging. The plot is surprising and original. “The whole play is one big game,” says None of the Above co-director and Kaleidoscope Theatre Montreal founder, Trevor Barrette. “There are rules of course, but they are hard to catch since the characters are always breaking them. That is what draws me to the play. Jamie and Clark are constantly testing each other as they fight to break out of the mold they have been forced into their entire lives. Both are searching for something more meaningful in themselves.” 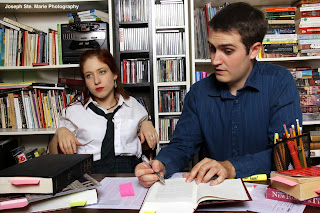 As part of Kaleidoscope Theatre Montreal’s mission to work with emerging and young professional artists in the community, the play features a soundtrack created solely by Montreal musicians. These contributing artists are taking the Montreal music scene by storm with performances at the Montreal Fringe Festival, Pop Montreal, M for Montreal and features on MuchMusic. Artists collaborating on the project include: Bent by Elephants, (www.bentbyelephants.com/blog/) Wind & the Wild (windandthewild.bandcamp.com), Shaharah Sinclair (www.shaharah.com), TEA (teaband.bandcamp.com/album/tea), Emily Skahan of Motel Raphael (emilyskahan.bandcamp.com), The JEM (www.thejemband.com), Jesse MacCormak (MAK) (listentomak.com/), Sarah Segal-Lazar (www.sarahsl.com) and others.

The cast and crew of None of the Above are looking forward to sharing the production with the student community, who are faced with many of the same issues as the play's main characters.  Graduating high school students, as well as college and university students will be quite familiar with the pressures of living up to the expectations of others, balancing their social and academic lives, and throughout it all, trying to keep some money in their pockets. The company is offering great rates for student groups, a Q&A period after certain shows, as well as visits to high schools to talk to students about the pressures of getting into the right schools, growing up and finding a way to do what it is you truly want to do. 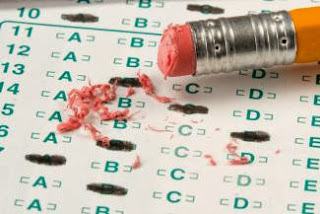 META- nominated (Montreal English Theatre Awards) actress and member of Title 66 Productions, Lily MacLean will be taking on the role of the vivacious Jamie Silver who keeps the genius Clark on his toes. Clark will be played by Concordia University graduate Scott Humphrey. The production also features costume and set design by Kelly O’Toole and lighting design by Alex Smith.

None of the Above
Kaleidoscope Theatre Montreal
At MainLine Theatre, 3997 St-Laurent, Nov. 26-30 – 7 shows only!
Tuesday to Saturday at 8:00 pm, Tuesday and Saturday matinee at 2:00pm
Tickets for the preview, Tues. Nov. 26 at 2pm, are $12
Tickets for Saturday matinee, Nov. 30 at 2pm are 2-for-1 (at the door only)
Tickets: $20, $15 (students/seniors), $12 (groups)
Reservations:  514 849-3378 or online
canadian playwright english language theatre in montreal kaleidoscope theatre montreal montreal musicians montreal theatre scene