THE HOLIDAY SEASON AND THE NEW YEAR AT THE ROYAL CONSERVATORY
Classical, Jazz and Blues in December 2013 and January 2014

TORONTO - Do you have the perfect gift yet?

Whether you live in Toronto or are planning on travelling to Ontario just before or after the holiday season, The Royal Conservatory is the perfect place to take a break from the holiday madness, shop for that person 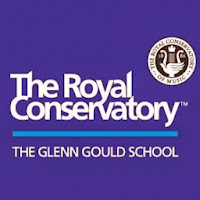 who has everything, and relax with some beautiful music and getaway packages. To plan the perfect getaway, The Conservatory offers concert/hotel/dining packages in the heart of downtown Toronto. Visitors can enjoy a delicious dinner, a spectacular concert in Koerner Hall, and a relaxing overnight stay with The Conservatory's hotel partners, The Intercontinental Yorkville and the Park Hyatt, both of which are located right across the street from Koerner Hall.

• For a complete list of packages, please visit our website
• Gift Cards can be purchased in person at the Weston Family Box Office, by phone at 416.408.0208, or by visiting www.performance.rcmusic.ca

There are a variety of concerts to choose from in December and January:

La Dolce Musica, a series dedicated to celebrating the rich musical heritage of Italy, continues with John Pizzarelli and Daniela Nardi on December 7 and Luca Pisaroni on January 29. First, The Royal Conservatory celebrates two iconic Italian singers, Frank Sinatra and Paolo Conte, in an evening with singer and guitarist John Pizzarelli paying homage to Frank Sinatra and one of Toronto's hippest singers, Daniela Nardi, singing the Paolo Conte songbook. Rising star Italian bass-baritone Luca Pisaroni (accompanied on the piano by Wolfram Rieger) has already established himself as one of the most captivating and versatile 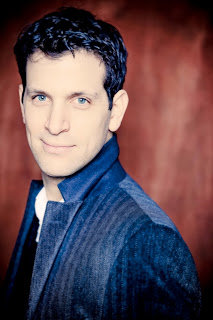 singers of his generation. Since his debut at the Salzburg Festival at age 26 with the Vienna Philharmonic, he has performed at many of the world's top opera houses and concert halls worldwide. Besides his extensive activities in opera and concert, Pisaroni is an ardent and dedicated recitalist, having performed at Carnegie Hall, the Ravinia Festival, Amsterdam's Concertgebouw, the Edinbrgh Festival, and London's Wigmore Hall. In this recital, he will sing songs by Italian composers Vincenzo Bellini, Stefano Donaudy, and Francesco Paolo Tosti, as well as works by Ludwig van Beethoven, Franz Schubert, and Franz Liszt.

The Regina Carter Quartet and Nnenna Freelon appear as part of TD Jazz: Celebrating Dinah & Sarah concert series on December 14, which pays homage to two great dames of jazz who would have celebrated their 90th birthdays this season, Dinah Washington and Sarah Vaughan. Six-time Grammy Award nominee Nnenna Freelon has also been nominated twice for the 'Lady of Soul' Soul Train Award, appeared on TV shows The Charlie Rose Show, Weekend Today, and In Performance at the White House, and had a song featured on the hit TV show Mad Men. She appears with the leading jazz violinist of our time, MacArthur "Genius" Fellowship recipient Regina Carter, who reaps praise for her unparalleled ability to integrate the finer elements of jazz, funk, Motown, African, and soul music with an adventurous rhythmic sensibility.

Rising star pianist Kirill Gerstein makes his Conservatory debut on December 8 as part of the Invesco Piano Concerts. The youngest student ever to attend the Berklee College of Music, his early training and experience in jazz has contributed an important element to his interpretive style, inspiring an energetic and expressive musical personality that distinguishes his playing. All will be evident in his program, consisting of Franz Joseph Haydn's Andante with Variations in F Minor, Hob.XVII:6 Un piccolo divertimento; Modest Mussorgsky's Pictures at an Exhibition; Brad Mehldau's Variations on a Melancholy Theme (written for Kirill Gerstein in 2011); György Ligeti: Étude No. 4 “Fanfares” and Étude Arc-en-ciel; and George Gershwin's 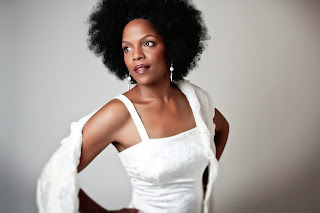 Somebody Loves Me and I Got Rhythm from Seven Virtuoso Etudes after Gershwin (arranged by Earl Wild).

All of Ludwig van Beethoven's Violin Sonatas can be experienced at The Royal Conservatory over the course of four concerts.  On January 24, award-winning German violinist Isabelle Faust (accompanied on the piano by Alexander Melnikov) performs: No. 4 in A Minor, Op. 23; No. 9 in A Major, Op. 47,  Kreutzer, No. 3 in E-flat Major, Op. 12, No. 3; and No. 10 in G Major, Op. 96, The Cockcrow. Together, Faust and Melnikov boast multiple prize-winning recordings, including a 2010 Grammy Award nomination for their Beethoven Sonatas. The remaining sonatas are performed by Luri Lee with Anton Kuerti on February 23, Leonidas Kavakos with Enrico Pace on February 28, and Sarah Kim on February 14 in a Royal Conservatory Orchestra prelude recital.

Highly acclaimed French coloratura soprano Natalie Dessay, who recently bid farewell to the world of opera to concentrate on theatre, pop, and jazz music, will be joined by French composer, arranger, conductor, and virtuoso jazz and classical pianist Michel Legrand, as well as the Canadian Les Violons du Roy, on two consecutive evenings: December 15 and December 16. These concerts will feature the music of Legrand, who has composed more than 200 film and television scores and several musicals, and has recorded well over 100 albums. Among his most famous are the Oscar-winning Summer of '42, The Thomas Crown Affair, Ice Station Zebra, Yentl, Les Demoiselles de Rochefort (The Young Ladies of Rochefort), and Les Parapluies de Cherbourg (The Umbrellas of Cherbourg). The concerts are presented in association with Attila Glatz Concert Productions.

The remaining two concerts in Koerner Hall include the Sultans of String with the Cathedral Bluffs Symphony Orchestra on December 1, presented in association with Small World Music, and the Maple Blues Awards on January 20, presented in partnership with the Toronto Blues Society. Named Best World Music Group at the 2012 Canadian Folk Music Awards and nominated for a Juno Award, Sultans of String celebrates the 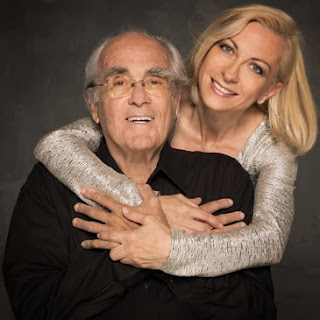 release of their new CD, Symphony!, at this performance with Cathedral Bluffs Symphony Orchestra. The Maple Blues Awards return for the 17th annual celebration of Canada's blues music, featuring the finest guest musicians from across Canada representing the most current blues music on the scene, all backed by the renowned Maple Blues Band. The ceremony and the after party are not to be missed! 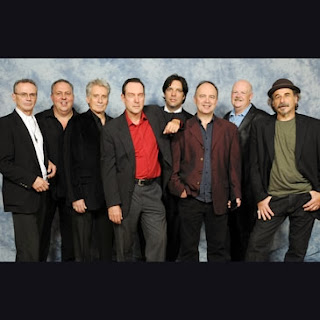