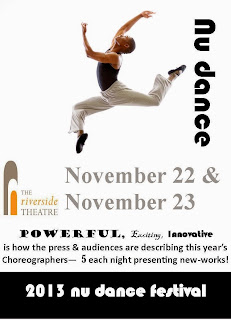 NEW YORK CITY - Six of the most exciting, talented, gifted and innovative choreographers of their generation will present new-works at the NuDance Festival 2013. Each evening's performance will be followed by a conversation with the five presenting choreographers.

DASH Ensemble
The DASH Ensemble is a New York City based contemporary dance group
founded and directed by Gregory Dolbashian. Combining elements of modern, hip hop, floor work and physical theater Dolbashian has created his own unique style of contemporary dance with an urban flair. will be presenting the first installment of our new evening length work to be premiered in March 2014.

Dance Iquail
Dance Iquail uses the art of dance as a conduit for combating issues of social injustice primarily experienced by the disadvantaged. Working in the universal language of movement, DIQ is committed to creating and presenting programs that confront the destructive and divisive nature of racism, sexism, violence, drug and 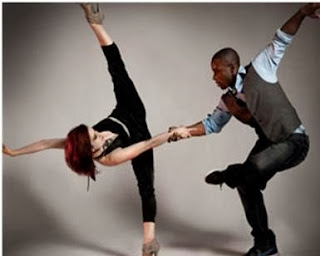 alcohol abuse, the needs of the poor, and the importance of family support and unity.

Jeremy McQueen
Award-winning young choreographer, Jeremy McQueen, is a 2013 recipient of the Joffrey Ballet of Chicago’s Choreographers of Color Award, and a two-time Finalist of the  Capezio Award for Choreographic Excellence (Capezio A.C.E. Award). Born and raised in San Diego, California, McQueen is a graduate of The Ailey School/Fordham University, B.F.A in Dance program.

Oui Danse
OUI DANSE not only presents dance which pushes the limits of physicality, imagination, and artistry. It also places on stage human beings with their real struggles, raw emotions, strengths and flaws, for all to view and identify with. The movement is unguarded and marries risk with a visceral connection to emotion. This approach brings humanity to the story... a humanity that, in the end, is always looking for love.

Cat Cogliandro
Cat Cogliandro, a native of Houston, Texas, grew up studying at Rowland School of Ballet under the direction of Sheryl Rowland. There, she trained with two prestigious pre-professional dance companies, and 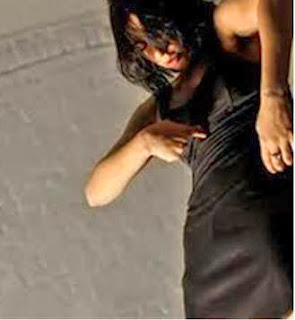 studied with choreographers Peter Chu, Jessica Hendricks, Tammy Dyke and JT Horenstein. After high school, Cat was accepted to The Conservatory of Dance at SUNY Purchase and received her BFA in Dance.

Buggé Ballet
Nicole Buggé trained at American Repertory Ballet’s Princeton Ballet School. She holds an MFA in Dance from New York University's Tisch School of the Arts and a BFA in Dance and Choreography from Virginia Commonwealth University. Nicole has performed with Richmond Ballet Exit 12 Dance Company, Second Avenue Dance Company, Amaranth Dance, The Charles Weidman Dance Foundation, Anahata Dance, and in original works by Deborah Jowitt, Cherylyn Lavagnino, and Sydney Skybetter. Currently Nicole is part of Neville Dance Theatre, mishiDance, Humanistics Dance Company, and is the artistic director of Buggé Ballet, an emerging company. When she’s not on stage or in the studio Nicole can be found working as the Listings Editor for Dance Magazine. 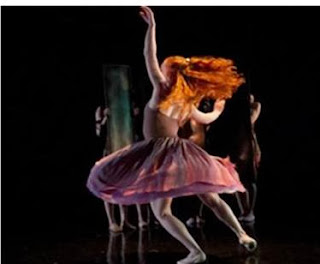