(Toronto) Fresh off the heels of its world premiere at the Montreal World Film Festival, comes the Toronto theatrical premiere of director Gail Harvey’s now award-winning film Looking Is The Original 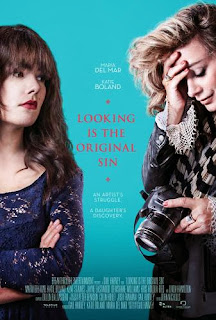 Sin, having most recently picked up a Best International Feature Film award from the New York International Independent Film and Video Festival.

The film will screen at the Carlton Cinema, beginning November 22, and with this theatrical run comes a very rare photo exhibit of director Harvey’s  works. The exhibit will consist of approximately 50 photos, half of which were in the film, and others that include Harvey’s stunning trademark photographs including portraits of celebrities.

Looking Is The Original Sin follows the journey of 19-year-old Anna, played by Katie Boland (Gail’s real-life daughter and co-producer along with co-star Maria del Mar, of the film).  Partly inspired by the tragic life and work of famed photographer Diane Arbus, Looking Is The Original Sin is a story about “love, loss, discovery, alienation and the transformational power of art.”

As the daughter of an acclaimed, depression-prone “outsider-art” photographer named Helene (Maria) Anna has grown up with pressure from multiple directions. She is at once her mother’s daughter and mother’s “mother,” fretting over her disappearances and feeling guilty with the burden she has placed on her.  With a camera in hand, Anna seeks to find an identity by retracing the absentee Helene’s footsteps, and hopefully to solve the mystery of her disappearance via clues in her painful photos.  Once immersed in her mother’s underworld, the question becomes, is Anna obliged to follow her into the darkness, or can she create her own destiny? 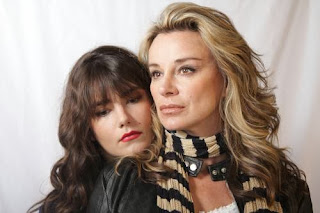 “When Whitney Houston’s death happened,” Gail continues, “the similarity of that news with the story in my film, made me feel sad for Whitney and her daughter. So many artists through the ages have had difficulty in living life in a happy and fulfilling way. Maybe if you see and feel so much it makes it hard to be ‘normal.’

Katie (recently named Playback’s ’10 To Watch’) welcomes the chance to share in her own mother’s career, and admits there are surface parallels in Looking Is The Original Sin. “My mom previously was a photographer, says Boland, “and she always photographed life as she lived it. But the mother in this film is very different from my mom. She’s mentally ill and unstable, and my mom is incredibly stable. But our relationship is definitely infused in everything we do together.”

Looking Is The Original Sin was produced by the generous support of ACTRA Toronto, and produced with the participation of Telefilm, Canada.  Written and directed by Gail Harvey, Director of Photography: Peter Benison, Colin Hoult, Josh Fraiman, Gail Harvey.  Edited by John Nicholls, and Composer was Dillon Baldassero.  Produced by Gail Harvey, Katie Boland, and Maria del Mar. Breakthrough Entertainment has world rights for distribution.