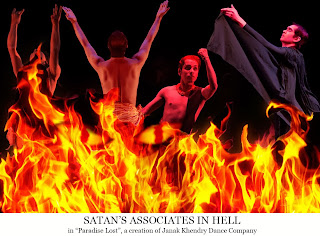 Deemed one of the greatest works in the English language, Milton's epic poem is the story of the temptation of Adam and Eve by the fallen angel Satan and their expulsion from the Garden of Eden.

Says Khendry, "We intend to illustrate the struggle between God and Satan, between good and evil, the angels and Satan's army, to represent the story of original sin - the story of Adam and Eve - and the role of human beings as pawns in this great saga between Satan and God. Such scenarios are echoed in Indian scriptures including the Bhagavad Gita and the Upanishads. Juxtapositions of good and evil, and naivety and craftiness, as well as the act of falling from grace, are themes common both to Hinduism and Christianity. In short, audiences will witness a universal 'morality play' in our rendering of Paradise Lost." 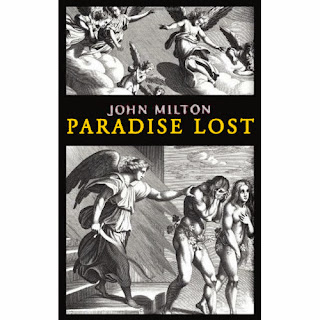 Two world renowned Milton scholars are advising Artistic Director and Paradise Lost choreographer Janak Khendry: Mr. Philip Pullman from Oxford, England (author of Northern Lights, known as The Golden Compass in North America, adapted into a film of the same name) and Toronto's Dr. Tulsiram Sharma (whose PHD thesis from the University of London was on Milton's Paradise Lost). Drawing from a pool of distinguished Canadian dancers to play the characters of Paradise Lost, Indian classical and western modern dance styles will be blended to create a new dance vocabulary to present this great masterwork. With Allen Kaeja as SATAN, Eddie Kastrau as ADAM, Kala Vageesan as EVE, Daniel McArthur as GABRIEL, Austin Fagan as MICHAEL, Tyler Gledhill as RAPHAEL, Harikishan S. Nair as SON OF GOD, Mateo Galindo Torres as URIEL and Janak Khendry as GOD, Paradise Lost is poised to become a significant part of Canadian dance heritage.