Canadian Stage’s hit production of Venus in Fur returns for the holiday season
Rick Miller and Carly Street star in ‘the other nutcracker’ in remount at the Berkeley Street Theatre from December 13 to 29, 2013

• Tickets from $29 to $59 are a perfect holiday gift, sure to top Christmas wish-lists across the city.
• Visit www.canadianstage.com/online/venus for performance dates and times.

Toronto, ON – Canadian Stage’s Venus in Fur is back, just in time to heat things up for the holidays. The company is presenting a remount of the hit production from December 13 to 29 at the Berkeley Street 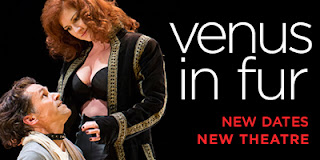 Theatre (26 Berkeley St.). Directed by Jennifer Tarver with Rick Miller and Carly Street reprising their unforgettable roles as Thomas and Vanda, the production (initially staged at the Bluma Appel Theatre) will feature a reworked set design in the intimate 244-seat Berkeley Downstairs Theatre space. During a season dominated by sugar plum fairies and mice kings, the show called “sexy, sophisticated and side-splittingly funny” (Toronto Star) will be billed as ‘the other nutcracker’.

Venus in Fur follows a young actress (Street) determined to land the lead in a new play based on the classic sadomasochistic novel, Venus in Furs. During her audition, she gets caught up in an electrifying game of cat 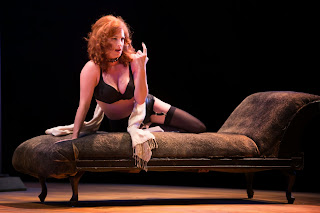 and mouse with the playwright/director (Miller) that blurs the line between fantasy and reality in an increasingly serious match of submission and domination that only one of them can win.

“This fall, our production of Venus in Fur, under the impeccable direction of Jennifer Tarver and brilliantly performed by the dynamic duo of Rick and Carly, galvanized our audiences and largely exceeded attendance expectations,” said Matthew Jocelyn, artistic and general director, Canadian Stage. “We couldn’t be more excited to remount the show in our more intimate, see-it-up-close Berkeley Street Theatre space – our holiday gift to those who saw the show and want to see it again, as well as to those that missed it the first time around.” 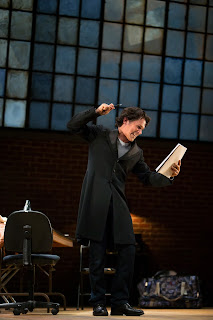 Originally presented from September 29 to October 27 as part of Canadian Stage’s season at the Bluma Appel Theatre, the much buzzed about Venus in Fur was a favourite of audiences and media alike, with the performances and on stage chemistry between Miller and Street garnering critical acclaim. The show, which generated the highest single ticket sales revenue to date under Jocelyn’s tenure as artistic director, exceeded sales expectations by 40 per cent. Revisiting a popular (and recent) production with added holiday programming is a new initiative for Canadian Stage as the company explores its adaptability and growth.

To ensure theatre-goers won’t miss a thing during the busy month of December the 90-minute show will have a holiday schedule with 1 p.m. and 7 p.m. curtain times leaving enough time to catch a performance before seasonal soirees or dinner with family, friends and colleagues. The Berkeley Street Theatre bar will offer festive treats, like cider and sweets, and will be open before and after the show with live music at select performances.

• Tickets from $29 to $59 are a perfect holiday gift, sure to top Christmas wish-lists across the city.
• Visit www.canadianstage.com/online/venus for performance dates and times.

Images of Rick Miller and Carly Street by David Hou