NEW YORK CITY - Every year in early December, there is a cultural festival in Ile-Ife Iyanfoworogi, in the heart of Yorubaland. At 2012 festival, Nigerian singer and entertainer FLOXY BEE — a.k.a the Hikosso 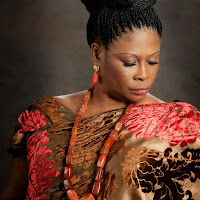 Queen — became a Chief: the YeYe Asa (Mother of Culture) of Ile-Ife Iyanfoworogi. As it is not possible for her to participate in this year’s festival in Nigeria, it was decided that she would hold a parallel event in New York City. And because the YeYe Asa is a woman, the NY festival would focus on the cultural contributions of African women.

The YeYe Asa Festival/NY will link with participants in Nigeria via video clips and will feature a performance by the YeYe Asa herself, FLOXY BEE, with her band.

It is not easy for a traditional culture to adapt to the modern world. Throughout Africa, traditional roles and values have broken down and women have been particularly 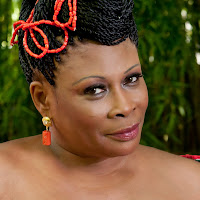 vulnerable in the transition. In music, the traditional genres are being replaced with hip hop and Western pop styles, and the spirituality, the other–worldness of African music, is being lost. The YeYe Asa Festival celebrates those African women who struggle to preserve the positive in their culture while adapting to the gender-equal modern world. Who is better than a woman to mother tradition into the modern age?