Toronto - The Canadian Alliance of Film & Television Costume Arts & Design (CAFTCAD) presents Susan Claassen in A Conversation with Edith Head, by Paddy Calistro and Susan Claassen. The one 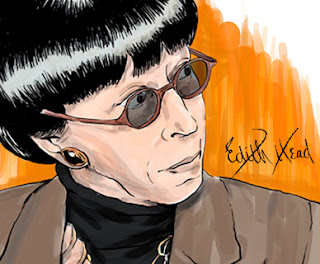 woman play is based on the book Edith Head’s Hollywood by Paddy Calistro and Edith Head.

A Conversation with Edith Head is playing in Toronto, January 17-19, 2014 at 8:00 pm in the Buddies in Bad Times Theatre. It is a behind-the-scenes feast of great movie lore and delicious stories providing insight into Hollywood’s legendary costume designer, Edith Head. At A Conversation with Edith Head, audiences hear Miss Head tell her own story. It’s a tale as fascinating as the history of the film industry itself, filled with humour, frustration and glamour.

The play, created when Susan Claassen was inspired by watching a television biography of Head, comes to Toronto directed by Claassen and produced by CAFTCAD. To aid with production costs, CAFTCAD, a not for profit organization, launched an Indiegogo campaign. It aims to raise $10,000. CAFTCAD’s vision is to increase awareness of the value costume arts and design bring to the industry. 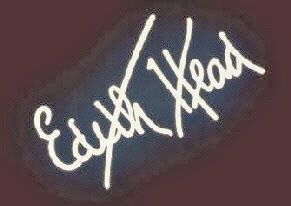 They represent a powerful element in the collaborative process of filmmaking, furthering international recognition of the creative talent we have in Canada.

In her 60 year career, Head worked on 1,131 motion pictures, dressing Hollywood heavyweights like Audrey Hepburn, Grace Kelly, Elizabeth Taylor, received 35 Academy Award® nominations and won an unprecedented eight Oscars®. In addition, Edith Head was nominated for a BAFTA in 1975 for the epic The Man Who Would Be King, starring Sean Connery and Michael Caine.

About CAFTCAD
CAFTCAD is a not for profit association of individuals interested in promoting Costume Design for film, television and media from both an artistic and technical perspective. Our goal is to enrich our community with artistic presentations, seminars, workshops and social networking events.