Thoughts on New Release Between Love and Luck

One of Rolling Stone’s Top 100 Guitarists and the winner of the 2013 USA Songwriting Competition in the World category, Badi Assad has enjoyed over 20 years on the world stage as one of the finest 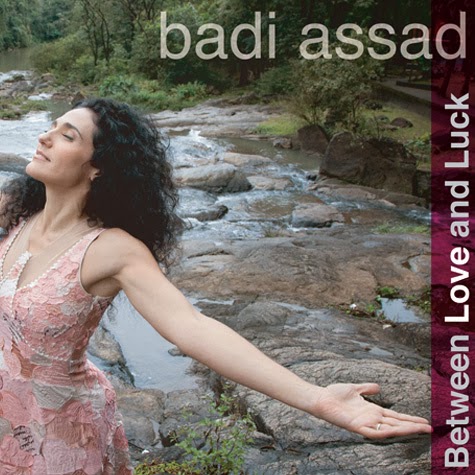 Brazilian guitarists of her generation— many would argue that she is indeed the top of the line. The younger sister of legendary classical guitarists Duo Assad, Badi released 10 albums from 1989’s Danca Dos Tons through 2006’s Wonderland. Then…. Silence, until 2013 brought us her new CD Between Love and Luck.

Now back on the world stage, Assad brings her perceptive approach to songwriting and virtuosic guitar to New York and Los Angeles in January 2014, including a striking new score for a rare early 20th-century Chinese film tackling some of the same issues that still haunt women today at the New York Guitar Festival.

Where did Badi go for those years? The answer turns out to be simple and a great adventure all at the same time. She explains: “Where have I been? My last CD, Wonderland, was released in 2006. The big reason for my disappearance was because, in 2007, the most amazing creation of my life happened: the birth of my beloved daughter Sofia. That’s when I decided to leave the big city and devote myself fully to the amazing adventure that is motherhood…. And in the silence of the countryside I started to compose like crazy! It was a really creative and inspiring moment.”

That moment turned into Badi’s first album of completely original material, Between Love and Luck. It’s also her foray into independence as an artist: the new album was released on her own Quatro Ventos label.

Old adventures (and mismatched meetings) mix with new ones like maternity as a result of a new love and delicious new manias: how to love and seek one’s own balance of wanting the new. The new album also speaks about addictions like working hard or dependent relationships… and this craze for love. Yes, because love is also chronic, in the literal sense of the word: long term, what happens repeatedly and often. 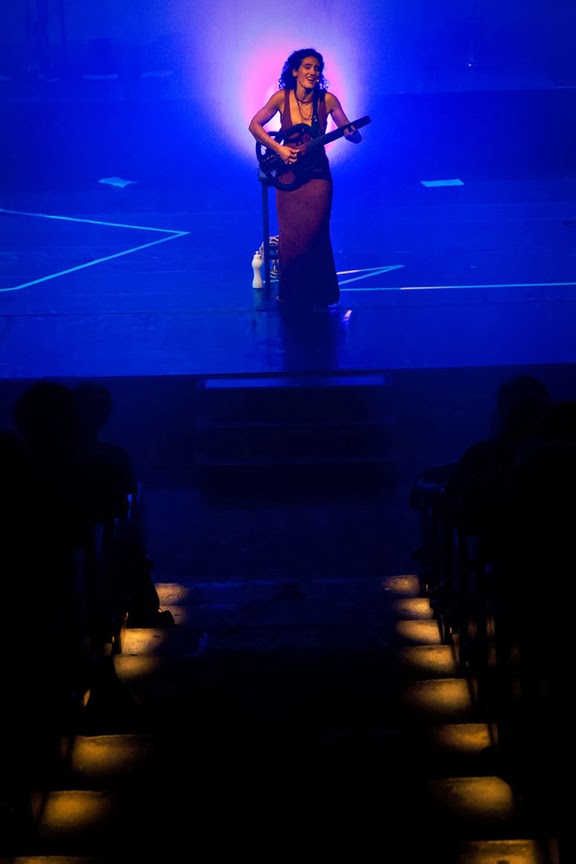 An infectious template of original arrangements throughout, Between Love and Luck opens with the relentlessly driving Ultraleve. Over a canvas filled with sparkling moments of guitar virtuosity, ethereal vocal backgrounds, fat horn punches, and a bass line that would make Motown proud, Badi sings of caresses at moonlights, laziness at sunrise, and priceless trips, perhaps down love’s corridors.

Immediately following this romantic opening, life as a working parent intrudes as the alarm clock in Pega No Coco reminds us about getting up early and getting to work! Again, the groove is the main thing here as moments of crunchy metal-esque guitar chording trade sonic space with decidedly modern sounding electronica as Badi’s protagonist makes it through another day in the life.

Luckily for those fond of live guitar performance, Badi is hitting the road to present her new music to US fans. This January, New York area audiences will have a unique opportunity to hear the fruits of Badi’s labor via two performances at the prestigious New York Guitar Festival, which has been garnering wide accolades since its inception in 1999. In addition to performing, Badi is honored to be co-director of the NYGF in 2013.

On Monday, January 20, Badi co-curates and performs in a six hour guitar marathon celebrating the classical guitar in North and South America, contrasting rich traditions with bold experimentation. Badi has crafted an evening of propulsive rhythm and sensuous melody from South America, and caps the evening’s show with her stunning world-beat fusion of pop, jazz and Brazilian music.

A highlight of the NYGF will occur on Thursday, January 23 in the award-winning Merkin Concert Hall as Badi premieres her score for one of the best-known films of China's cinematic golden age: Wu Yonggang’s 1934 debut The Goddess, the story of a prostitute working the seamy streets of Shanghai to afford an education for her young son. Badi speaks about the challenges and rewards in composing this highly anticipated work: “My approach to score this movie is to let my intuition guide myself. It is a very dense and sad story. It is so incredible to realize that some of the ‘problems’ and ‘prejudice’ are still alive and strong nowadays. How frustrating is to face a sort of failure in so many facets as a Human 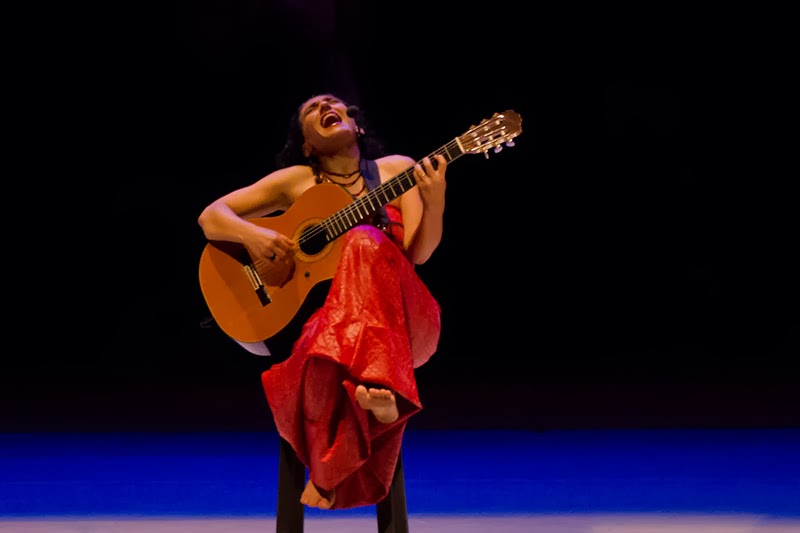 Being…it has been a challenge to score it... In the sense that I’ll have to perform it live. As I don’t have too much experience working with loops and electronics I’ll have to compose with what I can perform live and solo which decreases the endless possibilities and resources. But I love the challenges to interfere in the natural sound of the guitar, using props to modify its natural sound such as a stick under the strings provoking the listeners to discover which instrument that is? Or when I use a piece of wet fabric to scratch the strings sounding like a high pitch instrument, or when I play the guitar with one hand and a small percussive instrument with the other and so on. Of course my voice and vocals are going to be all over the place and I’m going to use other instruments as well such as a kalimba (African thumb harp), various small percussion instruments, a copper pipe (imitating a flute – played while I play the guitar simultaneously), a set of tuned ceramic pieces... “

It’s an intriguing challenge, and one that is sure to enthrall the audience at its premiere.

Moving on to the West Coast, Badi makes an appearance January 31 at the Orpheum Theater in Los Angeles. “Shine A light” (www.shinealightbenefit.org) is a benefit concert and fundraising campaign produced as an integral part of new charitable program called Shine A Light. The program was created in partnership with Intergovernmental Renewable Energy Organization (IREO) (www.ireoigo.org), Celerity Educational Group (www.celerityschools.org) and Celerity Global (www.celerityglobal.org), and The Muse Collective. The Jan 31 concert will mark the launch of this program and will be focused on raising awareness about the dire challenges facing the Syrian War Refugees and raising funds to bring renewable energy solutions to the refugee camps. With the recent devastation in the Philippines brought about by Typhoon Haiyan, a portion of the proceeds will be used towards assisting in the recovery operations of the hardest hit areas. 100% of the events’ net proceeds will be used to fund renewable energy projects that bring both immediate and long term benefits to the people and communities in need in both areas. 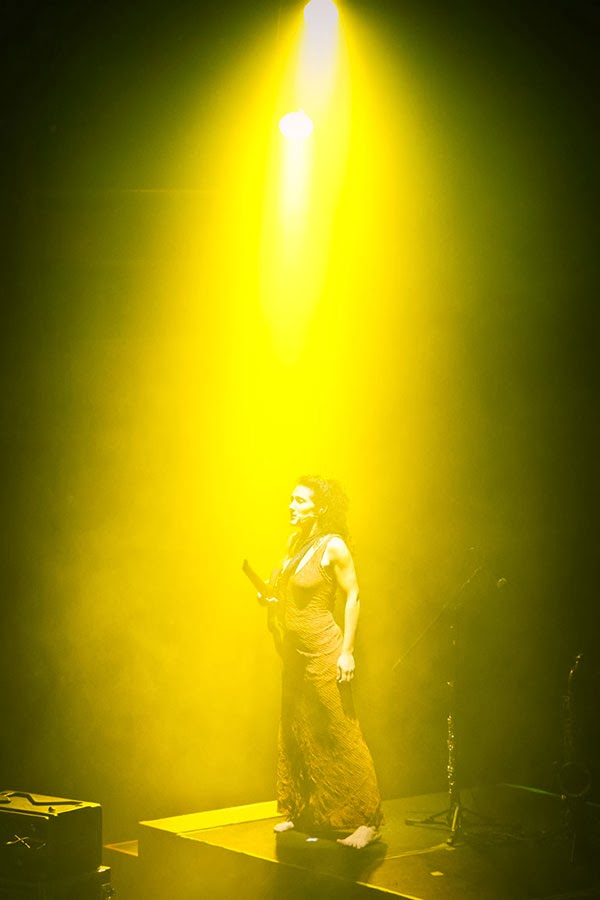 As a world class guitarist, and now as a delightfully versatile composer, Assad has been enthralling audiences throughout her career. Don’t miss the experience of the new world of music this winter with Badi Assad!