TORONTO - How do we see music? How do we hear dance? It is from this premise that Chartier has created a programme of petites danses in response to two specific works by Canadian composers Linda Catlin Smith and John M. Sherlock. This new production brings together a stellar mix of twenty-five

performers, two lighting designers and one filmmaker to premiere these works all created by choreographer and director Marie-Josée Chartier.

The audience will experience four choreographic versions to each musical work assembled in two different menu programs.  Smith’s In the high branches will be performed as a quartet of men, a solo, an improvised trio and a duodectet (twelve) of young dancers. Necklace by Sherlock will take life in three short films and one solo dance. Each menu program will present two versions of each musical piece so the audience will witness the other versions in the later performance.  Each program (7pm and 8:30pm) will be complemented by one work choreographed to iconic minimalist musical works Coming together by Frederic Rwreski and I am sitting in a room by Alvin Lucier.

Chartier is intrigued at how we respond, react, compare or are moved by the performance as we become increasingly familiar with the music in the course of an evening. 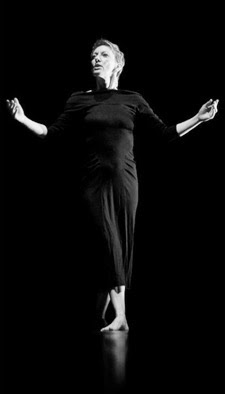 About Marie-Josée Chartier and Chartier Danse
A multi-faceted artist, Marie-Josée Chartier moves easily between the worlds of dance, music, opera and multi-media in the roles of choreographer, performer, director, vocalist or teacher. Her choreographic works have been presented in dance series and festivals in Canada, Europe and Latin America and have been featured on documentary films presented on national television and film festivals. Her choreographic repertoire is greatly influenced by contemporary visual art, music and literature in terms of concept, composition and dynamic structure. In 2003, Marie-Josée Chartier founded Chartier Danse in order to support her creative activities.