Back for a second run in TORONTO!

Mix Mix Dance Collective fuses iconic social dance trends in JACK YOUR BODY
Waack, pose, jack and strut from January 8 to January 19 2014 at the Factory Theatre
part of the Next Stage Theatre Festival 2014

Toronto, ON – Mix Mix Dance Collective, a new company co-founded by Gemini and Dora Award-nominated dancer and choreographer Emily Law and power house dancer Ashley Perez, presents JACK YOUR BODY, a diverse and exciting dance piece, as part of the Next Stage Theatre Festival from January 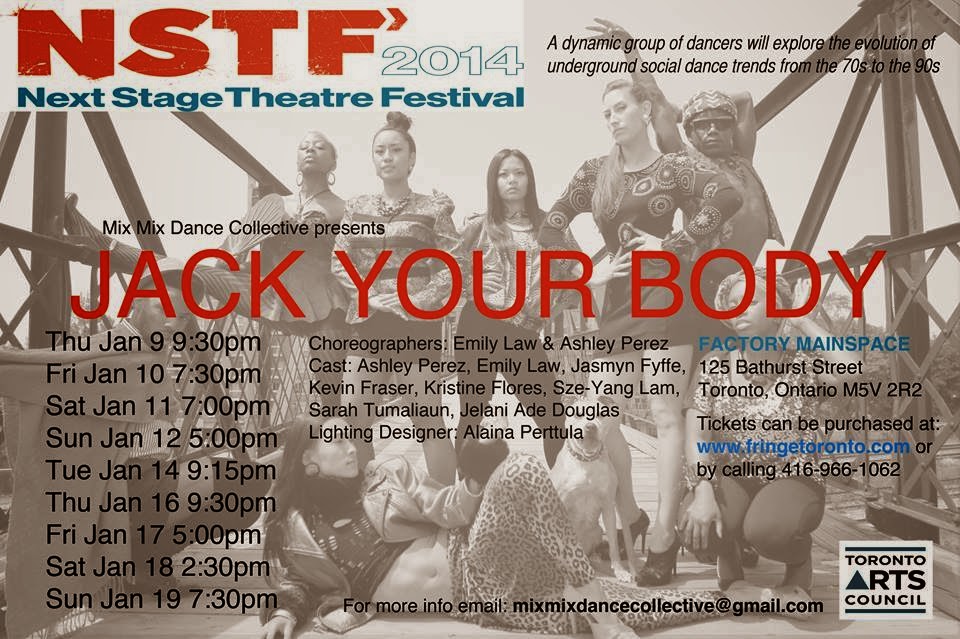 8 to January J19. A dynamic group of dancers will explore the evolution of underground social dance trends from the 1970s to the 1990s on stage at the Factory Theatre.

Popular street dance styles have long chronicled moments, movements and trends in North American society. JACK YOUR BODY will investigate issues of race, gender and class by blending genres of dance including waacking, voguing, hip hop and house with contemporary concepts. The cast will pose, strut, waack and jack their way through Paradise Garage, Soul Train and more.

“Besides the intelligence of the show’s compilation, the dancers are outrageous. Their charisma and stage presence shine through” -Amy at the Fringe

Mix Mix Dance Collective was founded to represent diversity in movement, music, and art practice. The work of the collective deals with issues of equality to challenge socially constructed identities such as gender and race. JACK YOUR BODY is partially inspired by the history of gender-bending inherent in 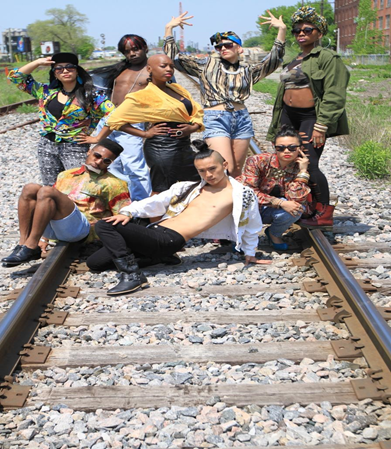 waacking and voguing, two dance forms created by gay men who were also ethnic minorities in clubs in L.A. and Rikers Island. Though originally created by men, both dances fall into stereotypically female body positions and movements, resulting in an interesting fusion of gender-bending that came about through imitation of famous female movie stars and models like Marilyn Monroe or Greta Garbo while socializing with others through movement and dance.  The dynamic and fast-paced dance performance will pay homage to American street dance culture though a uniquely current and Canadian perspective.

“A dance performance that makes me want to go out and get my boogie on always boasts the audience leaving with smiles plastered on their faces. The Mix-Mix Dance Collective certainly brought in a mixed crowd but gave universal satisfaction.”-Amy at the Fringe

JACK YOUR BODY (60 minutes) will be on stage at the Factory Theatre from Thursday, January 9 to Sunday, January 19, as part of The Next Stage Theatre Festival. Tickets ($15) can be purchased at www.fringetoronto.com or by calling 416.966.1062.