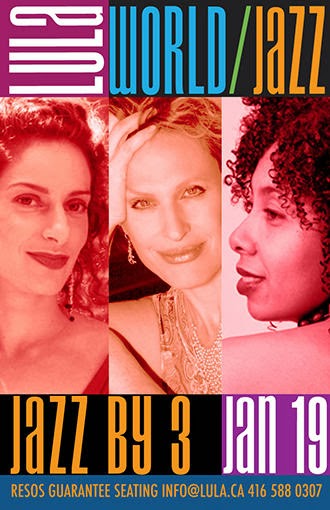 "...One of the finest jazz singers to emerge on the Canadian scene..." - Stanley Péan, host: Espace Musique/Radio Canada

A graduate of The Glenn Gould School/ Royal Conservatory of Music, Toronto-born Lara Solnicki has been praised for her "beautiful voice, warm, grave and measured." (Christophe Rodriguez, Le Journal de Montreal) and her "stylish and sensual interpretations of The Great American Songbook." (Mark Rheaume, CBC).

Lara Solnicki's debut at Lula features trio-band mates Ted Quinlan, guitar and George Koller, bass, in a colourful performance featuring orignials, standards and a preview of songs from the soon to be released second CD. larasolnicki.com

"Fern Lindzon is an engaging pianist and singer who brings an unassuming authority, an inquiring spirit and a natural grace to contemporary jazz." - Mark Miller, jazz writer

JUNO Award nominee Fern Lindzon is a multi-faceted pianist/vocalist/composer with a technique that The WholeNote calls "intricate, yet commanding," and her latest CD Two Kites, "breathtakingly beautiful."

Fern's second CD, Two Kites (2011), with saxophonist Mike Murley, bassist George Koller and drummer Nick Fraser, was nominated for a 2012 JUNO Award as Vocal Jazz Album of the Year. It has also drawn admiring comments from the New York pianist Fred Hersch and the British singer Norma Winstone, as well as from reviewers for The WholeNote, Los Angeles Jazz Scene and several other publications. fernlindzon.com 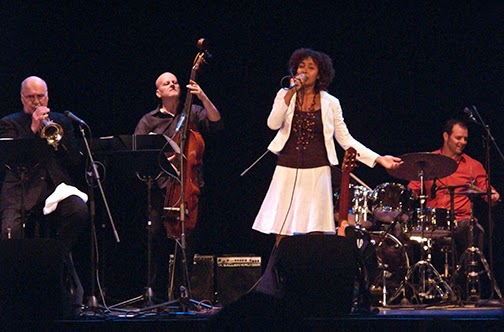