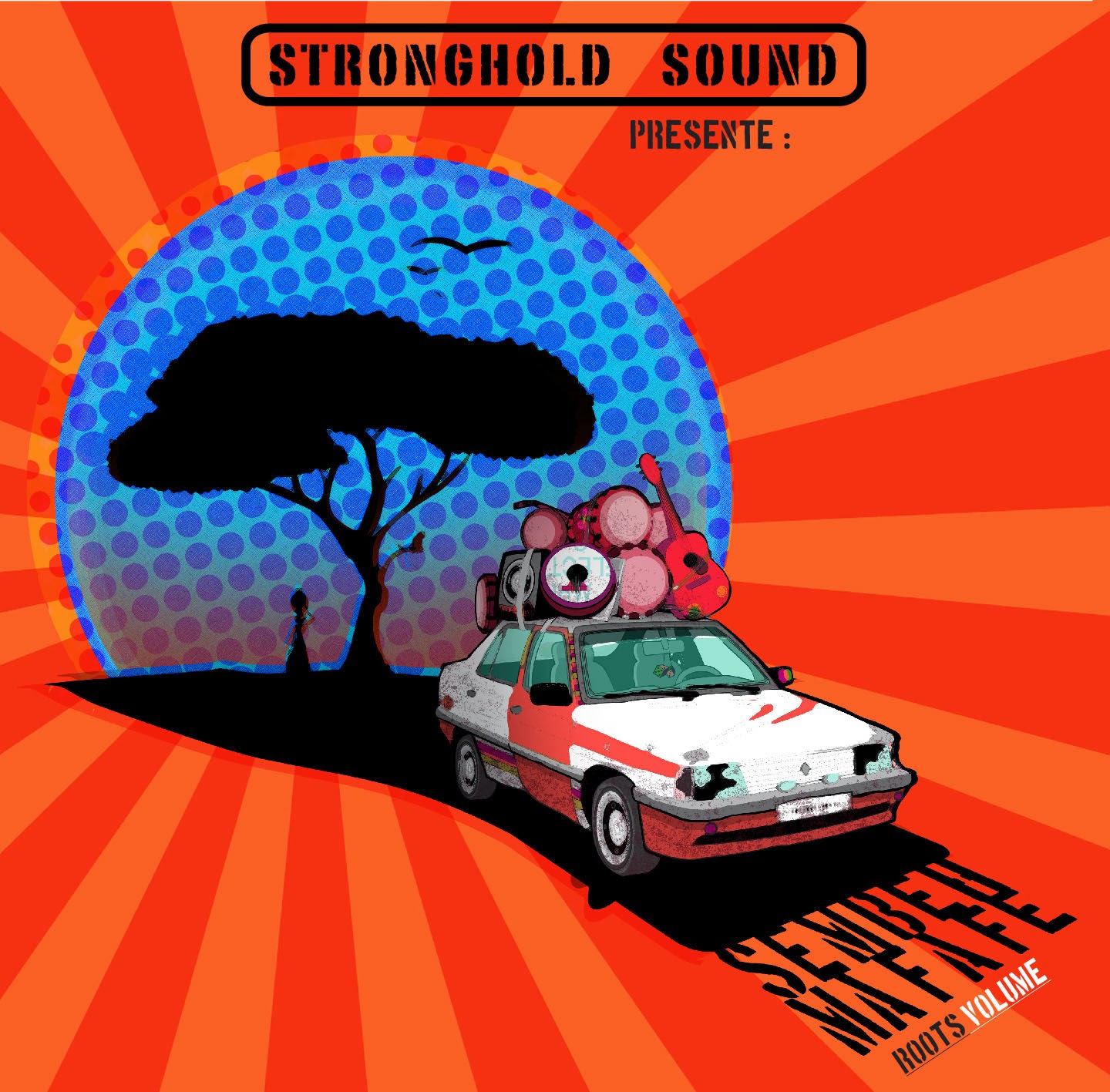 After focusing on the Middle East in their most recent full length release, Khat Thaleth: Arab Hip Hop in the wake of Revolutions, the Stronghold Sound’s producer Dub Snakkr goes back to Africa and digs deeper into the musical heritage of Guinea. The second volume in the Sembeh Ma Fa Fe series features tunes that share some of the roots of the musical traditions of the region. From the powerful polyrhythms of the djembe, to the soothing cyclical melodies of the balafon, to the longing cries of the grio, each instrument is rich with history and significance; even the Mandeng kings prized them as near to possessing supernatural powers.

Amongst the featured elder artists Mybaby (Kadiatou Sylla) stands out, performing her own blend of salsa infused Guinean folk. Also, Aicha Sidibe sings a classic form of traditional folk called Mamaya, Geizu accompanies the percussive group Balandougou Kan bringing you a taste of village life, and Blondi (Alseny Camara), a modest man whose voice startles you with its depth of emotion and power sings alongside the traditional gunguma.

Then there are the newer generation artists: Saran Diabate who teams up with her talented brother, Lanciney Diabate, on bass to create a kind of traditional Guinean soul with a funk foundation, Cissoko Aboubacar, a talented singer in a family of vocalists who offers something akin to Guinean blues also in 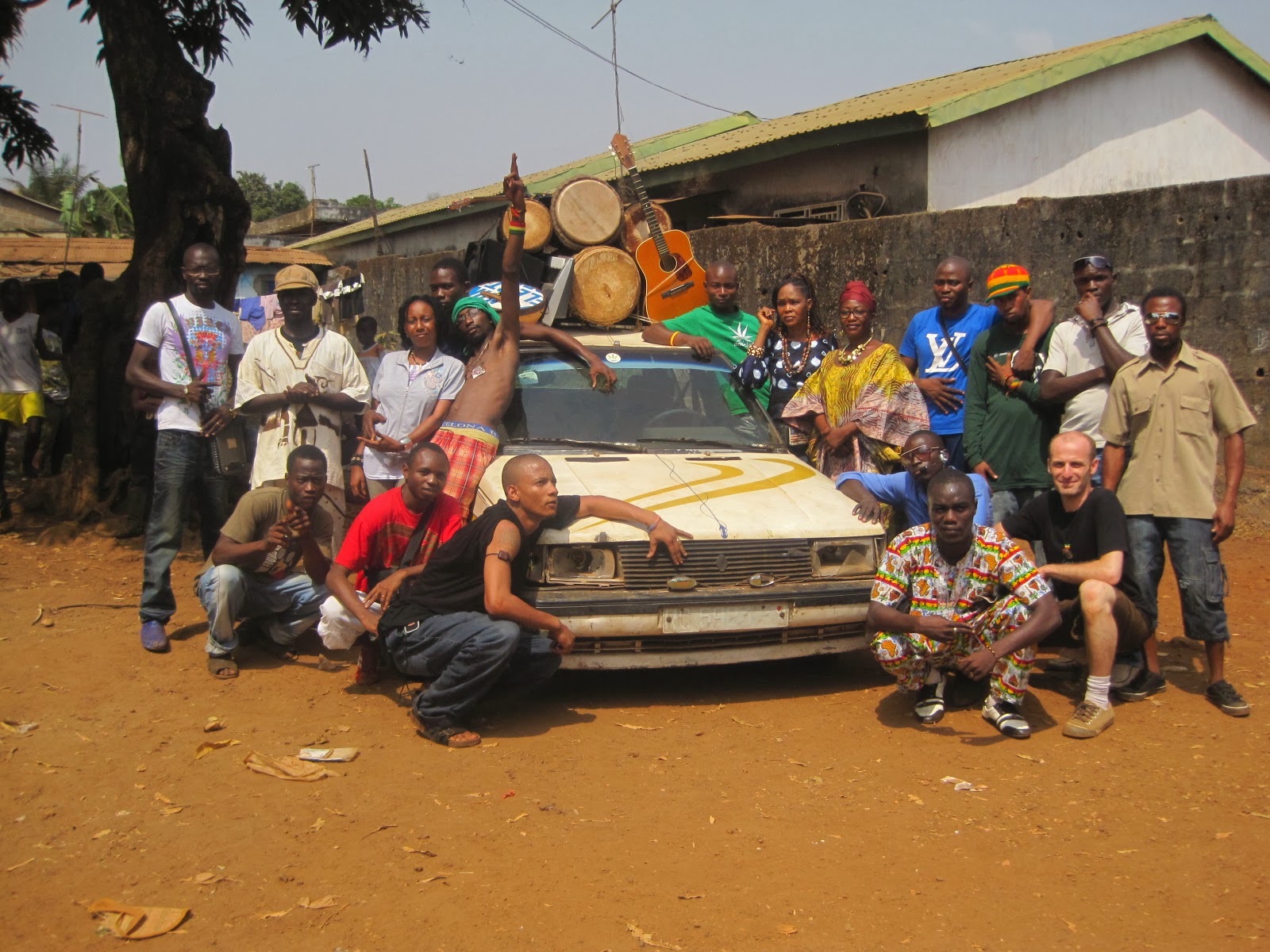 the Mamaya style, and Alessane (Alassane Bangoura), a young and talented percussionist with a voice both innocent and passionate, who sings alongside the balafon in a number that reminds one of Conakry island living. Lastly, Sekou Keita and Bondo Sidibe lead the percussion ensemble, Balandougou Kan, in arrangements that show the interlocking beauty and raw energy of tam tam Mandeng, or djembe music. 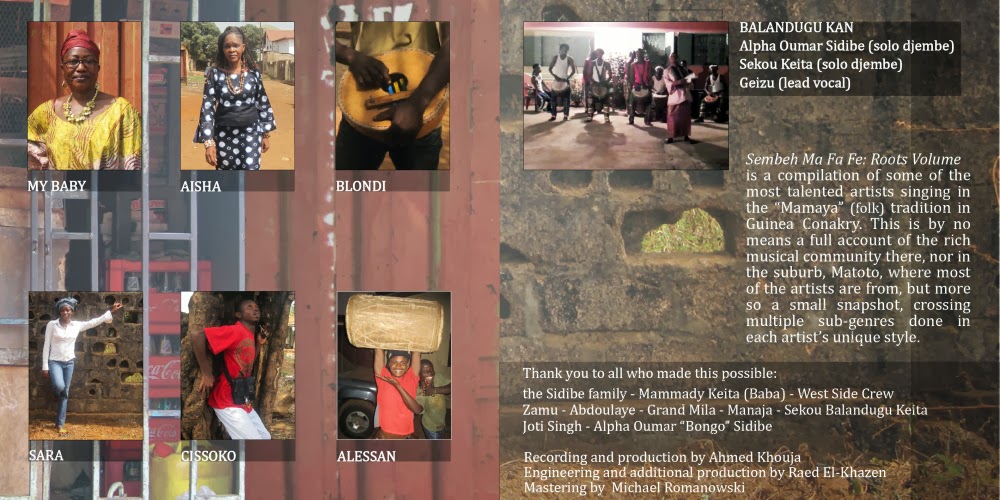 Closed to much of the world since independence, Guinea is home to many masters of Mandeng traditional music and culture. In parallel with these masters of tradition is a new generation of artists who have embraced reggae, hip hop and r&b as their own and worked on their individual expressions within these genres. After years of dictatorial rule, the nation has recently experienced its first democratic election and emerges anew to share its rich musical culture.

Sembeh Ma Fa Fe, translated from Susu as, ‘strong sound coming,’ is a two volumes compilation that is being released separately.