Mr. Blechacz to give his first performance as the Gilmore Artist during a special, live-streamed event presented by WQXR at The Greene Space on January 8 at 5:30 p.m. ET

• Watch the announcement LIVE from New York City on Wednesday, January 8 at 5:30 PM

New York, NY (January 08, 2014) – Polish pianist Rafał Blechacz (pronounced Ra-FAW BLEH-hatch) has been named the recipient of the 2014 Gilmore Artist Award, it was announced today by Daniel R. Gustin, Director of the Irving S. Gilmore International Keyboard Festival. One of the most prestigious 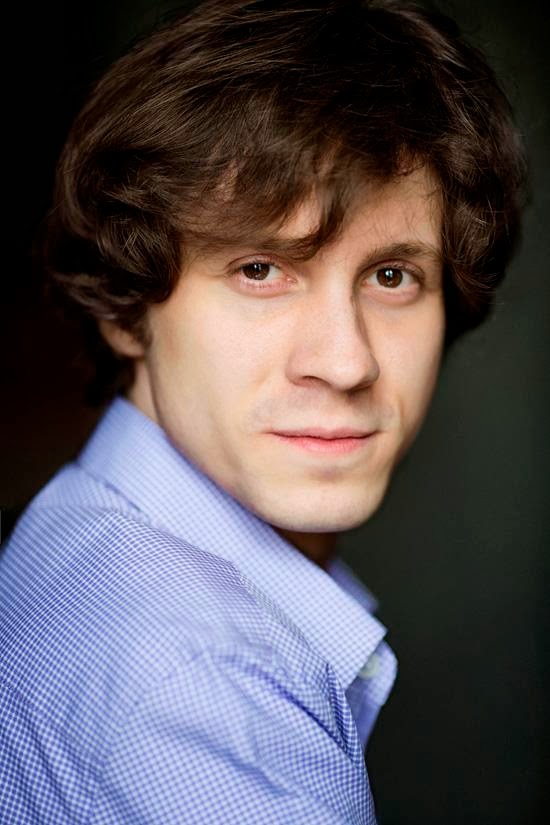 honors in music, the Gilmore Artist Award is presented every four years on a non-competitive basis to an exceptional pianist who, regardless of age or nationality, has the potential to sustain a career as a major international concert artist. Mr. Blechacz will receive $300,000 in support of his musical and career goals over the next four years. Previous recipients of the Gilmore Artist Award are Kirill Gerstein (2010), Ingrid Fliter (2006), Piotr Anderszewski (2002), Leif Ove Andsnes (1998), Ralf Gothóni (1994) and David Owen Norris (1991).

Mr. Blechacz will perform works by Mozart, Chopin, Beethoven and Debussy during his first public performance as the 2014 Gilmore Artist in an event presented by WQXR at The Jerome L. Greene Performance Space on Wednesday, January 8 at 5:30 p.m. ET. Hosted by WQXR’s Jeff Spurgeon and American Public Media’s Fred Child, the Greene Space event will include interviews with Mr. Blechacz, Daniel Gustin, Director of the Gilmore Keyboard Festival, former Artistic Advisory Committee members Ara Guzelimian (1998 and 2006) and Sherman Van Solkema (2010 and 2014) as well as the 2010 award recipient Kirill Gerstein. The Greene Space event will be streamed live on www.greenespace.org, and a Gilmore Artist radio special will air on New York’s WQXR 105.9 FM on Wednesday, January 15 at 10:00 p.m. ET and Sunday, January 19 at 11:00 p.m. ET, and nationally on American Public Media’s Performance Today on January 14 (check local listings for time).

“Rafał Blechacz stood out to us as a truly distinctive musical figure whose passionate commitment to his art and profound musicianship portend a long and brilliant career,” said Daniel Gustin.

Rafał Blechacz, 28, is a native of Poland, where he still makes his home. In October 2005, his career was launched when he was named the uncontested winner of the prestigious International Chopin Piano Competition in Warsaw, receiving all five prizes including First Prize and special prizes for best mazurka, polonaise, concerto and sonata. He has since performed in Europe, Japan and North America to critical acclaim. Mr. Blechacz is an exclusive recording artist for Deutsche Grammophon, and has made five well-received recordings with the record label.

“To receive this prestigious award is a great honor for me,” said Mr. Blechacz. “The award offers superb support for my upcoming musical projects and undeniably is a significant factor in the furthering of my career.”

The Gilmore Artist Award is given by the Irving S. Gilmore International Keyboard Festival, established in 1989. Candidates for the Gilmore Artist Award are nominated confidentially by a large and diverse international assemblage of music professionals. The finalists among the candidates are then each evaluated for their career potential and musicianship in many live concert performances by Mr. Gustin and an anonymous committee representing various aspects of the classical music world. The committee evaluates the candidates’ work over a sustained period of time, rather than judging their achievements during the course of a highly concentrated and limited set of conditions as in a public competition.

The Gilmore Artist receives a $50,000 cash grant to be used at the artist’s discretion and $250,000 typically disbursed over a four-year period for projects and activities that will enhance the artist’s musicianship and career.

The Gilmore Festival and Awards are the legacy of Irving S. Gilmore, a Michigan businessman and philanthropist based in Kalamazoo, whose special devotion to piano music and pianists inspired the creation of the biennial Gilmore International Keyboard Festival and the Gilmore Artist and Young Artist Awards. Mr. Blechacz, along with former Gilmore Artists Kirill Gerstein, Piotr Anderszewski and Ingrid Fliter will appear at this year’s Gilmore International Keyboard Festival taking place April 24 to May 10, 2014 throughout West Michigan. More information can be found at www.thegilmore.org.