• Carbon 14: Climate is Culture Performance Series (January 26 to February 9 2014)
• Sea Sick: Alanna Mitchell (March 19 to 23 2014)
• Quebec’s L’Orchestre d’Hommes-Orchestres presents Cabaret Brise-Jour (Shattered Cabaret - March 26 to 29)
• Belgian theatre director Tine Van Aerschot’s one-woman/two-ghost show, We Are Not Afraid of the Dark (May 14 to 17 2014)
• Mammalian Diving Reflex and their youth-troupe The Torontonians, The Theatre Centre will co-produce an epic, interactive performance called Promises to a Divided City (May 30 to 31 2014)
• The Tracy Wright Global Archive (June 4 to 8 2014)
• Self-Conscious Theatre, in partnership with Abilities Centre and The Theatre Centre share The Book of Judith (June 12 to 14 2014)
• Studio 180 Theatre - the Canadian premiere of Mike Bartlett’s punchy comedic drama COCK (April 4 to 27 2014)

Toronto, ON – The Theatre Centre recently announced a series of exciting partnerships and collaborations programmed to celebrate the organization’s move to their newly renovated home in the historic Carnegie Library on Queen St. West in early 2014. General & Artistic Director Franco Boni will animate the live arts hub and incubator with 10 new performance pieces presented from January through June, along with hosted rentals and a series of artistic residencies.

Formed in 1979, The Theatre Centre is committed to providing space, funding, public profile and mentorship to new work and new generations of artistic leaders by providing the infrastructure and resources needed to make art, from idea to production. In the past 35 years, the organization has had more than 10 homes, affordable only because of structural impediments, bad locations, or both. To find a permanent home, The Theatre Centre launched a capital campaign to raise $6.2 million to revitalize the space at 1115 Queen St. West, seizing the opportunity to move into a heritage building with a rich history as a cultural and community hub. The Theatre Centre will preserve the tradition of the building as a space dedicated to public use with a renovation of 11,797 sq. ft. that will include a main performance hall, a 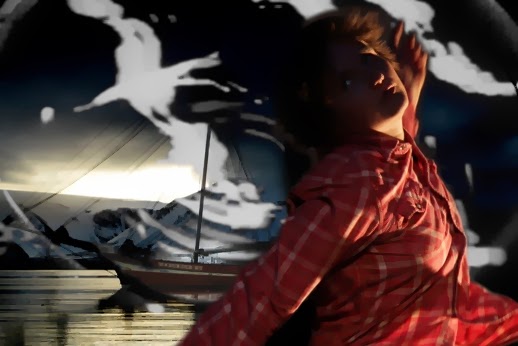 “Since its inception, The Theatre Centre’s artistic and community leaders have been dreaming about space, imagining a fully-equipped theatre full to bursting with new ideas, fierce debate and great art,” said Boni. “In 2014, when we open the doors to our new home, we celebrate a renewed commitment to artists from all disciplines, devoted to the investigation of ideas, and serious about discovering surprising solutions to seemingly unsolvable questions. Of equal importance is our pledge to our community to make our new home accessible, responsive and welcoming. We feel a great responsibility to uphold the legacy of this 100-year-old building that has served as an anchor in our neighbourhood; it’s been a gathering place, a place for joy, learning and sharing stories, and a place for justice and provocation and we will celebrate this commitment with our 2014 programming.”

Another part of Carbon 14: Climate is Culture Performance Series produced in partnership with Cape Farewell Foundation, Sea Sick by Alanna Mitchell runs March 19-23. A powerful and deeply personal solo performance by Alanna Mitchell, adapted from her award-winning book. Mitchell discovers the secrets of the ocean, faces the demons of the deeps and finds hope.

From March 26 to 29, Quebec’s L’Orchestre d’Hommes-Orchestres will present Cabaret Brise-Jour (Shattered Cabaret), with eight musicians borrowing from the repertoire of Kurt Weill to sing about the best and worst of the human condition in a work at the crossroads of theatre, cabaret, visual arts and performance, creating “music that can be seen”.

intimate one-woman/two-ghost show, We Are Not Afraid of the Dark (May 14 to 17). Inspired by the late actor Tracy Wright and her battle with cancer and performed by Valerie Buhagiar with two pre-recorded voices, Claire Marshall and Don McKellar, the piece is based on conversations between Tine and Tracy at the time of Tracy’s illness and offers a somewhat unusual guide to dealing with fear in an attempt to understand our transient lives.

Collaborating with culture production workshop Mammalian Diving Reflex and their youth-troupe The Torontonians, The Theatre Centre will co-produce an epic, interactive performance called Promises to a Divided City (May 30 to 31). Audience members (the citizens of the Divided City) will be counted, classified and asked to step up and save the city, with one hand firmly placed on a sacred book, chosen from the vast collection in the custom-curated ‘Library of Babel’ created in the space via a year-long book drive.

The Tracy Wright Global Archive (June 4 to 8) is a new project honouring the work and career of long-time Theatre Centre collaborator Wright that challenges five artists to explore a burning question and create a new work by engaging deeply with communities in locations around the world, seeking answers to their questions. Daniel Brooks, Jani Lauzon, Denise Fujiwara, Marcus Youssef and Nadia Ross will travel to the American South, the Mojave Desert, Japan, Egypt and India respectively, sharing their experiences through various forms of presentation – a lecture, a dance work, a shared meal, an installation, a soundscape, or a straight-up one-on-one chat.

Self-Conscious Theatre, in partnership with Abilities Centre and The Theatre Centre share The Book of Judith (June 12 to 14), created by acclaimed theatre artists Michael Rubenfeld and Sarah Garton Stanley in consultation with Judith Snow, an artist and former advocate with quadriplegia. The musical play about a self-anointed preacher who is passionately driven to change the lives of others before 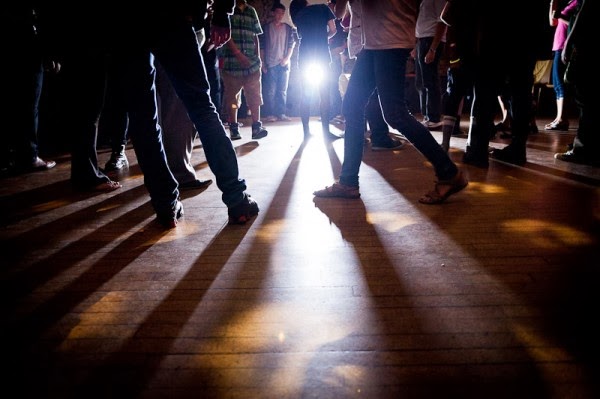 changing his own, will be presented in performance at Abilities Centre in Whitby, ON.

The Theatre Centre’s Residency Program, designed to support artists in developing new work and to facilitate collaborative creation, will welcome five new artists/groups with two-year partnerships. Tailored to the specific needs of each participating artist or collective and the idea or artistic impulse they wish to explore, incoming Residency artists include Jess Dobkin; Ian Kamau; Hannah Moscovitch, Maev Beaty and Tova Smith; Heidi Strauss / adelheid; and Dan Watson and Christina Serra. Playwright, director and actor Ravi Jain will serve as artistic director in residence, working with Boni to program work for the new space.

LTR (Long-Term Relationships), a unique long-term partnership opportunity that allows non-venued theatre companies to make The Theatre Centre their home base for several seasons, will also be launched 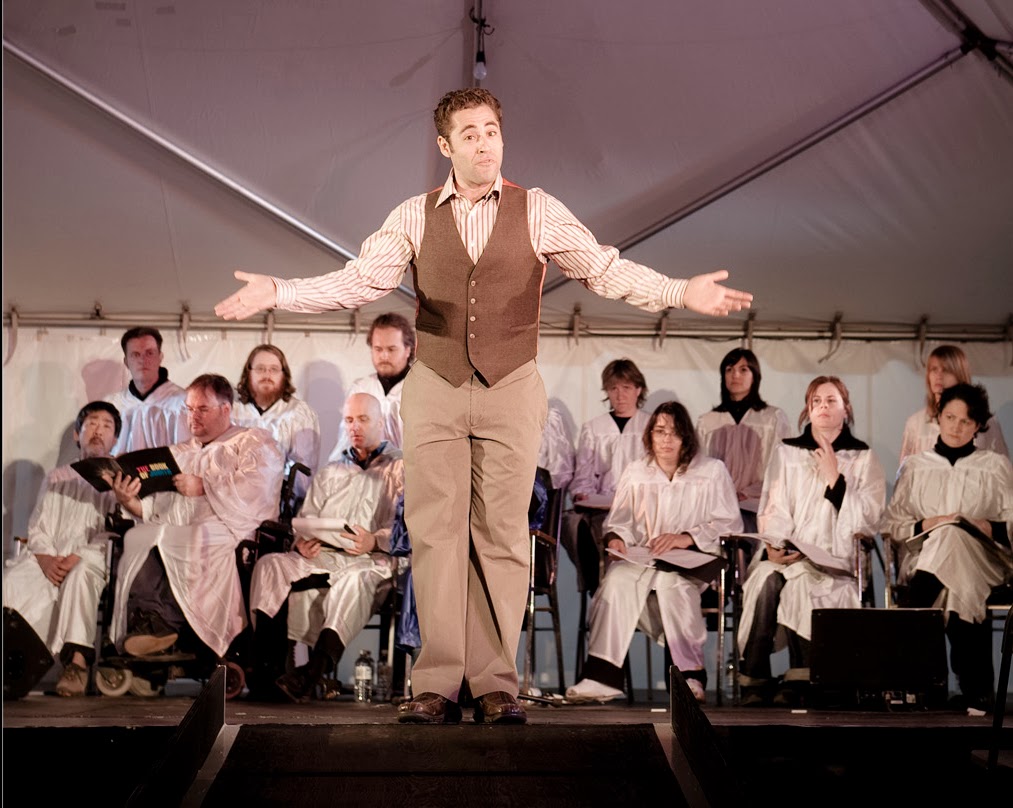 with inaugural LTR partner Studio 180 Theatre. In addition to providing space to create and produce productions, this new program will offer partner companies the stability to make long-term strategic planning and programming decisions. The first of many companies to ‘move in’, Studio 180 Theatre, is an acclaimed Toronto-based company that produces hard-hitting, political, socially significant, contemporary theatre that provokes public discourse and promotes community engagement. In April, Studio 180 Theatre will present the Canadian premiere of Mike Bartlett’s punchy comedic drama COCK (April 4 to 27).

Rental productions hosted at The Theatre Centre over the course of the year will be carefully curated, in keeping with the organization’s mandate. Inaugural rentals, along with a Producing Series to be launched in the new home will be announced in the coming months.
canadian premiere don mckellar inuit artist tanya tagaq the theatre centre toronto theatre in toronto