A Girl and Her Dog: WorldStage Presents Victoria Melody in Major Tom February 26 to March 1 2014 in Toronto #artlive

TORONTO, ON – From pigeon racer to northern soul dancer, England’s Victoria Melody has experienced it all through her investigational life-as-art theatre practice. Melody immerses herself in cultural rituals of personal interest – in this case, dog shows and beauty pageants – and presents her ‘research’ findings 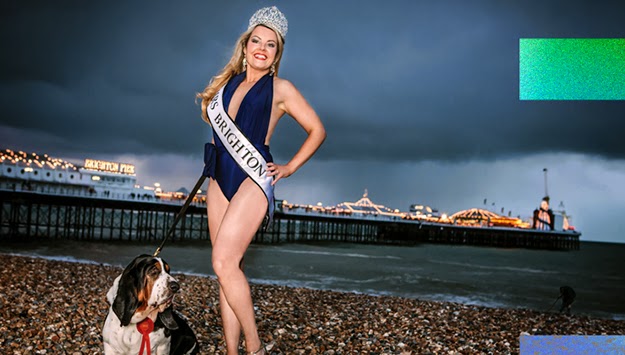 through comedic and entertaining performance pieces across the UK and around the world. This season, Harbourfront Centre’s World Stage welcomes the North American premiere of Melody’s latest one-woman one-dog show Major Tom, which runs February 26 to March 1.

Approaching her work through an anthropological lens, Victoria Melody does not shy away from addressing the unusual subcultures of England through her theatrical work, nor does she fear immersing herself (or her pets) in a personal challenge. Her unique theatrical style suggests that an artist must first experience the ins and outs of the world they wish to explore creatively, in actuality. Major Tom is part-documentary and part theatrical experiment. Through a rich blend of humour, honesty and cultural observation, Victoria Melody and her co-star basset hound Major Tom draw poignant parallels between life as a championship show dog and life as a competitive beauty queen.

Major Tom was propelled into the limelight after being enrolled and winning in several amateur dog competitions. Victoria Melody’s long-term goal in doing this was to eventually enlist her beloved basset hound in Crufts – the world’s largest dog show - and take home the Best in Show prize. However, after losing multiple contests and putting Major Tom through the grueling world of competitive dog shows, Melody felt compelled to put herself through a similar ordeal: enrolling herself into beauty pageants. Major Tom is the story of two contestants who get sucked into the vortex of appearance-based competitions and eventually ease their way back into a life of normalcy. 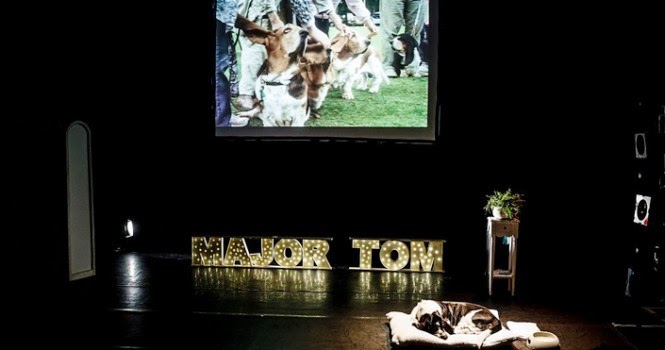 “Victoria is courageous and humble in her exploration of celebrity, beauty and society’s obsession with competition. Subjecting herself to a life of pageantry and scrutiny may seem bizarre and unnecessary to some, but it makes the show honest and authentic,” suggests Rasmussen. “There’s also something to be said about casting her dog as her co-star. It’s not a gimmick or a theatrical stunt, Major Tom is a key cast member and is perfectly present throughout the piece – it’s really quite charming. ”

Tickets for Major Tom and other World Stage 2014 programmes are available via Harbourfront Centre’s Box Office. Patrons can call 416-973-4000, visit 235 Queens Quay West and/or go online for all ticket inquiries.

Please visit harbourfrontcentre.com/gettinghere for information about getting here during the Queens Quay revitalization.

WORLD STAGE EXTRAS
Major Tom – Opening Night Pre-show Event
Wednesday, Feb. 26, 7 p.m. – Enwave Theatre
In an effort to further understand the seemingly complex world of contemporary performance, World Stage invites ticket holders to attend an opening night artist talk and celebration with complimentary freshly brewed tea. This pre-show conversation will be hosted by a well-informed industry practitioner, who will facilitate a friendly, informal chat with patrons to help shed light on some of the ideas and approaches found within the 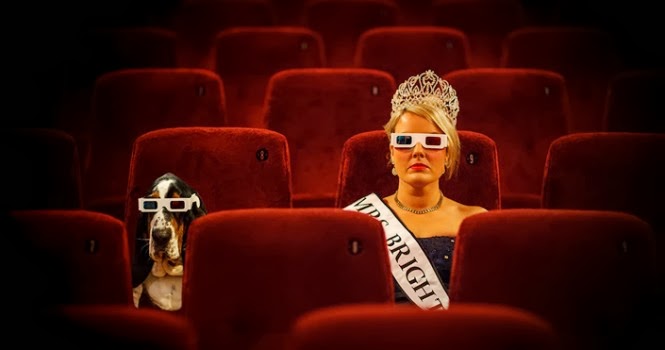 piece. Cup, saucer and programming provided and curated by World Stage. Admission is free with the purchase of a ticket to the opening performance of Major Tom.

Series 8:08 - Major Tom Workshop with Victoria Melody
Friday, Feb. 28, 2014, 12 Noon, Dovercourt House, Dovehouse Ballroom
To accompany Major Tom, Victoria Melody has created a workshop that offers insight into the strategies and methodologies she uses when creating new work. This workshop will look at her creative triggers and her approach to developing research based work. Open to participants with various arts backgrounds.