Cumbancha is announcing their first release for 2014 from Joe Driscoll & Sekou Kouyate. Their debut album Faya is out on Feb. 18, 2014. 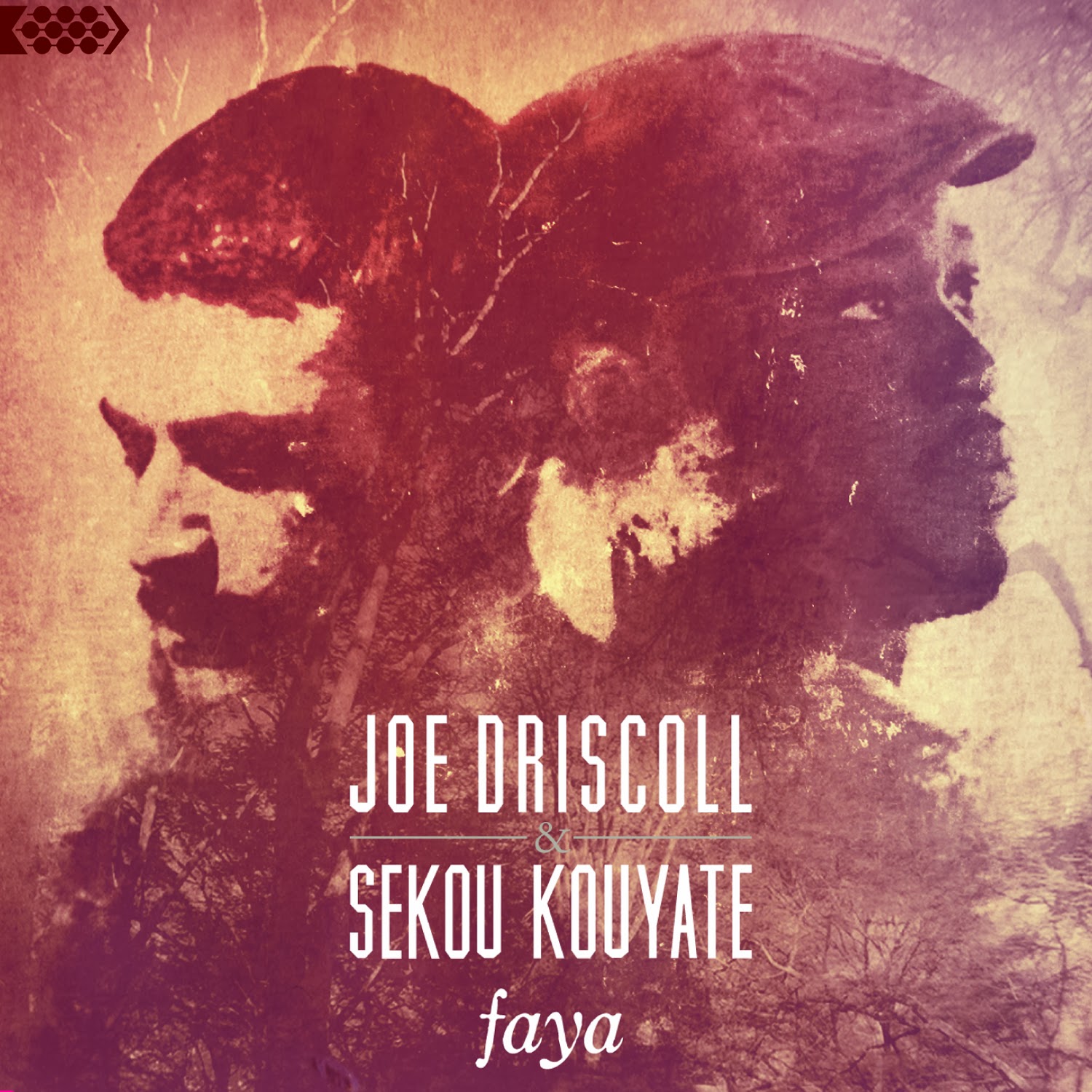 The collaboration between a rapper/beatboxer/singer-songwriter from Syracuse, NY and an electrifying African kora sensation from Guinea pushes genre boundaries and earns raves across Europe.

The well-worn and often overblown expression "music is a common language" has never been more apropos in the case of Joe Driscoll & Sekou Kouyate. US-born, England-based Driscoll speaks no French and Kouyate, who hails from the West African country of Guinea, little English. When they were brought together at the Nuit Metis (Mixed Night) festival in Marseille, France in 2010 and given a week to produce a concert, music was the only way they could communicate.

It turns out, they had a lot to "talk" about, and their first meeting sparked a collaboration that led to the formation of a band, the recording of an album, over 120 concert dates across Europe and rave reviews. Driscoll contributes the rapping, looping, beatboxing and songwriting talents he developed growing up in 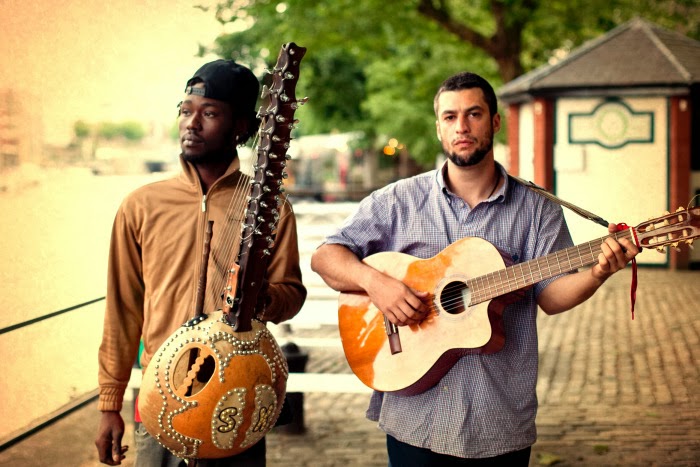 Syracuse, New York and during his own successful recording career. Kouyate, already a phenomenon in African music circles, has blown minds and ears with his hypersonic electrified riffs on the kora, bringing the exalted West African harp into the 21st Century with use of distortion peddles, effects and previously-unimagined technical prowess. Together, Driscoll and Kouyate blend hip-hop, spoken word, funk, and soulful, accessible rock with Afrobeat, reggae and irrepressible African grooves.

Sekou Kouyate was raised in a respected and accomplished musical family in Conakry, Guinea. Trained in the ancient traditions of his instrument, it is his ability to transcend and build upon those traditions that has set him apart. In France, he is known as the ‘Jimi Hendrix of the kora’ because of his unique style of playing with various effects, in a variety of genres, and with an extreme intensity. Kouyate has toured the world over

as a member of the Ba Cissokoband, comprised of his cousin and brothers.

Joe Driscoll, whom Cee-Lo Green labelled “the gangsta with an iron lung,” has been touring steadily for years, spreading his unique fusion of folk and hip-hop. The modern day take on the one man band, he uses live looping to create soundscapes full of beatbox, guitar, harmonica, percussion, harmonica, and just about anything else he can make use of. Now living in Bristol, England, Driscoll has performed his ground breaking solo show at the famed Glastonbury Festival, Electric Picnic in Ireland, and hundreds of major stages worldwide.

By teaming up, Driscoll and Kouyate have created a sum that exceeds even the large whole of its individual parts. According to Driscoll, “We’ve been raised in very different cultures in so many ways, but we share a lot of the same interests musically. Sekou was raised in the African rhythm and traditions, yet has always had 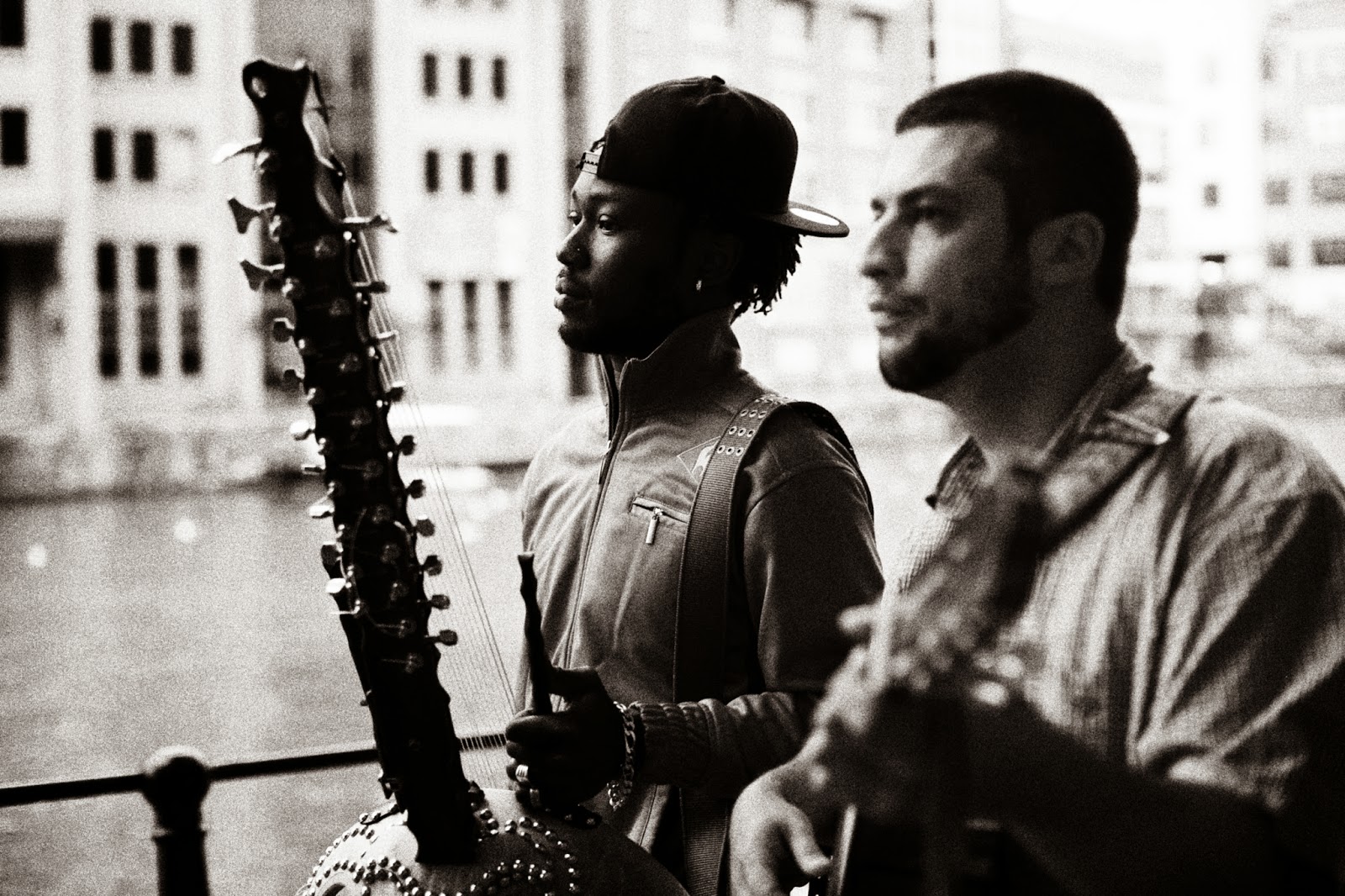 a passion for reggae, hip-hop. I’m kind of the other way around. At the heart of it, we both just make the noises we love; we listen to each other, and try to flow in harmony. I think we just bounced off each other in so many ways: rhythmically, melodically, with craftsmanship. Through this, we found we had a language between us and that philosophically we were on a lot of the same pages as well.”

The songs on Faya address burning social issues, commenting on poverty, borders, immigration and inequality. According to Driscoll, ” We wrote about things that we knew and experienced, things that were important to us. We’ve both travelled the world extensively, so dealing with these issues was a very important part of the experience. We had things we wanted to say about them. The message is the seed. Some people just enjoy the fruit, but we try to spread the seeds with a positive vibe.” Kouyate sings in French and his native Susu language and Driscoll expounds in lightning fast bursts of cunningly crafted English.