NEW YORK, NY - Japan Society, in conjunction with the Mid-Manhattan Performing Arts Foundation, is proud to present the North American debut of Shomyo no Kai - Voices of a Thousand Years on March 6 at St. Bartholomew's Church in midtown Manhattan. 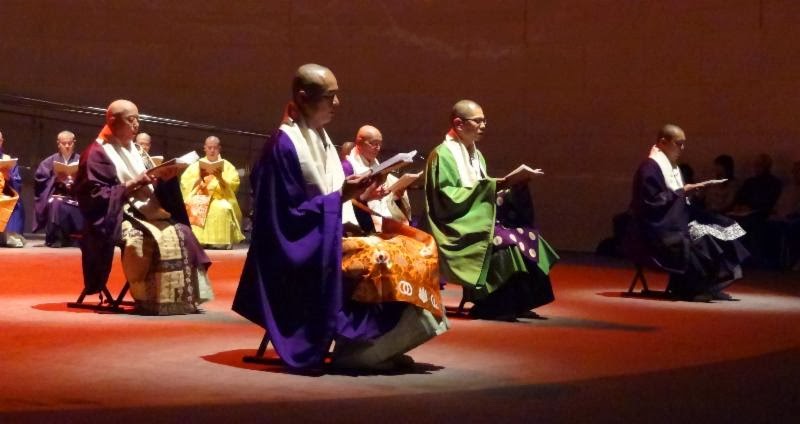 The ritual choral chanting of Japanese Buddhist scripture known as shomyo  boasts a history of over 1300 years, placing it alongside Gregorian chant as among the world's oldest continually performed musical forms. Shomyo (literally meaning "voice clarity") is believed to have originated in India before traveling along the Silk Road and entering Japan in the sixth century, where it has been practiced ever since. Seldom heard outside of Buddhist temples, live performances of shomyo in the Western world by traditional practitioners are noteworthy.

Shomyo no Kai - Voices of a Thousand Years comprises priests from two of Japan's major Buddhist sects, the Shingon and Tendai sects. With a mission to preserve and develop the art of shomyo, the group has been actively performing this song form for over twenty years to audiences in concert halls across the world. The group, originally called Shomyo Yonin no Kai, was founded in 1997 by modern shomyo pioneers Rev. Yusho Kojima and Rev. Kojun Arai (Shingon sect) and Rev. Koshin Ebihara and Rev. Jiko Kyoto (Tendai sect). On March 6, Shomyo no Kai - Voices of a Thousand Years will perform the North American premiere of the contemporary shomyo work Life in an Autumn, written by New York and Tokyo-based composer Ushio Torikai. Clad in brightly colored monastic robes, the choir alternates between monotone stillness and ecstatic polyphony. The ethereal voices of Shomyo no Kai swell in powerful harmony, enrapturing the listener into a transcendent meditative state. Set in the exceptional acoustics and grand sacred space of St. Bartholomew's Church, this concert offers a rare opportunity to hear these ancient ritual songs come to vibrant life.

Borrowing some of its text from a Japanese translation of American poet Nancy Wood's interpretation of Native American healing prayers, Torikai's Life in an Autumn is a modern meditation on mortality, inspired by the tragic events of September 11th, 2001. The piece premiered in 2002 in Japan and was restaged in Tokyo in 2012 as a requiem for the victims of Japan's March 11 earthquake and tsunami. "Since September 11, 2001, I have been preoccupied with thoughts about the nature of human life, of ethnicity and of human civilization," says Torikai. "Music and religion in particular are very closely related. Music constitutes the ethnic identity of people all over the world,  an expression of the beauty of wonderfully varied lives. Religious music is the most positive eulogy of life." With Life in an Autumn, now to be performed around the third anniversary of the 3/11 Japanese disaster, Torikai and Shomyo no Kai present a palliative prayer that is at once contemporary and immemorial, superseding the dividing lines of Christianity and Buddhism, American or Japanese, natural or manmade disaster. 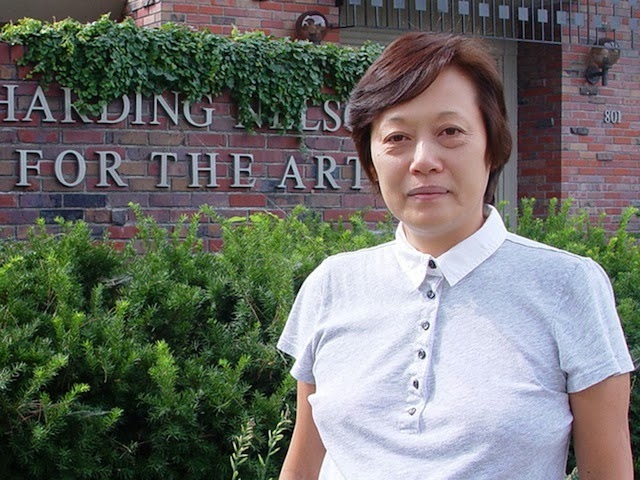 On the day of the performance, composer Ushio Torikai will lead a pre-performance lecture on the history and musical form of shomyo at St. Bart's Chapel one hour before the performance. This lecture is free and open to Shomyo no Kai ticket holders but is limited to only the first 120 attendees; first come, first served.

Japan Society is partnering with The Mid-Manhattan Performing Arts Foundation to present this concert at MMPAF's home for live performance, St. Bart's. "We are excited to showcase this sacred music in a sacred space," says Japan Society Artistic Director Yoko Shioya. "St. Bartholomew Church offers unparalleled resonance and beautifully engaging architecture. It also offers the opportunity for a broader, larger audience to connect with the venerable shomyo tradition. The juxtaposition of Christianity and Buddhism is further leavened by the non-secular nature of the work being performed, resulting in a performance that is truly universal."

Japan Society's produced and organized tour of Shomyo no Kai - Voices of a Thousand Years includes stops at Haverford College in Haverford, PA (March 2) and The John F. Kennedy Center for the Performing Arts in Washington, DC (March 8).

RELATED EVENT
Lecture - March 4, 2014, 6pm
Japan Society invites two experts in the field of Buddhist teaching and shomyo for a special discussion and staged demonstration at Japan Society on Tuesday March 4th at 6:30pm. Columbia University Professor Robert A.F. Thurman, a leading American expert on Tibetan Buddhism and the first Westerner to be ordained a Tibetan Buddhist monk by H.H. the Dalai Lama, has been instrumental in popularizing the Buddha's teachings in the West. In this lecture, Prof. Thurman explores connections between Japanese and Indo-Tibetan Buddhism and joins in a discussion with Kojun Arai, priest of Japan's Shingon Buddhist sect and leading member of Shomyo no Kai - Voices of a Thousand Years, which culminates with an on-stage demonstration of what is considered one of the oldest forms of vocal music. 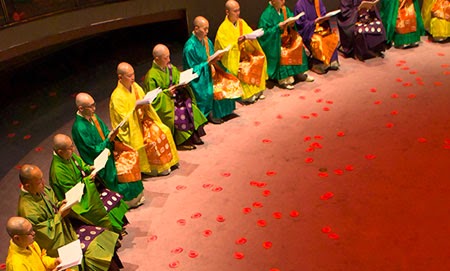 • Tickets to this lecture are available through the Japan Society website

For more information about shows, questions about the venue or to learn more about the entire Performing Arts season at Japan Society, please call 212-715-1258 or visit us on the web.