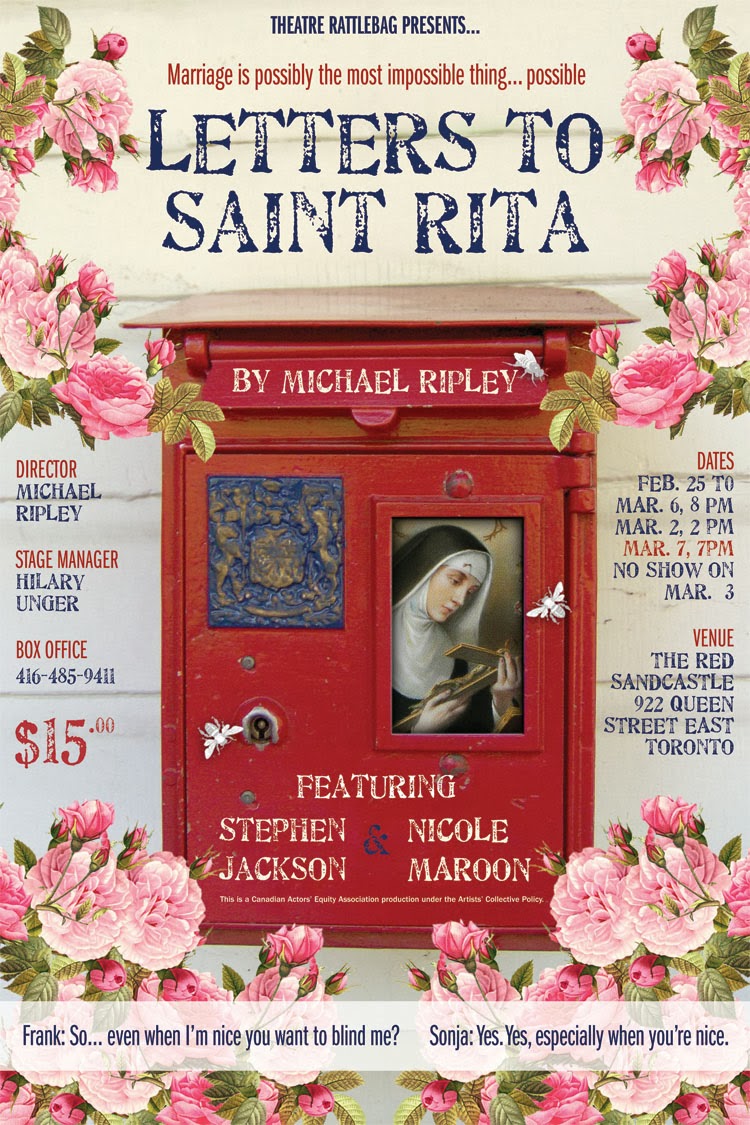 TORONTO - Theatre Rattlebag is pleased to present "Letters to St. Rita", written by Michael Ripley. Since 2010, when his first play "To Distraction" was mounted at the Toronto Fringe ("The most beautiful, thought-provoking play I've seen this year."  --Mooney on Theatre), he has continued to write and find success across the globe.

In 2013 his play "Nine Types of Ice" was produced in Auckland, New Zealand (People's Choice Selection); Sydney and Melbourne, Australia; Delhi, India; and Dubai, U.A.E. It was subsequently made into a short film that premiered this past summer at the Montreal World Film Festival.

Since then, his play "Lunch With Cassiopeia" premiered in October, alongside a host of other new works, to sold out audiences at the Storefront Theatre. The evening, dubbed "A Damn Fine Nite of Actors" grew out of Chris Owen's (Harold Award Winner, 2009) Monday Nite Group and offered a glimpse of the rich and diverse, quality work routinely shared in the private workshop.