Toronto – Internationally renowned director Peter Sellars returns to the Canadian Opera Company this spring with a new company production of Handel’s Hercules that propels the Greek myth into the modern day, giving voice to the untold horrors of war and the unspoken complications faced by

veterans returning home. The COC premiere of Hercules reunites Sellars with celebrated conductor Harry Bicket and the all-star cast that presented this co-production with Lyric Opera of Chicago to unequivocal praise at its debut in Chicago in 2011. Hercules is sung in English with English SURTITLES™ and runs for seven performances at the Four Seasons Centre for the Performing Arts on April 5, 11, 15, 19, 24, 27, 30, 2014.

One of the most powerful forces in the performing arts world today, director Peter Sellars (Tristan und Isolde, 2013) has created a production described “as a stinging, profoundly moving examination of the domestic aftermath of modern war” (Opera News) that is not only “capable of inspiring moral action” (Los Angeles Times) but “will follow you home and keep you thinking as well” (Chicago Sun-Times).

Using Handel’s musical drama about the mythical hero’s triumphant return home after a prolonged war abroad, Sellars’s production of Hercules examines the heartbreaking conflict faced by returning soldiers of war and their families. “Ultimately, the verities Handel knew and captured so brilliantly in his music leap across time and space in Sellars’ inspired update” (Chicago Tribune) where, in working 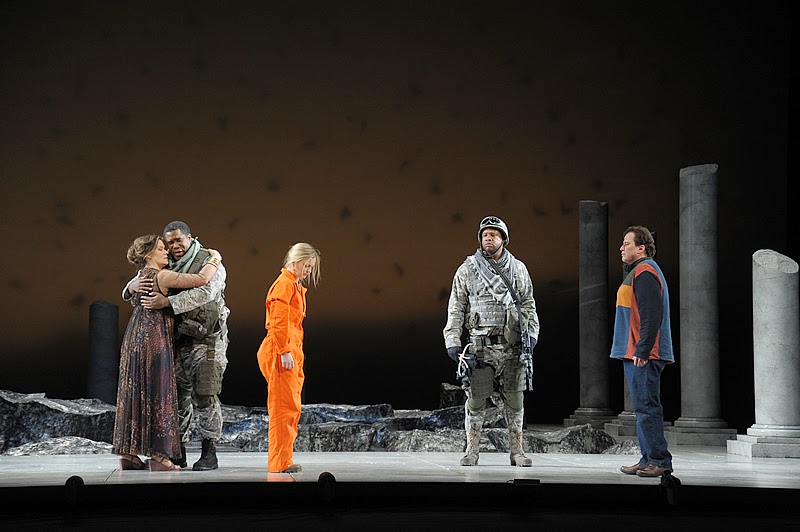 Grammy Award-winning American bass-baritone Eric Owens makes his COC debut as Hercules. Internationally acclaimed for his commanding stage presence and inventive artistry, Owens’s portrayal of this mythical veteran of war has been called a “poignant realization of the title character’s struggle with psychological disintegration” (Opera News) and a Hercules that “speaks to you even in his silences … and shakes you when he sings” (Chicago Sun-Times).

Britain’s Lucy Crowe, one of the leading lyric sopranos of her generation, makes her COC debut as Iole, Hercules’ prisoner of war. Crowe’s Iole at Lyric Opera of Chicago was met with unanimous acclaim, declaring her “a major discovery” (Chicago Tribune) and “a new star born, both for her searing expression of a prisoner’s pain and for the luminous light she shines on one of Handel’s most compassionate arias, ‘My breast with tender pity swells’” (Los Angeles Times).

American countertenor David Daniels (Xerxes, 1999) returns to the COC as Hercules’ trusted aide, Lichas. “To say that he is the most acclaimed countertenor of the day, perhaps the best ever, is to understate his achievement. He is simply a great singer,” (New York Times) and with Handel’s opera he “was born for this music and his Lichas grabs your heart” (Chicago Sun-Times). 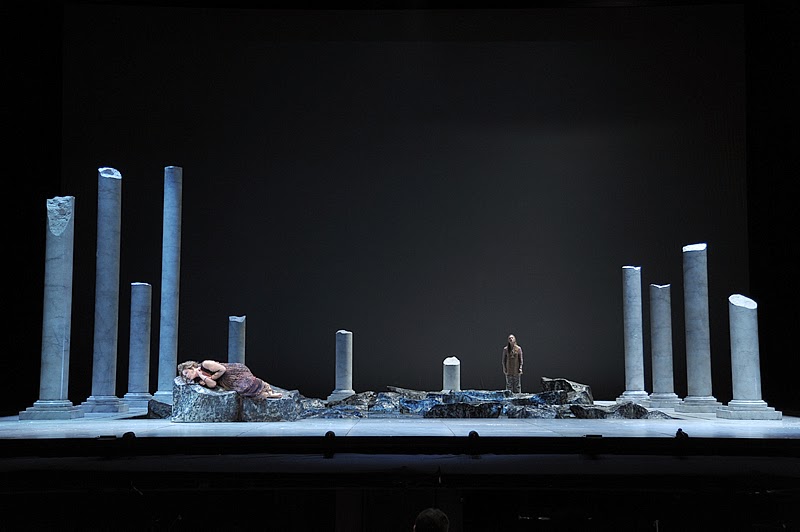 American tenor Richard Croft (Così fan tutte, 1992) is internationally renowned for his performances with leading opera companies and orchestras around the world and returns to the COC as Hercules’ son, Hyllus. In this role, Croft is “firmly in his vocal element” (Chicago Tribune), delivering a performance that has been called “profound” (Los Angeles Times).

Internationally renowned Baroque specialist conductor Harry Bicket (Orfeo ed Euridice, 2011; Idomeneo, 2009; Rodelinda, 2005) returns to lead the COC Orchestra and Chorus through Handel’s glorious music. Bicket was praised for his musical leadership of Hercules in Chicago, leading the “orchestra in a spirited performance that brings out the melancholy beauty of the score, as well as Handel’s edgy, almost dissonant harmonies” (Huffington Post) and “conducted a performance true to the spirit of Handel’s time yet truer still to Sellars’ stress points” (Los Angeles Times).

Beyond the Mainstage
In keeping with Peter Sellars’s overarching ambition to rejuvenate theatre as an arena for political consciousness, and to let opera speak to our society, the COC has reached out to various veterans groups to engage them with this production of Hercules. In addition to inviting veterans to the dress rehearsal of the COC’s Hercules, veterans from World War II and the wars in Korea, Bosnia, and Afghanistan are taking part in the COC’s Opera Exchange day-long symposium Coming Home: Handel’s Hercules on April 4, 2014, offered as part of the Munk School of Global Affairs’ series, 1914-1918: The Making of the Modern World, which explores the effects of the First World War through the century. 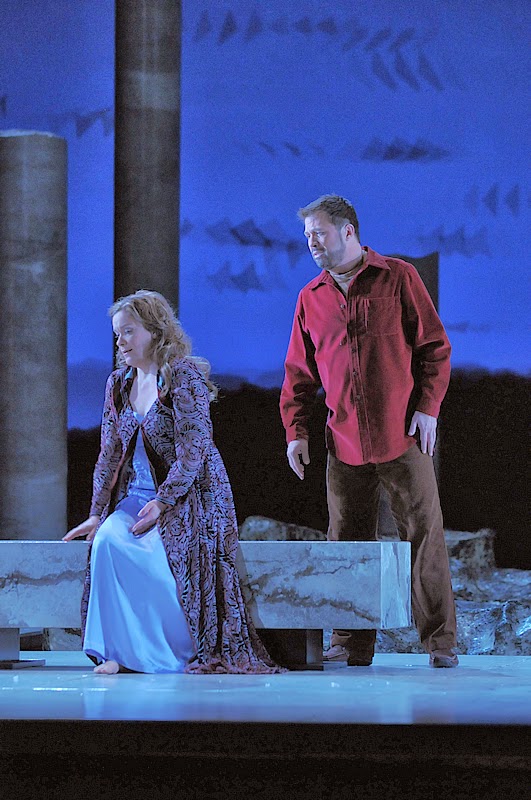 About Hercules
Handel’s opera is based largely on the Sophoclean tragedy Women of Trachis. In addition to being a dramatist, Sophocles was also a war general and knew first-hand the devastating psychological traumas that imperilled returning veterans. More than 2,000 years later, Handel tackled the material with Hercules, an oratorio-opera hybrid he himself labeled a “musical drama.” Hercules was a failure at its 1745 premiere in London. It was not until the 20th century, in conjunction with a broader rediscovery of Handel’s work, that Hercules came to be recognized as one of the composer’s greatest achievements.