Toronto, March 4, 2014 – The artistic team of Winnipeg-born, self-proclaimed nomad, Rhonda Weppler and Calgary-born, Toronto-based Trevor Mahovsky, has been awarded the  2014 Canadian Glenfiddich Artists in Residence Prize for their collaborative work that takes an innovative sculptural approach to still life.

By combining handmade craft and improvised materials, their inventive work is an artistic translation of the complex identity of everyday objects as cultural artifacts. The pair's sculptural still life has been described as, "wickedly inventive, event-studded, inexhaustibly suggestive" and “mesmerizing, beautiful and surprisingly profound.”

The Weppler and Mahovsky shared-win makes the pair one of only ten recipients in the world awarded the art community's coveted 2014 Glenfiddich Artists in Residence Prize - to live and work at the distillery in Dufftown, Scotland. While in Dufftown the artists live in crofts and are encouraged to find inspiration from the pastoral setting in the Scottish Highlands. One of the specific benefits is to work in an international artists' community, to share in a dialogue with one another and to foster cross-disciplinary ideas. The Glenfiddich Artists in Residence Prize covers the cost of travel, living expenses and working materials during the residency. The three-month residency, valued at $20,000 per artist, (or collaborative pairing), represents the Glenfiddich commitment to the arts and the communities it serves.

Andy Fairgrieve, curator of the Glenfiddich Artists in Residence Prize was first to share the news from Dufftown, "We are excited to have our first collaborative pairing from Canada.  Weppler's and Mahovsky's use of materials, tied so closely to those that are central to the crafting of Glenfiddch (copper and wood) promises to provide an outcome significantly tied into the unique opportunity that is the Glenfiddich experience.”

Weppler and Mahovsky issued a joint statement, "We are so honoured to be selected for the Glenfiddich residency. It gives us a much appreciated chance to connect with other artists from around the world in a 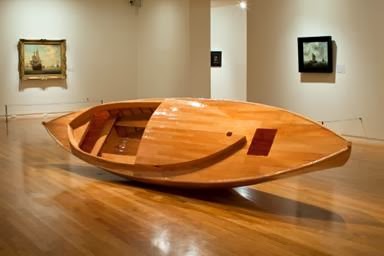 unique location. The Glenfiddich Prize is such  a huge reward. We are so grateful that this program exists, not just for ourselves but for what it means to artists in general.”

"We are very proud that the Artists in Residence Prize appeals to so many of Canada's leading and emerging artists," says Mr. Fairgrieve. "The range of scope of the submissions is a true reflection of the creative exploration going on in Canada today. While it was not easy to make the final selection from nearly 200 submissions, it was the use of materials, depth of imagination and innovative practice that made Weppler and Mahovsky the standout applicant.” 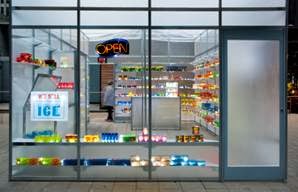 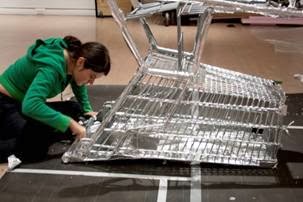 York). Their work is represented in public collections including the Musée d’art Contemporain de Montreal and the National Gallery of Canada.