• Buy/Pre-order it here
• Grab a free download of "Gbaenyama," the first single from the album, right over here

This year, Sierra Leone's Refugee All Stars proudly celebrate the band's 10-year anniversary with our fourth studio album,Â Libation. Â For these recordings, we come full circle to the rootsy, acoustic, "around the campfire" sound of our first album --'Living Like a Refugee -- which was mostly recorded in the refugee 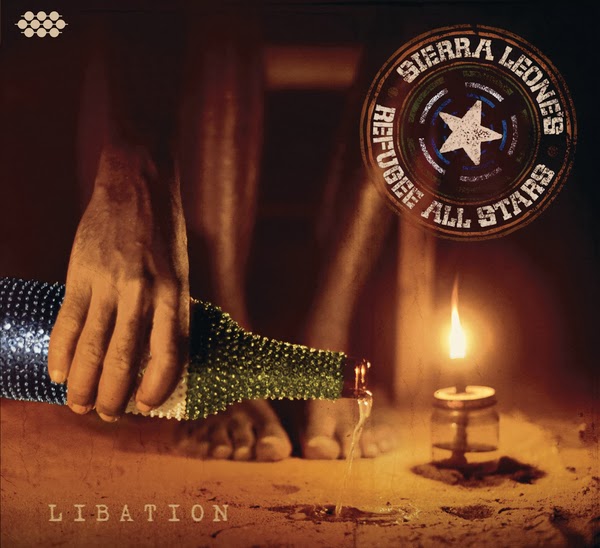 camps during the years in exile from Sierra Leone. Back then, our group was in a very different frame of mind, had yet to tour the world, and we were still raw in many ways.

Over the years we have grown and evolved to become the band we are today. Â This album demonstrates and celebrates how far we have come as a group, and serves as a musical 'libation' to the All Stars we have lost along the way. Â It's a family reunion as well, as we reunite with Chris Velan, producer on that debut release. Â The new album was recorded in the Green Mountains of Vermont and mixed in London by Chris and renowned British producer Iestyn Polson, known for his work with David Gray, Patti Smith, David Bowie and others.

We celebrate the joy, passion for music, and love-of-life that have shaped our band, and look forward to sharing this album with you on March 18th.

The Libation World Tour kicks off April 3rd in Minneapolis, Minnesota followed by a performance at the Amnesty International Human Rights Conference in Chicago, a concert at the iconic Apollo Theater in Harlem, New York and a special private appearance at the United Nations. Additional tour dates confirmed in Montreal, Boston, Washington DC, Los Angeles, San Francisco and more.

• For a full list of confirmed dates, visit www.cumbancha.com/slras/tour

After a 10-year adventure that has taken them from the squalor of refugee camps to the world’s biggest stages, Africa’s most inspirational band continues to ascend with what will surely be hailed as their best album yet. For these beautiful recordings, Sierra Leone's Refugee All Stars go full circle to the acoustic, “around the campfire” sound that appeared on their first album, much of which was recorded in the refugee camps during their years in exile from Sierra Leone. Back then, the group was in a very different frame of 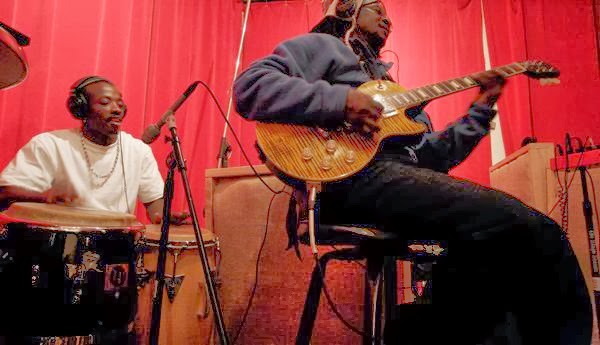 mind, had yet to tour the world, and were still raw in their sound. Over the years they have evolved to become one of Africa's most recognized bands with fans across the globe. Libation's acoustic intimacy, toe-tapping rhythms, catchy melodies, honest soulfulness, socially conscious lyrics and musical dexterity reveal how far the group has come while remaining true to its roots.

It's a family reunion as well, as they join forces again with Chris Velan, the producer of their debut album Living Like a Refugee. The new album, which will be released in the US and Canada on March 18, was recorded amidst the Green Mountains of Vermont and mixed in London by renowned British producer Iestyn Polson, known for his work with David Gray, Patti Smith, David Bowie and others.

The album takes its title, Libation, from the ritual pouring of a liquid that is common in African cultures. A libation is poured as an offering to a god or spirit, to honor the ancestors, and in memory of loved ones who have died. Often, when a libation is poured it is an invocation for sacred spirits to be present at a special event such as the welcoming of people into the community, for a wedding, birth or funeral or the coronation of a king or other ruler. After the tracking of the album was finished, for example, the members of the band celebrated the occasion by pouring a libation, both as a celebration and to remember the numerous beloved members of the band who have passed away over the last ten years and could not take part in the session. The title offers a celebration of ten years together, a chance to remember those who have joined the ancestors and hope for many years of success ahead.

From their last CD: