In a personal note that follows the liner notes of her impressive new CD In The Nature Of Things (Pintch Hard Records), pianist and composer Leslie Pintchik cites the "extraordinary warmth and generosity (not to mention the superb musicianship) of all of the band members.  With that in mind," 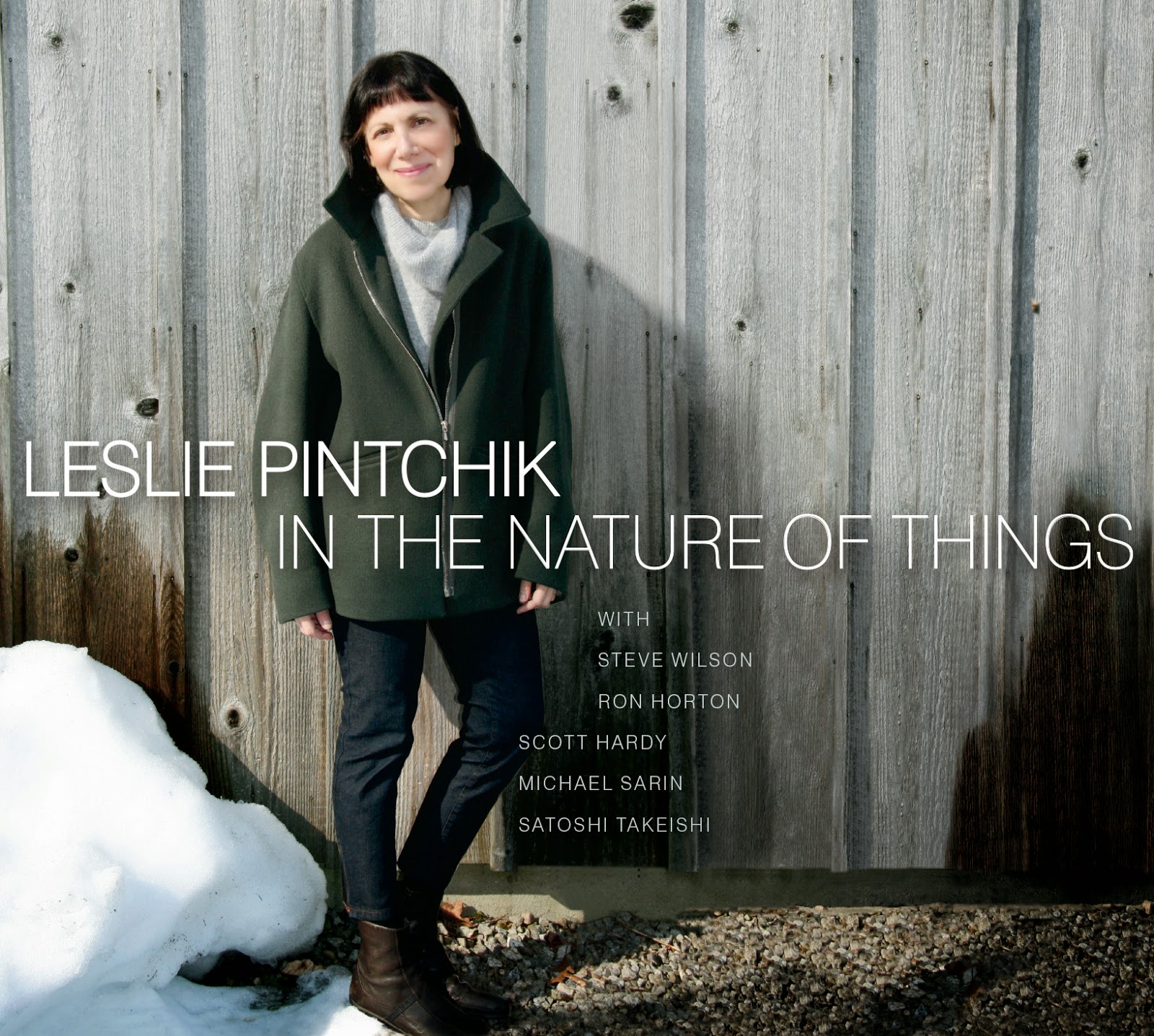 she continues, "I settled on the name In The Nature Of Things to reflect the feeling I had that all of the musicians on this date honored the fundamental intent and 'nature' of the music, as I had conceived it." Pintchik's new recording features eight of her original tunes and one standard.

A marvelously gifted and imaginative composer, Pintchik has imbued each track on her new CD with a strong character and flavor of its own.  The wide range of grooves - swing, New Orleans second-line, samba and various Latin-based rhythms - and the equally wide range of feeling inherent in the tunes inspired her well-seasoned band members to take this material, run with it, and then some.

About her band-mates, Pintchik writes "What great good luck to live in a city where I've been able to meet and play with such creative, responsive musicians, who consistently bring so much to the table."  For this outing, Pintchik returns with two of her treasured long-time cohorts, bassist Scott Hardy and percussionist Satoshi Takeishi.  Michael Sarin, the extraordinary drummer with whom she's been playing for the past three years rounds out the rhythm section.  All three track this multi-layered music beautifully, and always give it what it asks for.  The superb saxophonist Steve Wilson (with whom she recorded on an earlier CD, Quartets) and the wonderfully resourceful trumpeter Ron Horton complete the band.

As a player, Pintchik's strong suit is an emotional directness and integrity that allows her to conjure a wide range of moment-to-moment, unmediated feeling.   And with a beautifully nuanced tone on her instrument, she evinces, by turns, the quiet delicacy and tenderness of power in reserve, a very playful extroverted humor, and a sense of urgency and play in her up-tempo pieces.

"I've always loved pianist Herbie Hancock's tune 'Speak Like A Child' on his classic CD with the same name," says Pintchik.  "And I was especially drawn," she continues, "to the way he used the horns, to color, but not state the melody.  With that as inspiration, Scott has written some wonderfully inventive counter-melodies for the horns, on the six tunes that feature Ron and Steve." In The Nature Of Things begins with the quietly seductive opening phrase of Pintchik's "With You In Mind."  A haunting melody with a sense of yin and yang, it is both quiet and turbulent, tender and urgent, and features strong feelingful solos from Pintchik, Wilson and Hardy.

"I'd Turn Back if I Were You" takes its name verbatim from a sign at the entrance to the Haunted Forest in the classic movie "The Wizard of Oz."  Set to a New Orleans second-line rhythm, the tune's strong groove and sense of humor is enhanced by the sassy James Brown influenced jabs from the horns.  This humorous take on the dangerous Haunted Forest is punctuated by the very loud repeated low note on the piano that serves as a quirky, ominous turn-around at the end of the tune.  Pintchik shines on an extroverted, enormously playful solo.

On the Lerner and Loewe standard "I've Grown Accustomed to Her Face," the poignant melody, arranged by Pintchik and Hardy in an extended form with a repeated ostinato rhythm, is set like a jewel.  Both the arrangement and the soloing showcase the especially sensitive interplay between Pintchik and Hardy: a subtle knockout.

Inspired by the color palette of her friend Peter Greene's paintings, the unusual flavor of Pintchik's tune "Luscious" showcases a lyricism within a bright straight-eighths tempo.  All three soloists (Pintchik, Wilson and Hardy) complete the picture with their vibrant solos.

With its happy, optimistic vibe, "Sparkle" is an appealing mid-tempo swinger written, says Pintchik, "to reflect the warmth of our listeners over a ten-year span of gigs at the recently closed Watercolor Café."  Pintchik sets the tone with a joyful, melodic, in-the-pocket solo.  Next up is Horton, who has a wonderfully uncommon mix of sweetness and excitement in his solo, followed by Wilson who plays with a powerful and very deep swing. 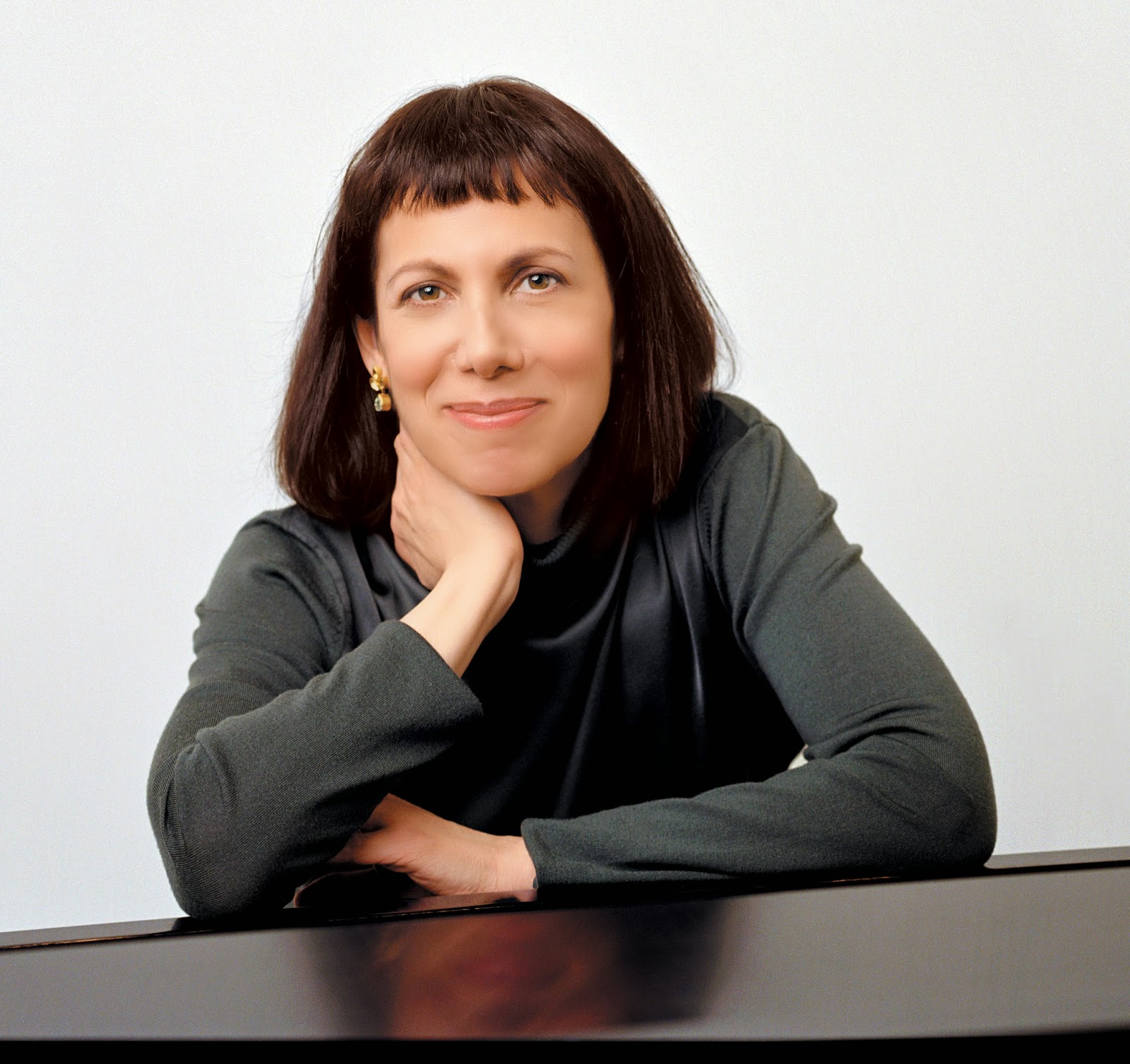 A minor blues that spans two twelve-bar choruses, "Terse Tune" has a very spare melody, hence its name.  Pintchik describes it as "a brief tune with astringent harmonies that ends not with a bang but a whimper."  This vibey romp with round-robin soloing, builds momentum throughout the track, and climaxes with an exciting flag-waving section with "dueling" horns trading choruses with "dueling" drums and percussion.

"Ripe" is a short volatile piece, with rich harmonies and dynamic contrasts, set to a loosely Latin-based groove.  "With his wonderful singing quality on flugelhorn, this is a beautiful feature for Ron" says Pintchik.  "Over the years, I've heard both his drive and beautiful tone in many bands and many contexts, and thought this tune would be a terrific fit for him."  Although Horton's solo is both active and intense, he still maintains the character of the tune, with its dark spacious beauty.  After a strong solo from Wilson, Pintchik's solo builds slowly and crests beautifully on her third chorus, before the return of the misterioso melody.

A samba with a rich feeling of anticipation, "Ready" has a sparkly energy in its groove, and a narrative with an attractive crescendo.  This quartet piece features Pintchik, Hardy, Sarin and Takeishi, in a beautiful dance, attuned to each other's every move.

The opening three-note phrase of Pintchik's wonderfully playful up-tempo swing tune "There You Go" is built around its three-word title, and the phrase continues in different permutations throughout the piece.  Performed live at a concert presented by the Shandelee Music Festival as part of its New York City Showcase Series, this trio track (with Pintchik, Hardy and Sarin) has an electric energy; the time just sails.  Pintchik and Hardy weigh in with powerfully swinging solos, and Sarin wows the crowd with his closing accompanied drum solo.

A richly textured reading of Pintchik's imaginative original material, In The Nature Of Things is a recording to savor.