NEW YORK CITY - Santino Fontana and Tony Shalhoub will both be featured as the legendary writer/director Moss Hart at different stages of his life in ACT ONE, a play written and directed by

James Lapine from the autobiography by Moss Hart.

ACT ONE, James Lapine's new play from the classic autobiography by Moss Hart, deemed one of the finest books about 20th-century American theater, eloquently chronicles the playwright/director's impoverished childhood and his determined struggle to escape poverty and forge a career in the theater. A path which led to his collaboration with George S. Kaufman and their first great success, Once In A Lifetime.

When the playwright and director, Moss Hart, published his autobiography, "Act One," in 1959 it was a sensation, filled with vivid recollections of colorful characters, especially Hart's first great collaborator, the brilliant George S. Kaufman.

The book gave a fascinating insider's view of how a show really gets to the stage. Many people feel it has never been bettered. "Act One" was more than just a Broadway tale, though. It was a bestseller for almost a year, topping the New York Times list for 41 weeks. Why would this story of the playwright and director's early years be so wildly and widely popular?

We think it's because "Act One" is not just the ultimate valentine to the theater. It is also a Dickensian story of a young immigrant and his family, struggling to escape poverty in the early 20th century. From tenements to glamorous townhouses, from Buffalo stages to Catskills summer camps, and 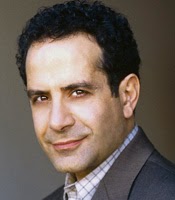 finally to the Broadway of his dreams, Hart's masterful telling captures the hope, misery and comedy of the climb, but also the glee of making it - because he did! A classic New York story.

Now, almost 75 years after Moss Hart's first Broadway success, James Lapine (who knows a thing or two about collaboration from his many shows written with Stephen Sondheim) brings ACT ONE to the stage. He has written and will direct this world premiere production at the Beaumont this spring. Tony Shalhoub, playing both George S. Kaufman and Moss Hart as an adult, is familiar to LCT audiences as the father in Golden Boy for which he was nominated for a Tony Award last season. Santino Fontana (the Tony-nominated prince in Broadway's Cinderella) portrays Mr. Hart as a young man. Andrea Martin (Tony winner for her spectacular turn as Berthe in Pippin, and also for LCT's My Favorite Year) plays Aunt Kate, a pivotal figure in Hart's early life. 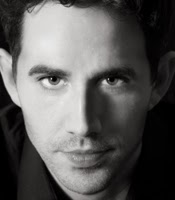 After their first collaboration on Once In A Lifetime, Moss Hart continued his collaboration with George S. Kaufman on a series of now classic comedies which include The Man Who Came To Dinner and You Can't Take It With You, winner of the Pulitzer Prize for Drama. Hart's solo works as a writer included the play Light Up The Sky, the book for the musical Lady in the Dark and the screenplays for the films Gentleman's Agreement (Academy Award nomination), Hans Christian Anderson and the 1954 version of A Star Is Born which starred Judy Garland. As a director his credits include two legendary Broadway musicals My Fair Lady and Camelot. Originally published in 1959, Act One was an extremely popular memoir. The landmark work, deemed one of the finest books about 20th-century American theater, quickly reached the top of best-seller lists and remained there for almost a year.