on March 26, 2014
From a media release - it's funny, here in Canada we don't use the word 'Indian' anymore to describe First Nations/indigenous/Aboriginal people so it sounds a bit odd to my ears; it's the name of the show, however.

Major Plains Indian Exhibition Opens in Paris, Propels Nelson-Atkins Into International Arena
Travels to Kansas City for Fall Opening, then to The Metropolitan Museum of Art in New York

Kansas City, MO. March 25, 2014–A groundbreaking exhibition of Plains Indian masterworks, The Plains Indians: Artists of Earth and Sky, opens in Paris at musée du quai Branly on April 7. It was 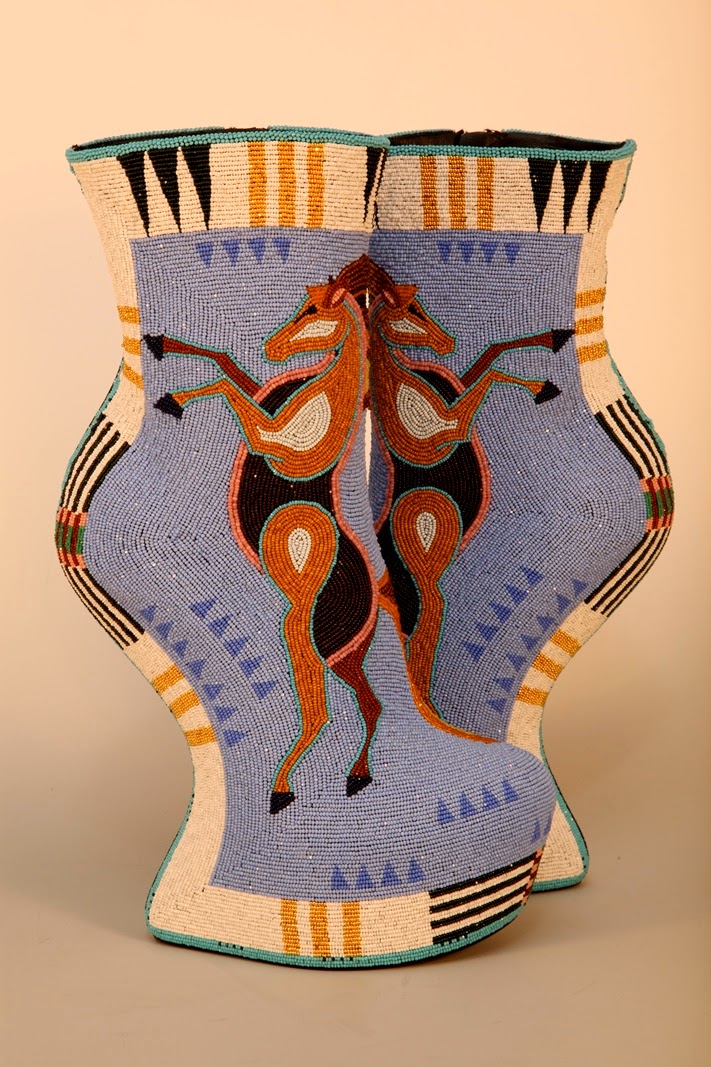 organized by quai Branly in partnership with the Nelson-Atkins, and in collaboration with The Metropolitan Museum of Art, New York. It is curated by Gaylord Torrence, one of the nation’s leading scholars of Plains Indian art and the Fred and Virginia Merrill Senior Curator of American Indian Art at the Nelson-Atkins.

“This exhibition is a defining moment in the understanding of Native American art,” said Julián Zugazagoitia, Menefee D. and Mary Louise Blackwell Director & CEO of the Nelson-Atkins. “The works on view convey the continuum of hundreds of years of artistic tradition, and we are very proud of the role the Nelson-Atkins has played in this exhibition.”

To celebrate this milestone exhibit that has brought the Nelson-Atkins to the international stage, Board Chair Shirley Bush Helzberg and Zugazagoitia will attend the Paris opening with a group of Kansas City patrons. Festivities surrounding the opening celebrate the Nelson-Atkins stature in the field of Native American Art and Torrence’s scholarship in the area of Plains Indian art, as well as his deep ties of many years to the Native American community. 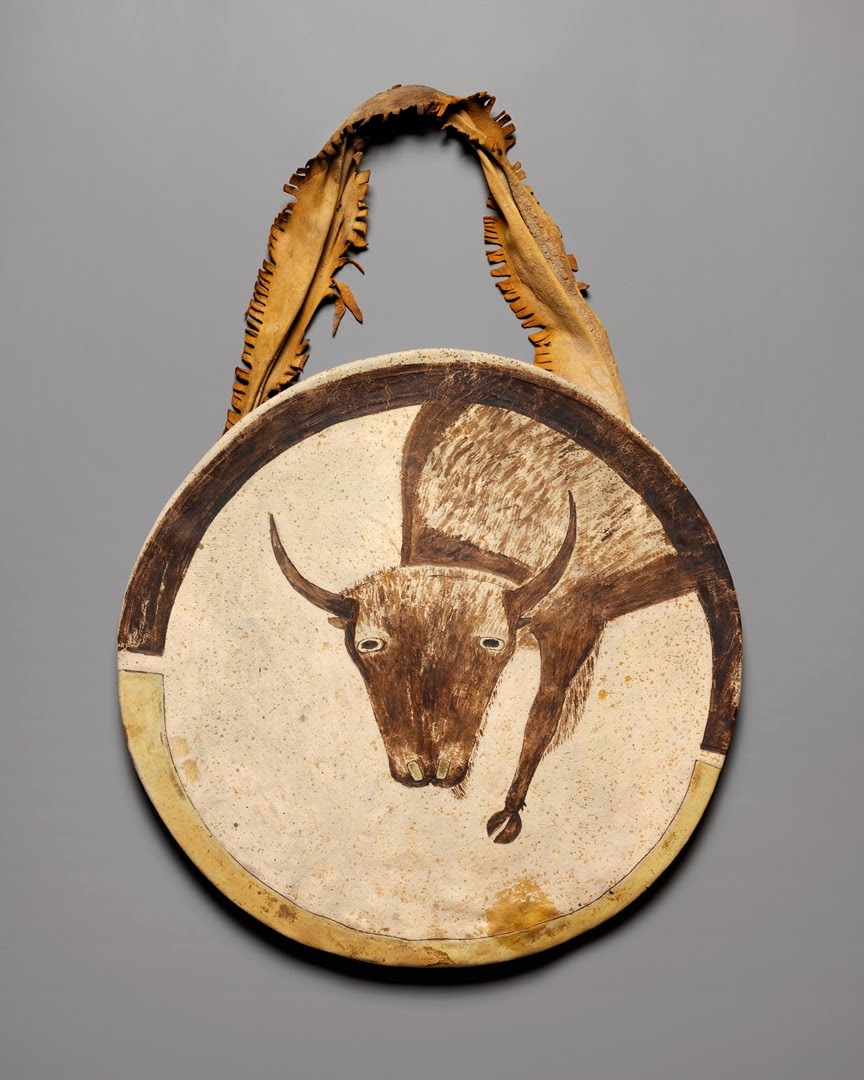 Stéphane Martin, President of quai Branly, traveled to the United States in 2010 to explore his idea for an exhibition on the art of the Plains Indians.  On his tour, he visited the new and highly acclaimed American Indian galleries at the Nelson-Atkins and invited Torrence to curate the Plains show at quai Branly.

“This exhibition captures the beauty and spiritual resonance of Plains Indian art,” said Torrence. “The objects embody both the creative brilliance of their individual makers and the meanings and power of profound cultural traditions.”

More than 130 works of art from 57 European, Canadian, and American institutions and private collections will be displayed in an unprecedented continuum from pre-contact to the present-day.  Featured works include numbers of the great early Plains Indian robes, and other masterworks collected in the eighteenth century by European explorers and taken back to the continent never to return to America until now.

The exhibition will be accompanied by a fully illustrated 320-page catalogue published by Skira Group, with essays by leading experts, under the direction of Torrence. 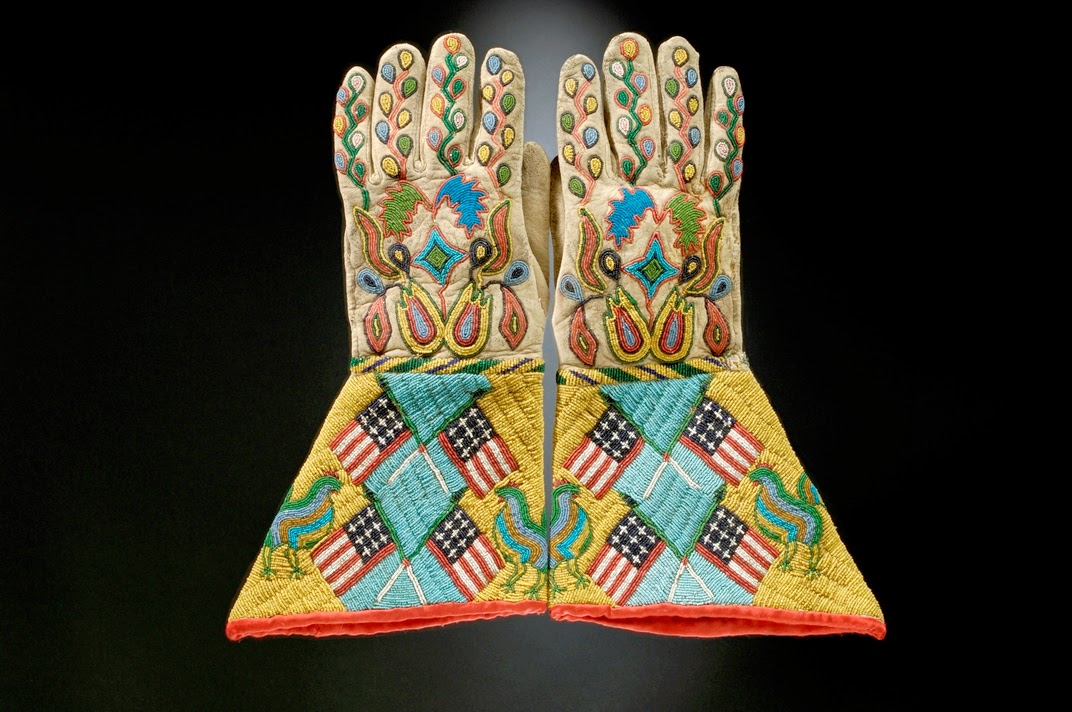 The exhibition was organized by the musée du quai Branly Paris, in partnership with The Nelson-Atkins Museum of Art, Kansas City, and in collaboration with The Metropolitan Museum of Art, New York. 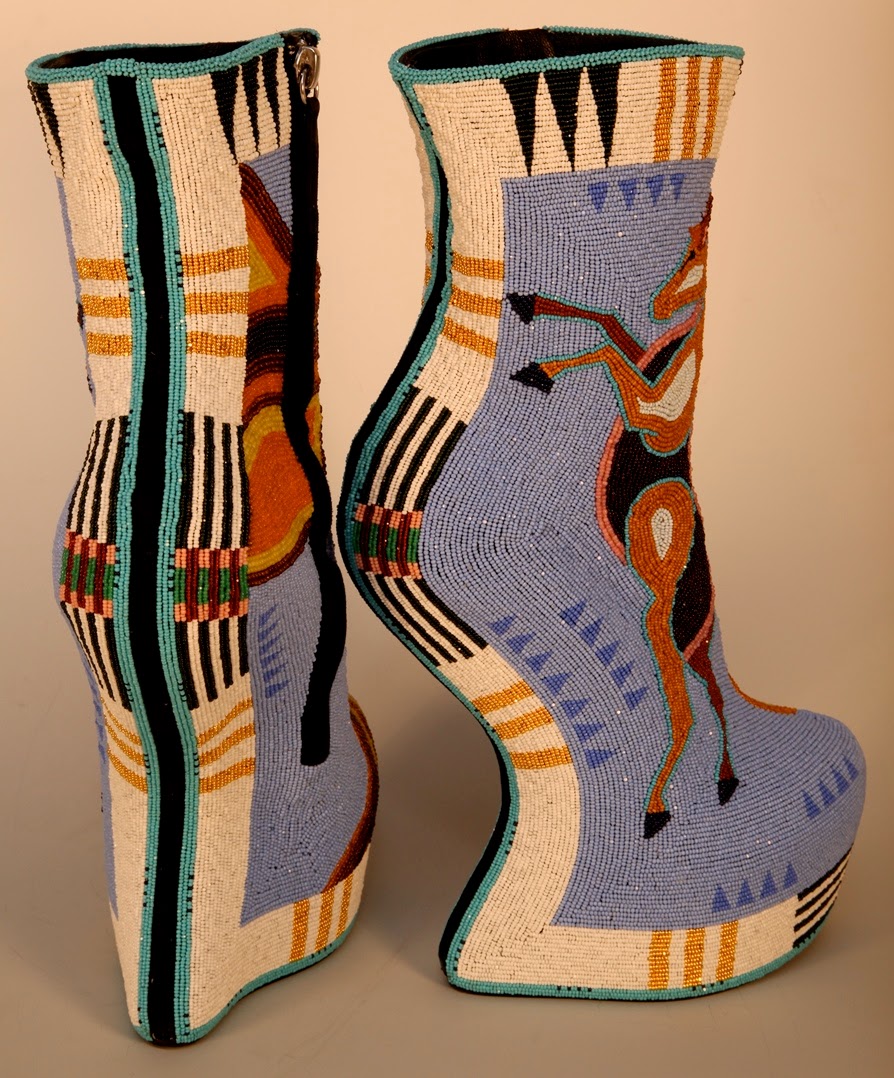 American paintings, photography, modern sculpture, and new American Indian and Egyptian galleries. Housing a major art research library and the Ford Learning Center, the Museum is a key educational resource for the region. The institution-wide transformation of the Nelson-Atkins has included the 165,000-square-foot Bloch Building expansion and renovation of the original 1933 Nelson-Atkins Building.