TORONTO, ON – Featuring three women over 65, Grandma meets the Twitterverse in this performance project, which examines what is left behind and why we look to leave a legacy. Harbourfront Centre is pleased to present #legacy as the first project of the HATCH 2014 season. The piece is co-created and directed by Rob Kempson, a theatre artist who regularly works in arts 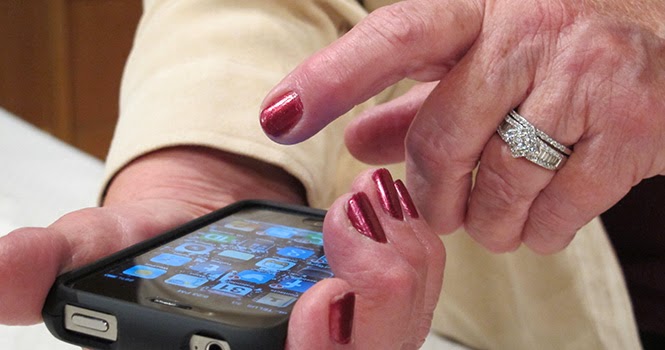 education and applied theatre. Equal parts community arts project and interactive stage piece, #legacy promises to ask provocative questions about how we define others and ourselves by what we share both in person and online.

When three women over 65 get on stage to share their thoughts on legacy, it’s bound to be poignant; when they are asked to tweet about it, anything can happen. Joan, Judith and Donna are new to social media and do not consider themselves ‘artists’. For Kempson’s HATCH performance experiment, all three women have undertaken the task of reflection, exploring what it means to leave a legacy, to create something permanent, something memorable. These three women: @judith_dove, @Joan_Belford2 and @McCroq have been tweeting throughout the creation process using the #HatchTO and #Legacy hashtags. They will continue to tweet during the performance, in an effort to understand how sharing content online can leave a legacy of its own.

What are the implications of an online legacy that is based on frequency and not potency? Audiences will have the chance to hear the script on stage and engage with the “Twitter script” online—a series of reflections, considerations and questions from the performers that will be tweeted as the piece is being played out. Whether audiences come to sit in the tweet seats with their smartphone or choose to watch as the online story develops through projection on stage, this is an experiment in combining new technologies and community-based art that will touch hearts and ask big questions.

“We make assumptions about the capacities of older adults,” suggests Kempson, who began co-creating #legacy after facilitating a multi-generational project with these women at their church.  “Joan, Judith, and Donna carry a great deal of truth with them. They know who they are and they’re willing to take the artistic risk to share it. I think audiences will be surprised by these women and what they have to offer, from the things they tweet to the stories they reveal on stage.”

Rob Kempson is a multi-faceted theatre artist and artist-educator, and for this project, is working in collaboration with production designer Beth Kates and dramaturg Samantha Serles. Kempson’s work has regularly led to community-based collaborations, including interactive exhibits for Casa Loma and Opera Atelier, as well as the creation of collective work with students and non-artists of all ages. He has taught workshops in community-based collective creation with the York and Peel Regional School Boards, the Council of Drama and Dance Educators and the Toronto District School Board Arts Co-Op, as well as at a number of Toronto theatre companies. He was most recently seen starring in his musical The Way Back To Thursday at Theatre Passe Muraille.

• Tickets for #legacy and other HATCH 2014 projects are available via Harbourfront Centre’s Box Office. Patrons can call 416-973-4000

ABOUT HATCH:
Celebrating its tenth year, HATCH is a key initiative in Harbourfront Centre’s mission to develop local artists and their unique practices. Curated by Michael Wheeler and Aislinn Rose, the 2014 HATCH residency and mentorship programme provides resources and professional assistance to a new generation of engaging and innovative contemporary artists.