IMARHAN TIMBUKTU was formed in 1993 by Mohamed Issa Ag Oumar El Ansari, known as M’ed Issa. Since 1995, the group has toured throughout the North and South of Mali. They have appeared 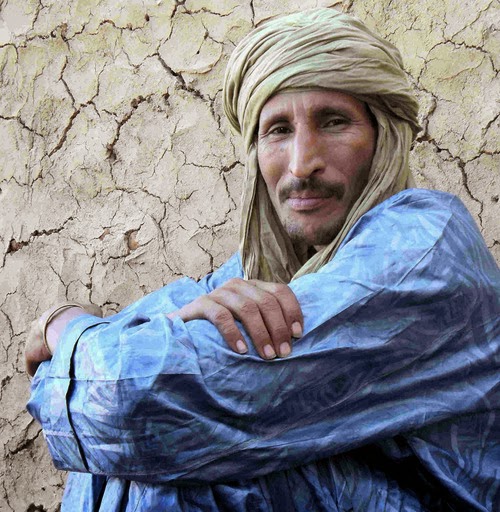 annually on the stage of the Festival au Desert and have performed in Europe and the North America. The group’s name "Imarhan" means "those who love" in Tamashek, the Tuareg language. By adding “Timbuktu”, they demonstrate their strong pride in their legendary home town. The core members of IMARHAN TIMBUKTU are Mohamed Issa, his brother, guitarist Ousmane Ag Oumar El Ansari, and their two sisters, percussionists and backup vocalists Fadimata Walet Oumar [known to all as “Disco”] and Zeina Walet.

The album title, "Akal Warled" (Foreign Country), speaks about exile and the hardships endured by the Tuareg refugees currently living in the camps of Mauritania, Burkina Faso, Niger and Algeria. These refugees want to return to live in peace in their northern Mali homeland. The five diamond design found on the cover of the disc is symbolic of Tuareg women. It is known as the Khoumeïssa. Often found in silver jewelry, it is used as an ornament and also as a good luck charm. By choosing this typically feminine emblem, IMARHAN TIMBUKTU brand the substance of their artistic identity: a tribute to Women.

Mohamed Issa started to play guitar Touarègue in the early 1990s. His musical beginnings reveal the deeply sentimental and romantic nature of his creative process.  Indeed, M’ed Issa began to scratch the guitar because he was passionately in love with a woman. But his dilemma was that she was married.  His guitar 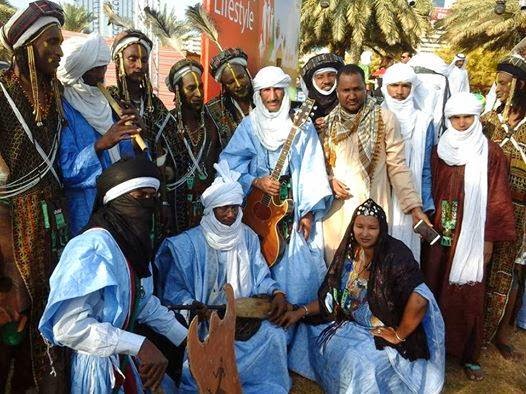 then became his consolation, a way to ease the pain and tame the wait. Thus, he played all the time thinking constantly of the day when his beloved would be free.  Although in time his heart was liberated, this story permanently marks his artistic identity as well as the creative force of M’ed Issa’s lyrics.

Today, Mohamed Issa is a reference point in contemporary Tuareg Music. His songs speak of love, unity, the desert and its cultures and traditions. IMARHAN TIMBUKTU is committed to themes of development, education and preservation of important cultural values within a community that strives to keep its ancestral identity intact while accepting and integrating the modern world.