NEW YORK CITY - For a young jazz musician willing to put down roots in the metropolis, New York City can be as unforgiving in its daily tribulations as it is nourishing to the adventurous artistic spirit. On his new album, Gotham (released April 22 on Ottimo Music) vibraphonist Tyler Blanton molds reflections of his now seven-year residence in New York into a mesmerizing musical portrait 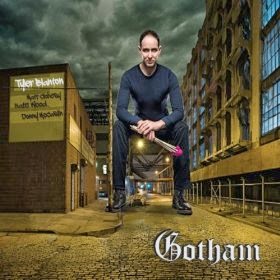 that is as captivating, aggressive and challenging as the city itself.

With indispensible support from tenor saxophonist Donny McCaslin, drummer Nate Wood and Matt Clohesy on acoustic and electric bass, Blanton invests Gotham with potent influences from the worlds of rock, fusion, techno and new jazz. Those who know Blanton primarily as a swinging in-the-tradition jazz virtuoso are in for an ear-opening, thoroughly invigorating, surprise. Blanton's extraordinary command of his instrument and his acumen as a composer are as pronounced as ever; what has changed is the expansive nature of his musical vision.
Attentive listeners most familiar with Blanton's work from his critically acclaimed 2010 debut album Botanic will now find that the expert, swing-informed instrumentalist of that period has since expanded his vistas considerably. Others who have enjoyed Blanton's more recent live performances with his own ensembles or as a prized sideman will recognize how this risk-taking musician has rapidly moved beyond the boundaries of conventional post-bop jazz, incorporating the innovative rhythmic ploys and sonic experimentation that are the calling cards of Blanton's audacious peers in the New York alternative jazz scene.

With the leader encouraging (and matching) the slamming energy of his cohorts - while also making imaginative use of the Malletkat, an electronic vibes-like instrument that triggers a Midi for a wide swath of sonic colors - Gotham bursts with a grab-you-by-the-collar attitude that owes much to the assertive texture of New York City itself. "This album is specifically more eclectic than my earlier work," Blanton says. "It's edgier, more hard hitting, assertive and rhythmic. You can hear echoes of groove music and rock, even heavy metal! It's an intense album, in the way that just living day-to-day in New York can be intense."

The year-plus period before the recording of Gotham - which found Blanton cementing both the compositions and the group sound - can be easily detected in the quartet's ease with the often fiendishly challenging arrangements as well as the creative give-and-take that highlights each track. Gotham's opening salvo - "Never Sleeps," "Freaky Dream," "Gotham" and "Cogs" - is a burst of jubilant energy with equal displays of musical muscle, pinpoint ensemble accuracy and improvisational discernment. The extended "Tunnels," with its enthralling rhythmic vigor and riveting solos, is a prime example of the (in Blanton's words) "epic quality" that he strove to capture when he was first 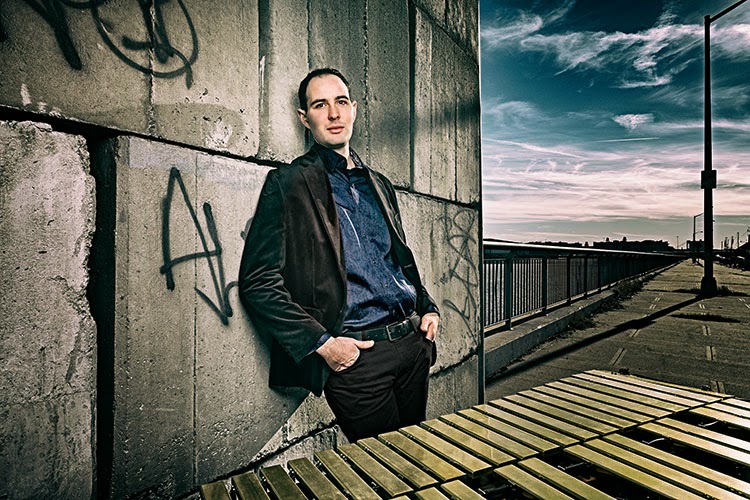 conceptualizing the textural architecture of Gotham. Blanton chose his ensemble with the specific skills of each member in mind: the invaluable contributions of the seemingly tireless McCaslin, the ever-supportive Clohesy and the relentlessly inventive and phenomenally skillful drummer Nate Wood are especially evident throughout.

The concluding track, "Breaking through the Clouds," is a stunning ballad that acts as a declaration of ultimate hope and affirmation, stating in sound that while New York can often threaten to break you, its vitality can, in fact, offer an artist uncommon inspiration. Which in Blanton's case, it emphatically has: "I wanted Gotham to announce that my aesthetic had changed, that here was something different and worth checking out. Whether you like it or not, this album is an authentic statement of where my music is now at."

Tyler Blanton grew up outside Los Angeles, California, where he switched from drums to vibraphone at the age of eighteen. After graduating from Sonoma State University with a degree in jazz studies, Blanton moved to New York where he has worked with such significant jazz instrumentalists as the saxophonists Joel Frahm, Seamus Blake and Donny McCaslin, and the drummers Matt Wilson, Ari Hoenig and Richie Barshay, among many others.  Blanton has performed and conducted workshops throughout the U.S., Europe and Asia.