Fly on the Wall Theatre Toronto Presents: Cold Comfort April 24 to May 4 2014

TORONTO - Kevin Toner returns to Belfast to confront his father after a 15-year absence. He has a bone to pick, and he is determined to have a conversation that will leave no stone unturned. There's 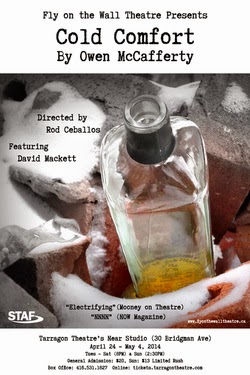 only one problem. His father is dead. And lying in a coffin in the front room. Fly on The Wall Theatre’s critically acclaimed FRINGE hit COLD COMFORT plays April 24-May 4, 2014 at the Tarragon Near Studio. Tickets are available via 416-531-1827

Laced with dark humour and littered with Belfast idiom, expletives and drunken ramblings, award-winning Irish playwright Owen McCafferty’s COLD COMFORT is a stark, tragic, and compassionate masterpiece. It is a powerful and compelling tale of one man’s search for inner redemption, a reconciliation of past wrongs, for light shone on missing moments in his life and relationships …at the one moment none of it is possible. 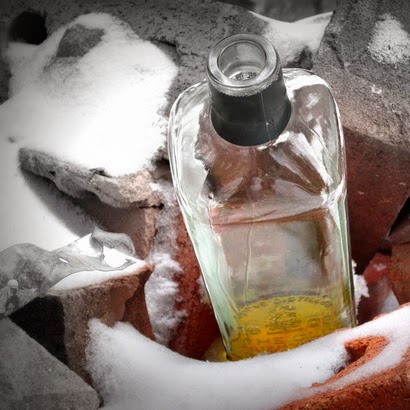 [Fly on the Wall: An unnoticed observer of a particular situation. Alludes to the position of being able to freely observe.] - Based in Toronto since 2012, Fly on the Wall Theatre produces plays of high quality which have seldom been seen, in small, intimate theatre spaces in order to maximize the sense of connection between performer and audience. For more information: www.flyonthewalltheatre.ca.