The NFB at Hot Docs 2014
Hot Docs Canadian International Documentary Festival in Toronto
April 24 to May 4, 2014

Toronto – Seven National Film Board of Canada (NFB) documentaries will be featured at the Hot Docs Canadian International Documentary Festival in Toronto, taking place from April 24 to May 4, 2014.

This year’s selection includes two world premieres in the Canadian Spectrum program: Sundance award-winning filmmaker Julia Kwan makes her feature documentary debut at Hot Docs with Everything Will Be, while four-time Emmy winner and Hot Docs favourite John Kastner is back with a new NFB co-production, Out of Mind, Out of Sight

Everything Will Be
As dawn breaks, the long-time merchants of Vancouver’s Chinatown are hard at work preparing for what they hope will be a busy day. But this once-thriving neighbourhood is in flux as new condo developments and non-Chinese businesses gradually move into the declining hub of the Chinese community. Everything Will Be captures this transformation through the intimate perspectives of the neighbourhood’s residents, merchants and new entrepreneurs, who offer their poignant reflections on

The film is written and directed by Vancouver director Julia Kwan, whose 2005 feature Eve & the Fire Horse won the Special Jury Prize for World Cinema at the Sundance Film Festival and the Claude Jutra Award for best first feature film. Everything Will Be was produced and executive produced for the NFB by David Christensen.

Out of Mind, Out of Sight
What happens to people who suffer from mental illnesses and commit violent crimes? Out of Mind, Out of Sight is the second of two NFB co-productions by John Kastner shot at the Brockville Mental Health Centre, where he was granted unprecedented access for 18 months as 46 patients and 75 staff shared their experiences with stunning frankness. His previous film, NCR: Not Criminally Responsible, premiered at Hot Docs last year. Now, in Out of Mind, Out of Sight, Kastner takes audiences back to Brockville to follow treatment processes normally hidden from the public, profiling four patients—two men and two women—as they struggle to gain control over their lives, so they can return to a society that often fears and demonizes them.

Out of Mind, Out of Sight is produced, directed and written by John Kastner. The film’s producers are Deborah Parks, with Silva Basmajian as producer and executive producer for the NFB. The film is produced by J.S. Kastner Productions and the NFB, in association with TVO.

Guidelines (La marche à suivre)
Guidelines explores the world of adolescence through a series of tableaux that illustrate the occasionally trying existence of young people at a rural secondary school. During closed-door meetings, the teens interact with various authority figures whose job it is to “set them straight.” Outside classroom hours, though, they regain control of their world, the natural surroundings becoming a playground where they can test the limits of their temporary freedom. A work of patient observation relying mostly on uninterrupted long takes, Guidelines gradually reveals the interior drama of adolescence, with its shifts from fragility to reckless abandon.

Guidelines was written and directed by Jean-François Caissy and produced for the NFB by Johanne Bergeron. It screens in the festival’s Canadian Spectrum program.

Where I’m From (D’où je viens)
It all starts in darkness, with a child who does not know where he comes from. In a quest that is both personal and universal, director Claude Demers revisits the locales of his childhood and probes the mysteries of his origins and his formative years, which were marked by trauma and abandonment. The film is an intimate chronicle that unfolds in the working-class Montreal neighbourhood of Verdun, seen through the eyes of the narrator’s two alter egos, Bastien and Cédric: two young boys who are just discovering the world around them. The town and the magical banks of the Saint Lawrence River serve as a backdrop for this coming-of-age story that is also a profound inner journey. Between past and present, birth and death, Where I’m From traces the course of one man’s redemption.

Written, directed and narrated by Demers, Where I’m From is produced by Colette Loumède for the NFB, and screens in the World Showcase program.

Jutra
Based on an assembly of archival footage and animated sequences, Jutra is a skillful and ingenious portrait of the great Quebec filmmaker Claude Jutra, director of the NFB classic Mon oncle Antoine. In this film, Jutra is seen in dialogue with himself at various stages of his life, becoming the spirited narrator of his own biography. Continuing the undertaking she began in 2006 with McLaren’s Negatives, devoted to Norman McLaren, Marie-Josée Saint-Pierre refines her pursuit of a unique animated documentary form, encapsulating the life and career of another cinema giant. Excerpts from home movies, interviews and well-known works by the filmmaker artfully blend and overlap to tell the story of a life devoted to creation. Jutra is at once a tribute, a love song to filmmaking, and the retelling of the tragedy of a brilliant artist who died much too young.

Jutra is produced by Marie-Josée Saint-Pierre (MJSTP Films) in co-production with the NFB (Marc Bertrand), and screens in the Canadian Spectrum program. 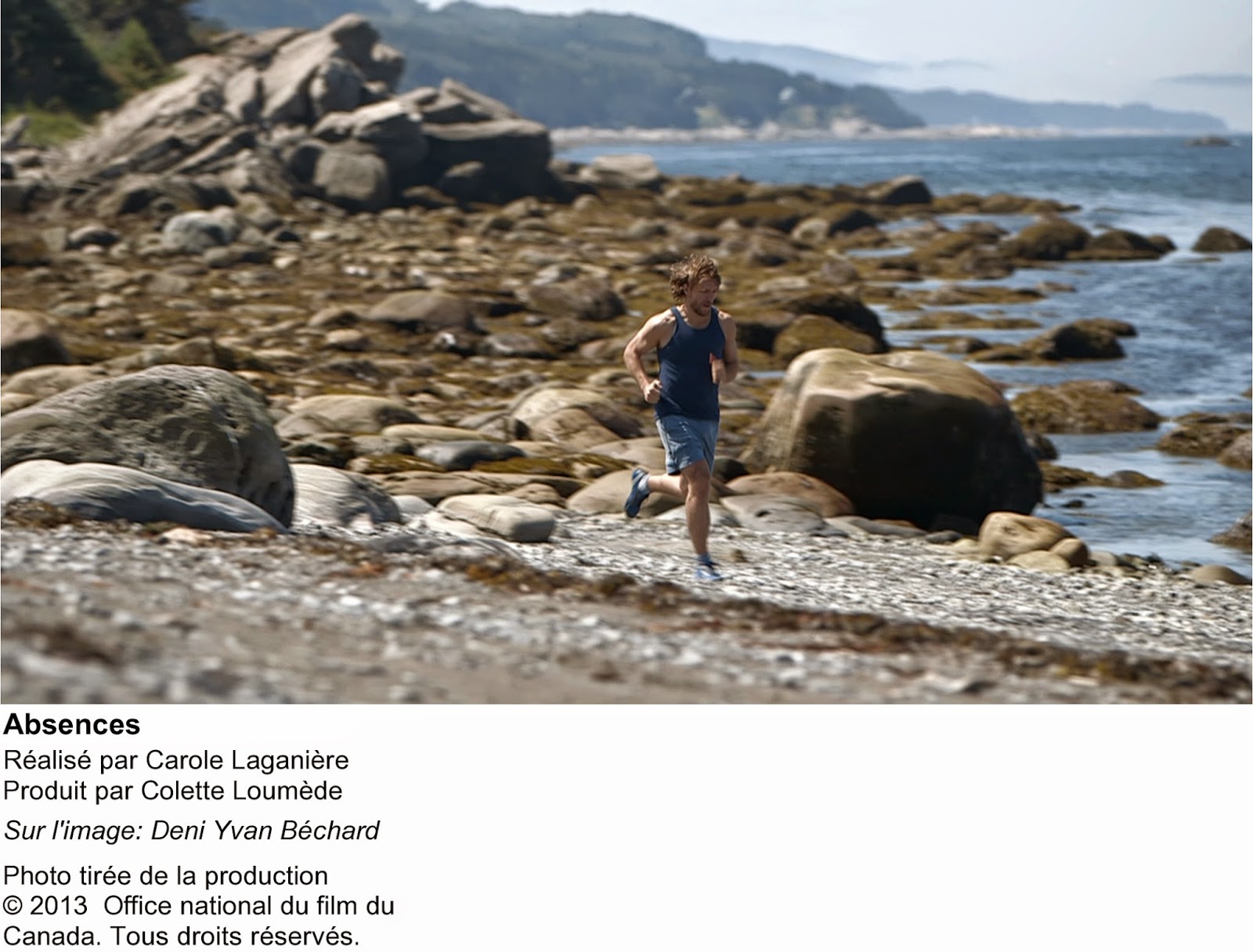 Absences
Absences presents four protagonists, each of whom is dealing with a form of absence in which feelings of loss and resilience coexist. Ines is an immigrant who has returned to Croatia to look for her mother, who abandoned her in 1993 during the war in former Yugoslavia. Deni is a Canadian-American author  who sets out in search of his Quebec roots to reconstruct his family story and fill the void in his uncertain, fragile identity. Nathalie is desperately searching for her sister Marilyn, who disappeared suddenly more than five years ago. And lastly, there is the personal drama that director Carole Laganière herself is living through as watches her mother, who has Alzheimer’s disease, slowly slip away. Out of this chain of lives built on loss, a work emerges in which multiple voices express the endless subtlety of human emotions, both intimate and universal.

Self(less) Portrait  (Autoportrait sans moi)
In an age of social media, 50 people forego their need for privacy and discuss a multitude of personal subjects on camera, ranging from the funny to the heartbreaking. From their stories, a human mosaic emerges one with which we can all identify, that celebrates the diversity of life. An atypical, free-form ensemble film, Self(less) Portrait breathes new life into the documentary genre as it serves as a fascinating compendium of raw emotions.

Self(less) Portrait was written and directed by Danic Champoux at the NFB, and was also developed through NFB French Program’s Filmmaker-in-Residence program. Produced by Colette Loumède, Self(less) Portrait screens in the Canadian Spectrum program.