Broadway Premiere: Inspired by the Lyrics & Music of Tupac Shakur, Holler If Ya Hear Me Previews June 2, Opens June 19 2014

NEW YORK CITY - The world inside Tupac Shakur’s music and lyrics blazes to life in an entertaining new musical opening at the Palace Theatre, located at 1564 Broadway (at 47th Street). 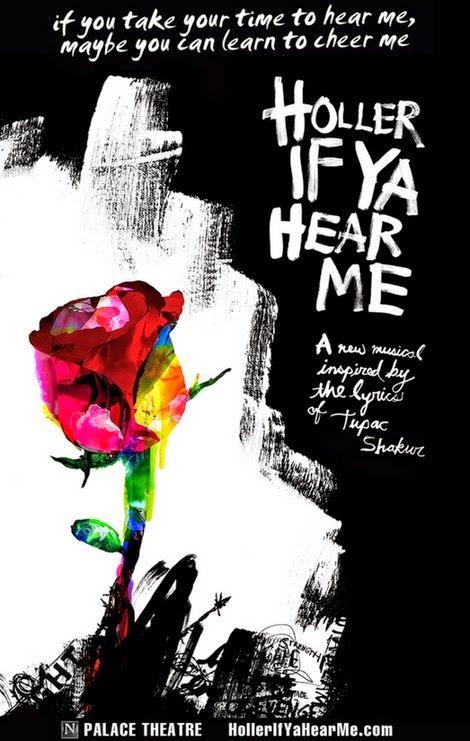 Broadway has always given voice to popular culture and social change. South Pacific, West Side Story, Hair, For Colored Girls…, Sarafina and Rent are among the hits that hit home. Now Broadway gives voice to the lyrics of Tupac Shakur, whose music has sold over 77 million albums.

Written by Todd Kreidler and directed by Kenny Leon, HOLLER IF YA HEAR ME will begin previews on Monday, June 2 and open on Thursday, June 19.

HOLLER IF YA HEAR ME, the world inside Tupac Shakur’s music and lyrics, blazes to life in a non-biographical story about friendship, family, revenge, change and hope. Inner city lives struggle for peace against the daily challenges they face in this entertaining and original musical. Through the poetry of one of the 20th century’s most influential and culturally prominent voices, we are given a window into realities of the streets still relevant today. 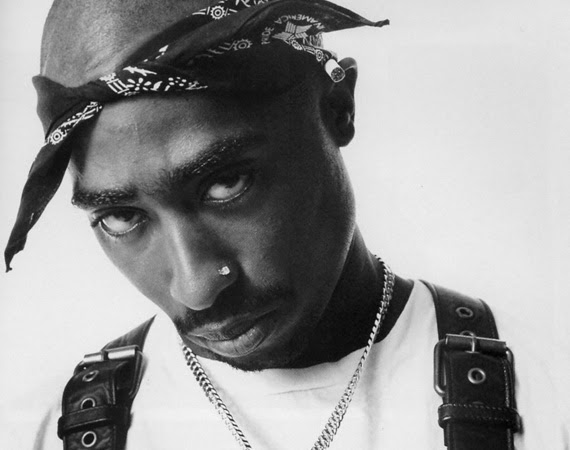 Joining director Kenny Leon (A Raisin in the Sun [2004 and 2014], Fences [2010], The Mountaintop) and author Todd Kreidler (Guess Who’s Coming to Dinner and direction of How I Learned What I Learned) on the creative team, are Tony Award winning choreographer Wayne Cilento (Wicked, The Who’s Tommy, How to Succeed…[1995], AIDA, Sweet Charity [2004]), and musical supervisor Daryl Waters (Bring in ‘Da Noise, Bring In ‘Da Funk, The Color Purple, Memphis). 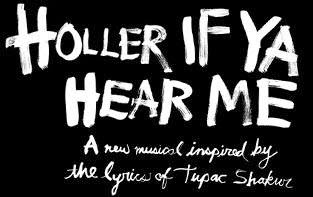 Tickets are now on sale through Ticketmaster at www.Ticketmaster.com or by calling 877-250-2929.  Tickets available in person at the Palace Theatre box office, 1564 Broadway at 47th Street beginning May 12 at 10AM.  Box office hours are Monday through Saturday 10:00 am to 6:00 pm.  Ticket prices range from $59 to $139 (all prices include a $2.00 facility fee).  A limited number of student tickets at $35 are available through TIX4STUDENTS at www.tix4students.com.  TIX4STUDENTS is an annual membership program for students 18+ only that provides access to purchase student tickets online in advance (validation of student status required). HOLLER IF YA HEAR ME is participating in this program as part of their commitment to being accessible to college students.