CD Release: Beautiful Nubia and the Roots Renaissance Band with Keere (EniObanke, May 19, 2014)

“The bat hangs upside down watching the way of birds...", so goes the opening line of the title track of "Keere", the 10th studio album by Nigeria's foremost folk and roots musician, Beautiful Nubia (and 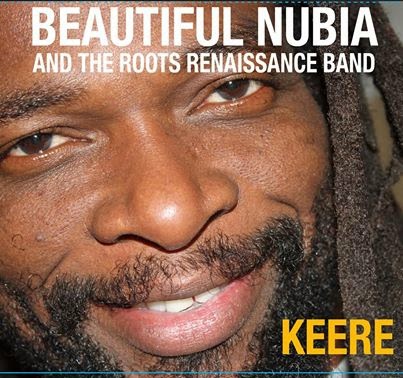 Brimming with sparkling melodies, evocative lyrics and lush arrangements, "Keere" was recorded and mixed in Nigeria and mastered and manufactured in Canada. The 12-track album explores the usual themes championed by its predecessors: social justice, truth, courage, love and communalism.

Not one to bend to commercial pressures, Beautiful Nubia has kept faith with his peculiar "arty", contemporary African folk and roots style, with poetic songs offered in Yoruba and English. There is a lot here to transport the listener into deep reflection, but there is an equal number of dance-floor candidates. Somehow, Beautiful Nubia is able to make his listener think and dance at the same time, and that is no mean feat. Well, at least, so he thinks...

Beautiful Nubia and the Roots Renaissance Band is Nigeria’s foremost contemporary folk and roots music group. Formed and fronted by songwriter and poet Segun Akinlolu (aka Beautiful Nubia), the group’s songs and albums have achieved cult status among their loyal and growing fans spread across the world. 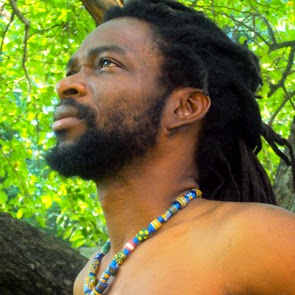 Beautiful Nubia’s songs are built on rich folkloric traditions and native wisdom but his message is universal in thrust and theme: value life, respect nature and learn to live in peace with others. The music speaks for the voiceless and champions the dream of a balanced society where individuals are truly free and equal. It preaches love and tolerance but also urges people to stand and defend their rights when trampled upon anywhere in the world.

Born in Ibadan in 1968, Segun started writing songs at a very young age. He drew his early influence from the traditional culture which was prevalent in the form of oral poetry, theatre, music and folklore. In 1994, with enough resources to produce a demo, his timing coincided with the final departure of major record labels from Nigeria. In response, he established EniObanke, a music production and marketing company under which his first album was released in 1997. All subsequent recordings have been released on this label and the company recently commenced the first ever folk and roots music festival in Nigeria, the EniObanke Music Festival (EMUfest).

In 1998, the artist invited several young musicians in Lagos to form a backing band to which he gave the name ‘The Roots Renaissance Band’. Throughout the years, Beautiful Nubia has remained the songwriter, arranger and bandleader contributing acoustic/rhythm guitar, lead vocals and percussion. The band is still mostly made up of the original members.

Reward came in 2002 with the release of the ground-breaking third album Jangbalajugbu . It is estimated that more than 50 million Nigerians wake up each day to “Owuro L’Ojo (How D’You Do?)”, one of the hit tracks in the album. To date, Jangbalajugbu has sold in excess of a million copies (not including the large numbers sold in the open market by pirates). Since then, the band has released five 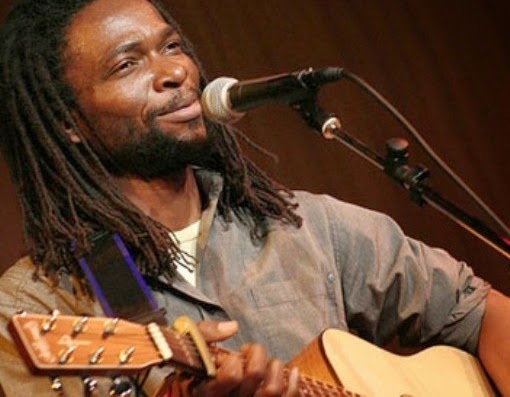 more albums, all of which, except the most recent, were recorded with vintage analog equipment at the historic Afrodisia (Decca) Studios in Lagos. Awilele (2004) is a no-holds-barred celebration of the artist's political views, Fere (2006) earned BN the sobriquet "Nigeria's King of Melody" and Kilòkilò (2007) and Irinajo (2009) both confirm what can be described as the Beautiful Nubia style and his stubborn refusal to be pigeon-holed. The albums, deeply political, have cemented his reputation in Nigeria and beyond as an advocate for social justice. It is the combination of enjoyable entertainment and provocative thoughtfulness that has come to define BN’s style. Sun No Dey Sleep, the latest album, continues that tradition.

The music has garnered excellent reviews in leading african/world music publications. It has been nominated for music awards and topped international/world charts on community, grassroots and campus radio stations.

Segun Akinlolu graduated from the University of Ibadan with a Doctor of Veterinary Medicine (DVM) degree in 1992 and worked as a Vet Doctor for about 8 years. He also holds a Post-Graduate Diploma from the Nigeria Institute of Journalism.