NEW YORK CITY - When Haile Selassie, Emperor of Ethiopia, the man known as Ras Tafari, visited Jamaica on April 21, 1966, more than one hundred thousand Rastafarians were waiting at Kingston Airport to see the man they revered as the Messiah. For a brief moment, still celebrated by the faithful 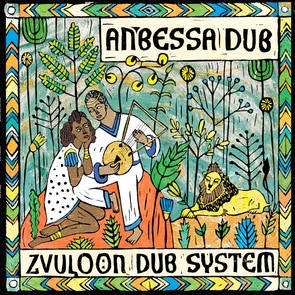 as Grounation Day, the two countries came together. 18 years later, in 1984, an Ethiopian Jewish family, members of the lost tribe of Israel, walked across the desert, making the long track to their homeland. And now those three cultures – Jamica, Ethiopia, and Israel - merge on the new album by Tel Aviv-based  Zvuloon Dub System, called Anbessa Dub.

“It’s a natural mix,” explains drummer Asaf Smilan. “We started out in 2006, playing roots reggae, all very ‘70s. I’d also loved that old Ethiopian music since I first heard it, about 10 or 15 years ago, but I didn’t have any Ethiopian friends to discover more about it. Then Gili Yalo joined as the singer in 2009. He’s from Ethiopia. And once he came, everything changed.”

That change didn’t happen overnight, of course. But fooling around at rehearsal, they took an old song in Amharic, the Ethiopian language, and transformed it into something that connected the dots between the classic Ethiopian soul of the early 1970s and roots reggae.

“We liked it,” says singer Yalo, “and the crowd liked it, so we did more and this whole new sound was born.” 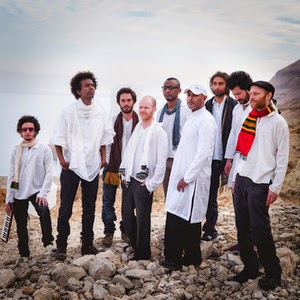 Yalo was the catalyst, but his has been long journey, covering many miles and a number of years, to discover exactly where he belonged musically. He’d grown up in a Jewish family, a member of Israel’s lost tribe, in Gondar, in the north of Ethiopia, in a house with no electricity or running wat er.

“The Jews could live there, but not own land,” he recalls. “They used to work with their hands, making tools and knives and plates. We’d have meat to eat once every few months.”

In 1984, as drought started to grip the country, the family made the decision to go to the land of their distant ancestors – Israel. Yalo was just four years old at the time.

“We walked across the desert for two months, all the way to Sudan,” he recounts, “and then we were in a refugee camp for several months after that. Finally, one night, trucks took us out into the desert and we got on an airplane. The next thing I knew, we landed in Israel. After all I’d seen in my life, it was like going 100 years into the future.”

It was on that trek that he first realized he was destined to be a singer.

“My father carried me on his shoulders most of the way, and I drove everyone cr azy singing old songs that I knew. My mother felt that singing was my true calling – and I haven’t stopped ever since.” 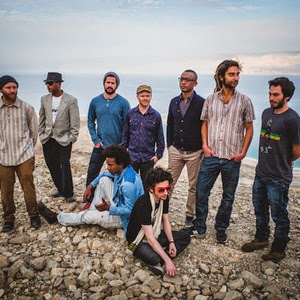 And with Zvuloon Dub System he can not only explore the Jamaican music he loves, but also know his roots he’d been forced to denied for so long, due to the difficulties face integrating into Western society. What the band has created is a unique fusion that’s based in Tel Aviv, but looks equally to Kingston and Addis Ababa. And they’ve refined the sound until it feels utterly natural, the mix of the reggae offbeat with horns and chord changes from Ethiopia.

Anbessa Dub, which although not a classic dub album, is filled with the atmosphere of vintage Jamaican roots reggae, mixes old Ethiopian songs arranged in the Zvuloon style, along with some originals, like the opener “Alemitu,” where the arrangement moves smoothly between Lee Perry’s studio and a downtown Addis club in 1 973. It’s completely convincing, in part because of the equipment the band uses in its studio.

“Everything is analogue,” says Smilan. “We take all those old sounds as reference points, we record onto tape. We do it the real way.”

One person who liked what he heard was Mahmoud Ahmed, the voice behind so many legendary tracks in the Golden Age of Ethiopian music.

“I found out he was coming to Israel,” Smilan says. “I got his number and sent him a demo of a song we wanted him to do. He liked it and did a session with us. He was a complete perfectionist in the studio, listening to what he’d done and wanting to do it over until it was right. His friends said that he told them it was the highlight of his trip.”

The result, “Ney Denun Tesesh,” sounds as if it would have been perfectly at home in the classic Ethiopiques series, but it’s just one in a series of standouts on Anbessa Dub, with Yalo’s soulful voice shining throughout. The music flows perfectly, Africa and the Caribbean in perfect sync. 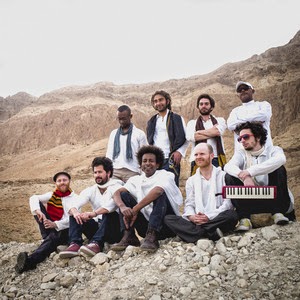 “When we play in front of Ethiopian people here it’s very special,” Yalo observes. “Parents think the culture has been forgotten here, but hearing us, they know it’s not. We even use a krar (an Ethiopian lute) and a maskino (one-string violin) mixed in with the sound.”

This summer they’ll be taking that Anbessa Dub on the road, with a tour of North America and a date at Reggae Sumfest in Montego Bay, Jamaica.

“We want to go into the studio while we’re over there,” Smilan says. “I want to take the riddims from this album and record Jamaican artists singing about Ethiopia, Haile Selassie and the Lion of Judah. To celebrate the triumvarate.”

Legend has it that Menelik, the son of King Solomon and the Queen of Sheba, traveled from Ethiopia to meet his father. He stayed for a year, and his father showed him great favor. But when Menelik returned home, he took something holy with him – the Ark of the Covenant, containing the tablets handed to Moses by God. Some believe it’s still carefully hidden in Ethiopia, which took as its national symbol the Lion of Judah, the same one that watches over the Jews. The same lion that guards Jamaica’s Rastas. Those three lions come together in the music of Zvuloon Dub System, and together they make the sweetest roar.