BROOKLYN (NEW YORK) - On Wednesday May 21st, 8pm, THE WICK and ISSUE Project Room are pleased to present Nazoronai in their first New York performance. A recent collaboration of the 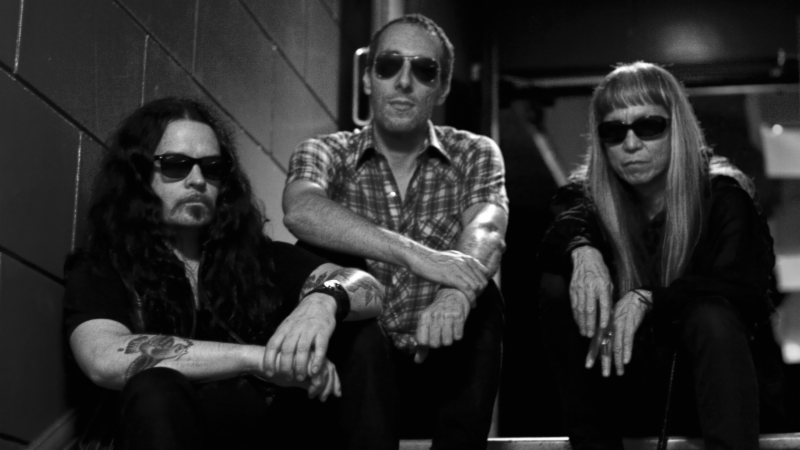 One of most widely recognized and celebrated guitarists to come out of Japanese underground rock scene of the 1970s, Keiji Haino is well-known for his harsh blues-inspired solo guitar performances and torrential walls of sound with his band Fushitsusha. Much of his work bears an insular singularity, but his varied output eschews a signature style. For the last 40 years Haino has been prolific in his output and collaborations, working with everyone from Faust, Boris, Derek Bailey, Loren Connors, Stephen O'Malley, Oren Ambarchi, Jim O'Rourke and John Zorn.

Stephen O'Malley is the guitarist and founder of numerous seminal groups including Sunn O))), Khanate and Burning Witch among others. Born in New Hampshire and raised in Seattle, he eventually spent a decade in New York and presently is based in Paris. As a composer and musician he has been involved in hundreds of concerts and performances around the world over since 1993. His

Oren Ambarchi is a composer and multi-instrumentalist with longstanding interests in transcending conventional instrumental approaches. His works are hesitant and tense extended songforms located in the cracks between several schools: modern electronics and processing; laminal improvisation and minimalism; hushed, pensive songwriting; the deceptive simplicity and temporal suspensions of composers such as Morton Feldman and Alvin Lucier; and the physicality of rock music, slowed down and stripped back to its bare bones, abstracted and replaced with pure signal. Ambarchi has performed and recorded with a diverse array of artists such as Fennesz, Otomo Yoshihide, Pimmon, Keiji Haino, John Zorn, Dave Grohl, z'ev, Toshimaru Nakamura, Peter Rehberg, Merzbow and many

more. Since 2004 Ambarchi has worked with American avant metal outfit Sunn 0))) contributing to many of their releases and side-projects including their Black One album from 2005 and the recent Monoliths & Dimensions release.