to dance, comedy and theater, SummerStage fills a vital niche in New York City's summer arts festival landscape. Since its inception twenty-nine years ago, more than six million people from New York City and around the world have enjoyed SummerStage. The festival runs from June 3rd to August 24th.

This year, SummerStage and FANIA are teaming up in celebration of the 50th Anniversary of the iconic label! Programs across the five boroughs will celebrate and reflect on FANIA, showcasing both the past and present performers in the neighborhoods where this movement was born.  Music lovers will enjoy everyone from legends such as Roberto Roena, Joe Bataan, and Ismael Miranda to more modern decedents of the FANIA sounds,  including Chilean hip-hop fusion artist Ana Tijoux and psychedelic Salsa group La Mecánica Popular. A very special Fania All Stars show will close out the season in Central Park, an outdoor event that is sure to be reminiscent of their 1976 Yankee Stadium concert. The series will be multidisciplinary, and include Dance, Music, Poetry, Film, Panels and Family Programming.

The 2014 Dance programs of SummerStage will open with award-winning tap dancer Jason Samuels Smith, as he takes the stage in Brooklyn with renowned musician/singer/composer Owen "Fiidla" Brown. In July, fans will welcome Ballet Hispanico, recognized as the nation's premier Latino dance 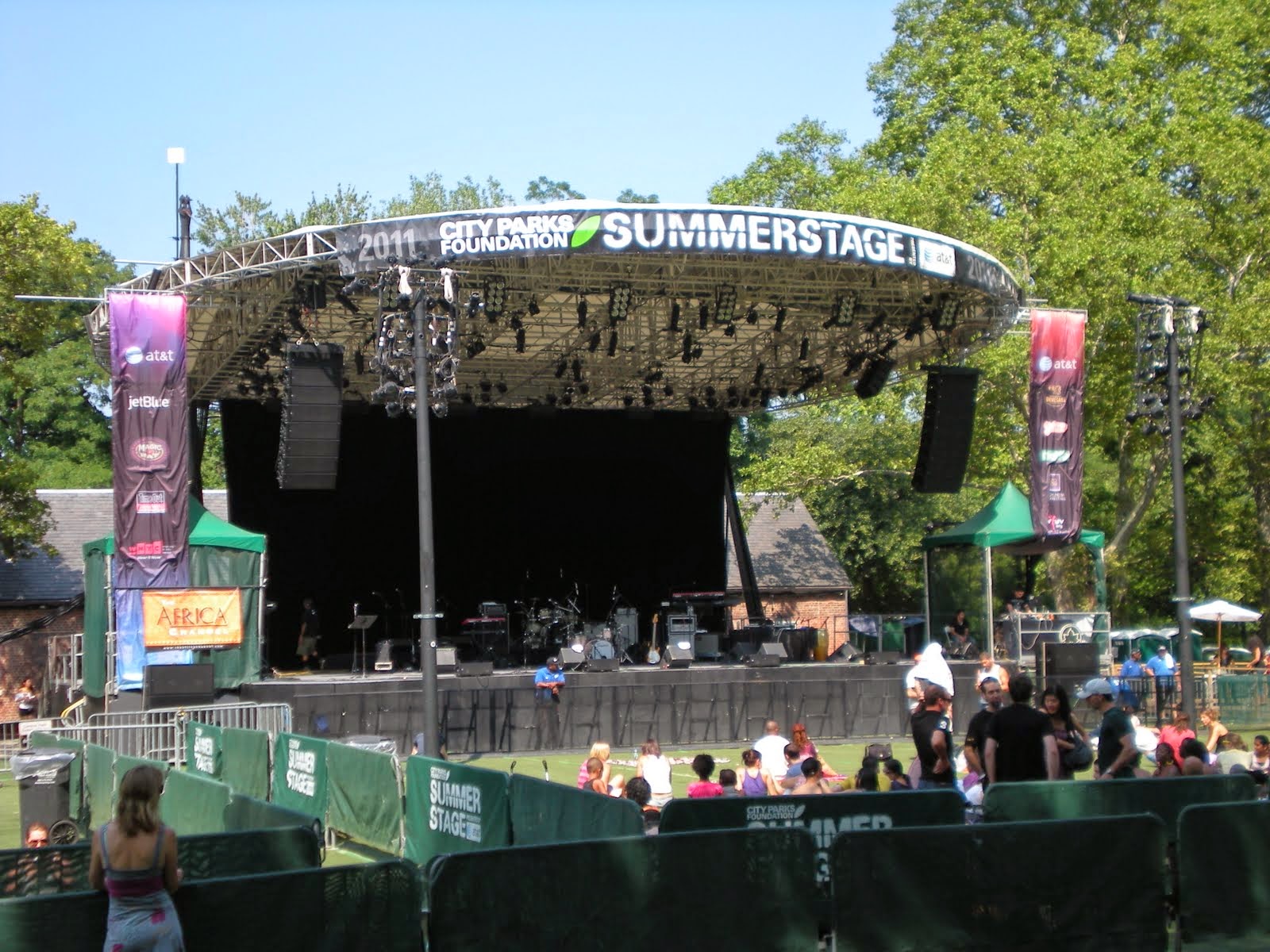 organization, who will perform under the stars on two not to be missed evenings. Their Central Park performance on July 16th will include a special piece celebrating the life and music of Celia Cruz on the anniversary of her 2002 performance in Central Park and her 2003 passing. Rounding out the season will be African dance company Urban Bush Women, who will present works in celebration of their 30th anniversary, and a diverse bill specially curated by arts writer Valerie Gladstone.

"We are so excited to present our 2014 SummerStage season in celebration of FANIA and the 50th anniversary. Our fans will be wowed by new and intriguing talent as well as legends that spearheaded

the musical movement right here in New York City five decades ago." says City Parks Foundation President, Alison Tocci. "SummerStage has something for everyone of all ages and all artistic tastes, so we hope to see you out in the park."

For the most up-to-date scheduling and line-up for all SummerStage programming, follow SummerStage via the below links.  For festival information, visit www.SummerStage.org