NEW YORK CITY - moe., the preeminent progressive rock band on the music scene today and a quintet of world class musicians, whose creative output equals that of their longevity, will perform an intimate show on Wednesday May 28th at Stage 48 in midtown Manhattan. The band will perform a rare acoustic set in the early part of the evening as part of a VIP ticket package that also includes a top 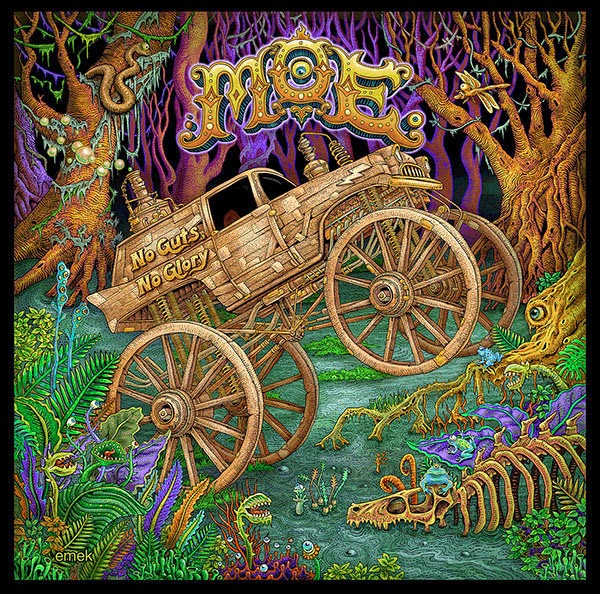 shelf open bar, buffet stations, a commemorative show poster, a meet and greet with the band where fans will get their posters signed, and more. The band will perform a full two-set show for both VIP and general admission audiences beginning at 10pm.

Over a journey spanning nearly a quarter-century, moe. has let their knack for dynamic, democratic improvisation influence nearly every facet of the band's existence. In concert, they stretch the boundaries of their source material into intricate, set-long suites where distinct songs seamlessly segue into one another in exhilarating fashion. In the studio, their eclectic, wide-ranging sensibilities manifest in playful, varied albums that spotlight both their fluid musicianship and their incisive, hook-laden songwriting.

Available May 27, 2014 on Sugar Hill Records, moe.'s new album No Guts, No Glory finds moe. at their most inventive and resilient. The album's eleven songs (fourteen on the deluxe CD, digital, and double vinyl editions, featurin artwork by Emek) took a winding path. "These songs were written with an acoustic album in mind," says guitarist and vocalist Chuck Garvey. When that original intention fell victim to logistical hurdles, Garvey says, "we ended up making a whole different thing."