TORONTO - I had the opportunity to check out the newly launched Lisabel suite at the InterContinental Toronto Centre and speak to the artist and agent/co-partner Glenn Miller. 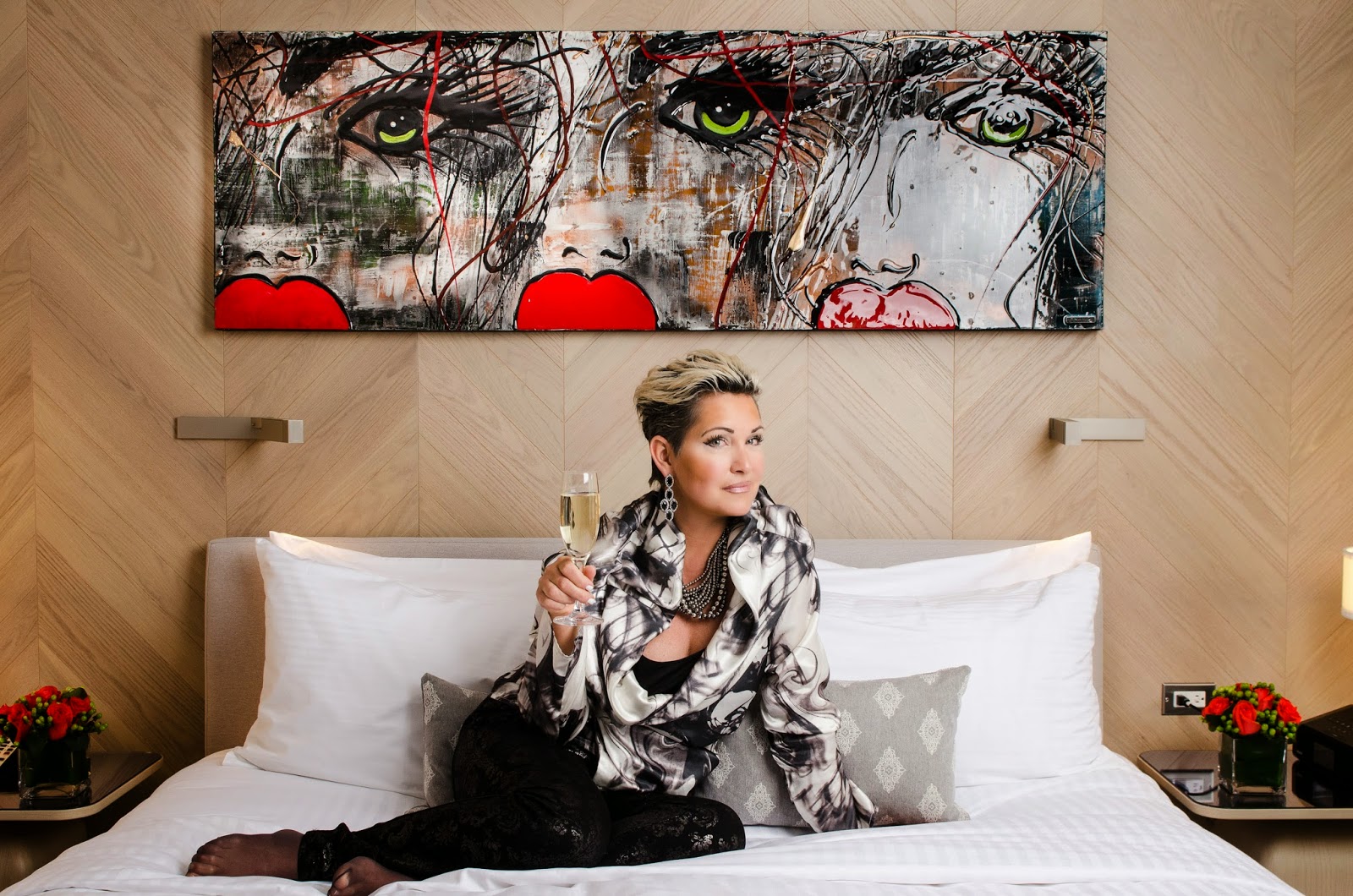 Lisabel's bold abstract works greet you from the lobby along with - for a limited time - the Lamborghini Art Car that's gotten her eye popping and colourful makeover.

Her pieces are bright and wonderfully textural and made of composite materials - a medium, as it turns out, where you could say she has some history. Self-taught as an artist, she was actually one of the first female graduates of a program in composite materials from CEGEP de St-Jérôme, QC.

"I sold engineering and chemical products," she recalls - all while working on creative projects. She began her artistic career during a stint in Atlanta. "I made about 20 pieces and sold many of them."

"It was my dream to do this," she says of the life of an artist. "In 2007, I had a big roller blade accident - I broke my back, my wrist. It was difficult. God decided for me." Choosing to pursue art full-time proved to be fortuitous. Later in 2007 she won the first Grand Prize in Distinctive Techniques at the 24th International Visual Arts, Sound and Light Gala Contest held by the Cercle des artistes peintres et sculpteurs du Québec and it began the process of raising her profile in the arts scene. 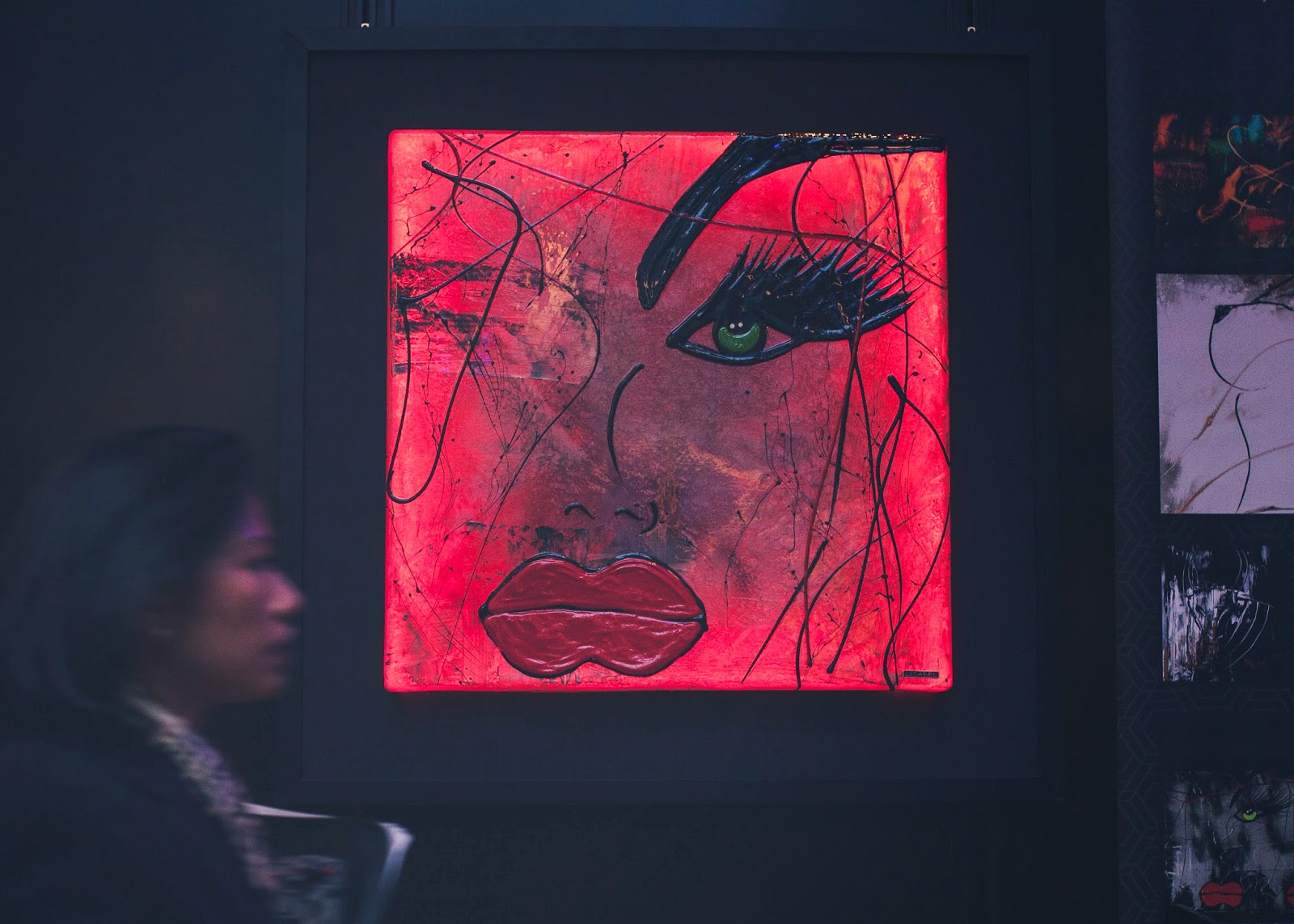 Together with Glenn Miller, she now owns and runs a studio and gallery in Montreal and her work has been shown in Europe and North America and is part of collections all over the world.

The Lisabel Suite is a themed suite at the InterContinental - the second such project (the first having launched in Montreal in 2010). It's not only an opportunity for the artist to market work in a new way, but also to bring art into the public sphere in a space outside the sometimes too rarefied atmosphere of the gallery.

Glenn is her agent and co-partner. "I had a 50-year vision of the business. I wanted to build a brand," he says. He began by considering projects involving strong global brands and approached the InterContinental in Montreal. They sold InterContinental on showing some of Lisabel's work in their lobby and then - prodded in part by the general blandness of hotel room decor worldwide - expanded by suggesting the concept of creating a theme out a hotel suite. 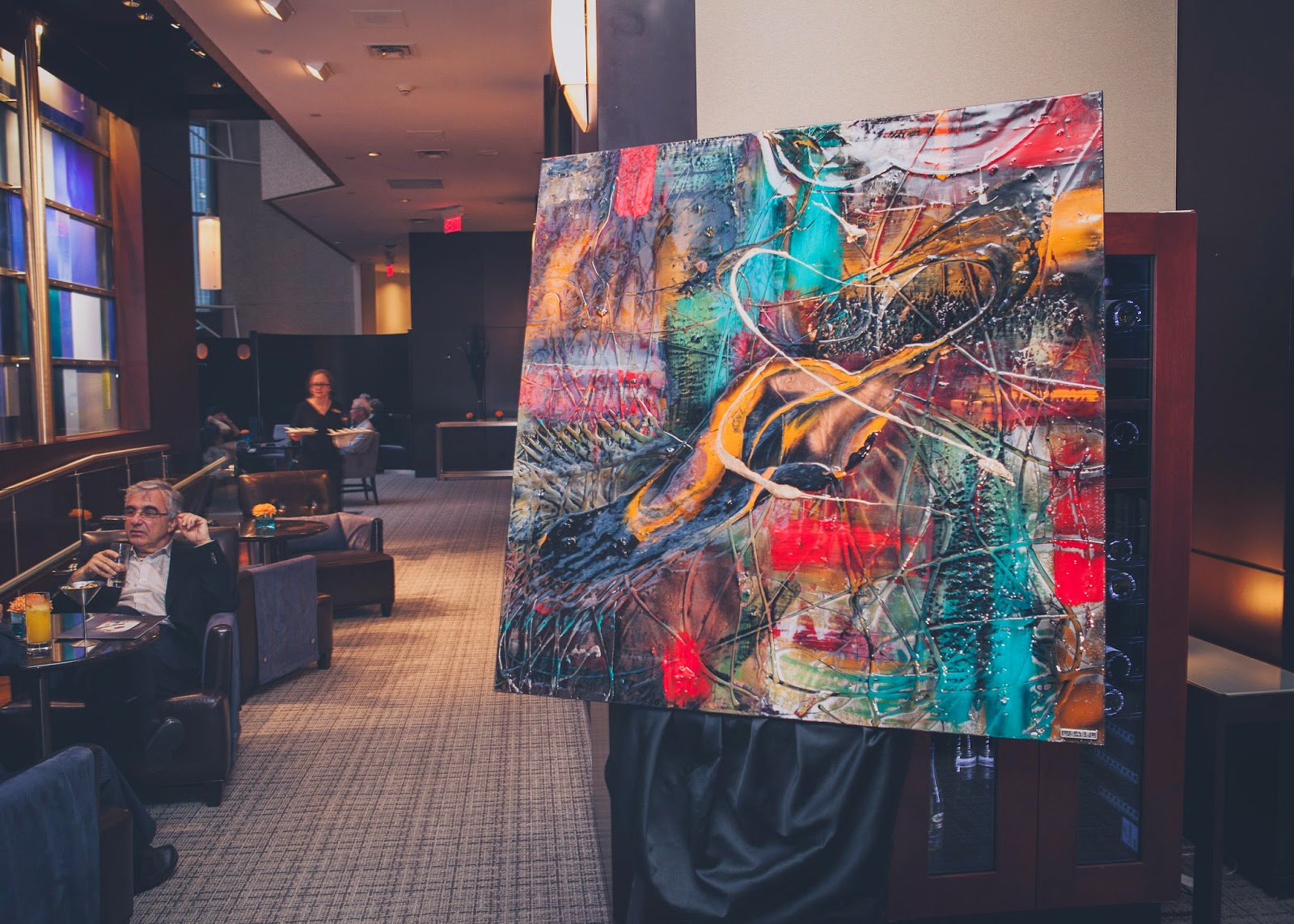 The result was what is now one of the honeymoon suites at the InterContinental in Montreal, for which Lisabel made an exclusive collection of pieces. Her work has an immediate appeal - striking, textural and with a richly saturated palette of colour - that adds a distinct note of urbam glamour to the typically neutral tones of the hotel suite.

"Once you've done that, you've created a concept that you can market," Glenn explains. "Once a year we change the collection. There will only be one Lisabel Suite in town." 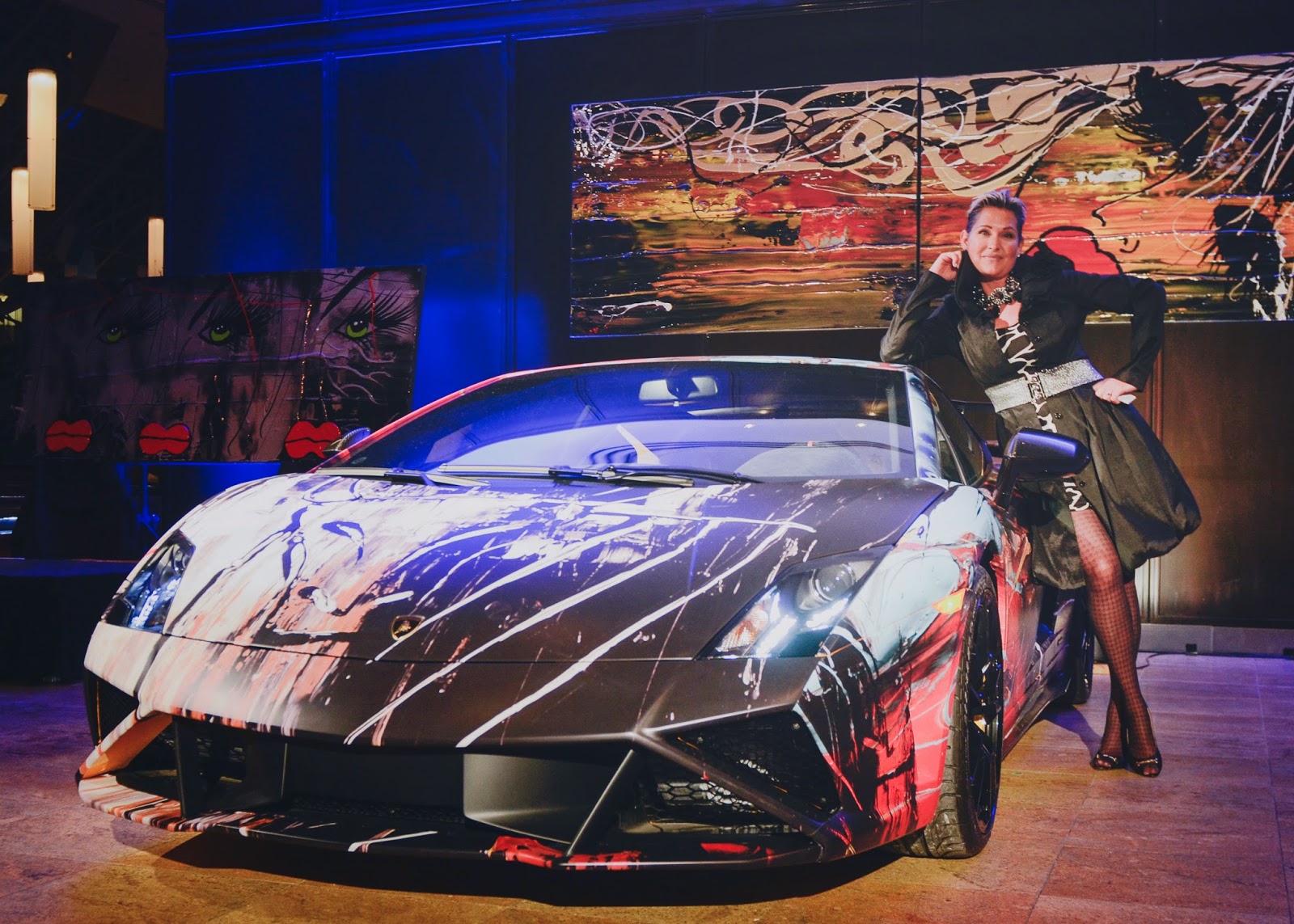 About the Lamborghini Art Car
Grand Touring Automobiles (GTA) presents an exclusive custom-designed 2012 Lamborghini Gallardo 560-4. The stunning work of art was created by world-renowned, Canadian artist Lisabel - who painted the original work in composite materials (the same medium that the shell of the Lamborghini is made of), recast them in 3M vinyl, and then enveloped the Lamborghini in the material.

Lisabel joined forces with Lamborghini to fuse the technological fit and the beauty of her art, with the world's most artistic, desired car. "The car served as a source of inspiration to bring a feminine artistic touch to the sexiest modern car today", shares Lisabel.

"GTA and Lisabel share the same clientele and many of the same brand attributes, such as high-performance and exclusivity. The Gallardo is a true exotic, and the one prepared by Lisabel is truly art on wheels. It's sexy, too." says Shawn Morris, Vice-President of Operations at Grand Touring Automobiles. 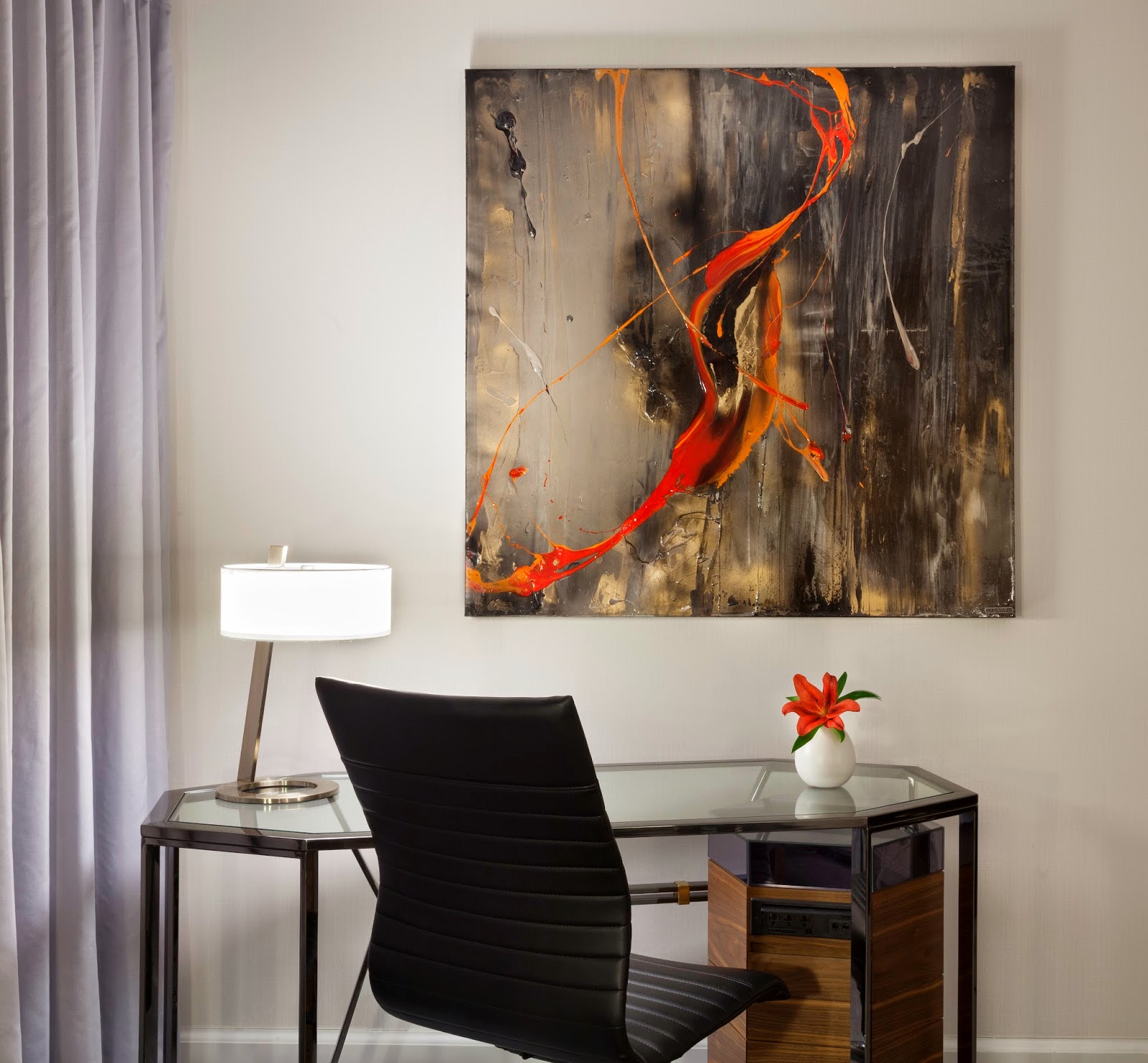 “We are delighted to have this partnership with Lisabel. Her vibrant urban art is a perfect match with our sleek and contemporary hotel design and dynamic downtown city feel” says Alexi Hakim, General Manager, InterContinental Toronto Centre.